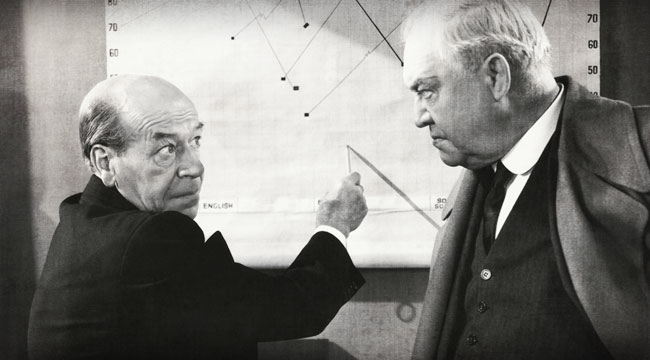 When Genius Fails Again, Part I

Jim was referring to his colleagues, during and after, the collapse of Long Term Capital Management (LTCM) in 1998. Jim not only had a front-row seat as a leading attorney for the firm, but during the bust, he lost 92% of his own net worth… in one week.

“Statistically, they had IQs of 165… they really were twice as smart as I was,” Jim went on “but you guys must’ve got it wrong. You couldn’t — you can’t possibly understand risk. All your models, and all your theories, and all your teaching, and all your learning, and everything you guys stand for can’t be right. Because if it was right, this wouldn’t have happened.”

Not long after the phenomenal meltdown of LTCM, it became obvious to me, and many others, the whole financial system was a house of cards built on leverage and debt.

I moved my family to Paris at the time to help Bill Bonner found The Daily Reckoning. Our goal was then, and remains now, an effort to pull back the curtain and let everyday investors see what goes on in the boardrooms of Wall Street’s biggest banks and in the corridors and meetings rooms of the Capitol in Washington, D.C. We founded Agora Financial with the same mission.

Several years ago, I had a meeting with Jim Rickards. He was slated to speak at our annual symposium in Vancouver, British Columbia.

Jim had already made a name for himself in the research and publishing world, having written Currency Wars and its follow-up TheDeath of Money, both on subjects I’d written about extensively myself. His experience working with the CIA’s financial risk assessment unit, Project Prophesy, had already made him somewhat of an overnight Internet sensation, too. If you hadn’t been living under large mossy objects in the prior years, it wouldn’t have been difficult for you not to recognize him.

But even then, it was Jim’s back story that captured my attention. Having been inspired by the big bust at LTCM, I was shocked to hear Jim’s day-by-day, firsthand account of the week that it all came crashing down.

“We were there on Sunday. We were there for the whole day. Things were printed out at the time. We didn’t have the Internet,” Jim continued motioning to his iPhone. “So we were turning pages, like here’s our Italian bond position. Here’s our French equity basket position. Here’s our Japanese JGB position. Bum, bum, bum. We had a $1.3 trillion extended balance sheet. This is a hedge fund. This is not a bank. $1.3 trillion in 1998 dollars.

“At the end, Peter Fisher [then head of open market operations at the New York Federal Reserve], his face is white, looks to us and says, ‘I knew you guys could destroy the bond market, but I didn’t realize you could destroy the stock market.’”

At its peak, LTCM was leveraged 250-1. And they had made derivative bets totaling $1.25 trillion that connected them to nearly every market on the globe. Then came the Asian Crisis and Russia’s default on its national debt in August 1998, and the models showing a likely reversion to the mean for trillions in outstanding trades were simply proven wrong.

In an instant, LTCM’s derivative bets started going bad and the firm took $1.85 billion in losses.

“Monday morning, he has breakfast with David Komansky, CEO of Merrill Lynch; Sandy Warner, who at the time was CEO of J.P. Morgan; Jon Corzine, who was CEO of Goldman; and the — oh, it was like the — I think it was the No. 2 guy at Citigroup, down at — Derek Lawn, I think. But we gotta do something. So they cogitate for three days.

“So Wednesday afternoon, we get a term sheet. This is the beginning of the consortium. Fourteen Wall Street banks send us a term sheet for the bailout. Now, they didn’t bail us out. They bailed themselves out, because we were on our way to zero.”

Unlike today’s activist Federal Reserve, the Fed at the time didn’t get involved. “The Fed would say,” Jim recalls, “‘We served warm Cokes, but that’s all we did. We let these guys figure it out among themselves.’ They were Big Brother. But nobody in those days thought the government could do it. I mean, they had the resources, but nobody thought the government had any business bailing out a hedge fund. That idea was way off the table.’”

David Stockman, another friend and colleague, was a partner at Salomon Bros. in the late 1980s when LTCM founder John Meriwether was still at partner at the firm.

“When Meriwether left,” David told us during a meeting we hosted in Baltimore this past Wednesday, “and Rickards and all the rest of them joined him, I knew him pretty well. When he launched Long Term Capital Management, he raised something like a billion dollars, which in those days was unheard of.

“Meriwether had a cocktail party, and he invited to come, so I went. I met Myron Scholes. I had heard of him… I mean Black-Scholes was something I knew of even then. I was speaking to him over a couple of drinks, and I said, ‘What is your strategy in terms of your targets and expected returns and level of risk, and what are you telling these investors?’ Because it was quite a phenomenon that they raised a billion dollars in something like two months.

“Because they had a black box. And it worked for like four or five years. The made huge returns, and more money piled in… until 1998, and then the thing blew sky-high.”

The episode is famously described in Roger Lowenstein’s When Genius Failed. Maybe you’ve read it. About 30% of the book is Jim dictating events as they happened directly to Lowenstein.

“What happened,” Stockman helps to explain, “when the crisis came in 1998 — the new Greenspan era — there was a flight from so-called risk on into Treasuries, and Treasuries rallied like never before. What it did was it destroyed their firm in a couple of weeks. Because the hedge that was supposed to be generating offsetting income against the prop trades that were failing actually went against them.

“If you’re massively short the Treasury as a hedge and the Treasury bond is rising, you’re getting killed by your hedge… even as you’re losing a ton on all your various fancy prop trades.

“There had never been one of these massive flights to safety — it never had happened before. So therefore, in their model, there was no case where they would lose money, let’s say, on a high-yield bond, and there was a high-yield bond market then — Russian bonds or whatever.”

It had become a new feature of the Greenspan bubble era. There was never a case where the Treasury would rally when interest rates were rising. It had never happened before. The economic models at LTCM — despite the Nobel Prizes in economics, despite the prestigious chairs at Harvard, Berkeley and Chicago, despite the billions in trades under their belts — couldn’t predict the event. Nor could they help the traders out of a jam. LTCM crashed like a burning zeppelin.

“I had made millions at Greenwich Capital,” Jim Rickards laments, “And then I made millions more at Long Term Capital. I was the highest-paid lawyer on Wall Street. I wasn’t making $25, $30 million. I wasn’t a trader. But for a lawyer to be banging out a couple million dollars a year, I was probably the highest-paid lawyer on Wall Street, other than maybe a litigator who was doing tobacco cases. And I put all that money into Long Term.

“So I’m all in at land Long Term Capital, right? A big stack, it was all in Long Term Capital. So that week… I lost 92% of everything. I ended up 8 cents on the dollar. So I wasn’t broke, but I got, like, six figures out of what I put in. Meanwhile, believe it or not — I had actually paid off my mortgage. Big house in Connecticut. I had no debt. But I went and took out a mortgage so I could put more in, because I’m like, what could be better than investing in the Feds, right?

“And I didn’t think about diversification.”

According to the Bank for International Settlements (BIS), on the eve of disaster at LTCM in June 1998, there were about $70 trillion in total world derivatives.

In June 2007, prior to the meltdown of Bear Stearns and the ultimate demise of Lehman Bros. a year later, there were roughly $510 trillion in derivatives outstanding — up 628% from the risky decade before.

By June of last year, by one estimate, total world derivatives were $1.5 quadrillion — that’s 14 zeros — an increase of 194%. What will happen the next time these geniuses fail?