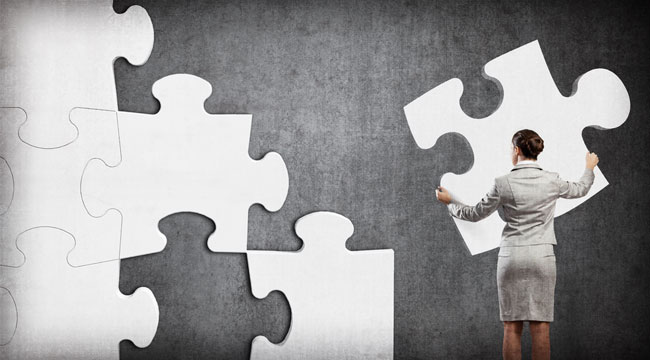 When a Tax is Not a Tax: Inside the Mind of an Obamacare Advocate

Obamacare’s conservative critics sure know how to make themselves look out of touch. From Sarah Palin’s 2009 warning about “death panels” to last week’s headlines that a new CBO report said the Affordable Care Act would kill more than two million jobs, the law’s critics keep telling whoppers.

Say this much for the critics, though: At least they’re just bungling the facts.

Facts are easy. You can check facts. What supporters of the law are doing, on the other hand, transcends factual bungling. It’s far more advanced: a warping of reality so debauched it looks like something out of a tale by H.P. Lovecraft.

Christina and Timothy Sandefur offer a perfect example in the latest issue of Regulation magazine. The fine levied for failing to purchase insurance, they note, is a “penalty that’s a tax but doesn’t raise revenue.”

Obamacare is liberating people from the tyranny of gainful employment! What could be better?

Cast your mind back to those halcyon days of yore, when the law was first being debated. Democrats were keen to insist, as President Obama did in an interview with George Stephanopoulos, that the penalty was “absolutely not a tax increase.” On the other hand, the law’s proponents worried the Supreme Court would not buy the line that Congress had the power to impose the levy under the Commerce Clause. (They were right about that.)

So they came up with the bright idea of calling the penalty an “excise tax on individuals without essential health benefits coverage.” That was pretty sketchy, since an excise tax applies to the purchase of goods, not to individuals who haven’t bought a good. But it worked: In 2012 the Supreme Court’s majority rescued Obamacare by agreeing to call the penalty a tax.

At the same time, the Court also insisted that the penalty was not a tax. This was the only way to get around the Anti-Injunction Act, which generally requires someone to pay a tax before he can challenge the collection of it. Since the mandate penalties originally did not kick in until 2014, that would have prevented the Court from ruling on the law’s merits until much later.

The Constitution says, “all bills for raising revenue” must originate in the House of Representatives. But the ACA originated in the Senate, when Majority Leader Harry Reid took a House-passed measure, deleted its text, and substituted what became the Patient Protection and Affordable Care Act for the original bill.

The Pacific Legal Foundation is challenging the constitutionality of Obamacare on Origination-Clause grounds. In response, the Obama administration claims the ACA not only originated in the House, but also that it is — wait for it! — “not a ‘Bill for raising Revenue.’ ”

So is the penalty a tax or not? Answer: Pick a color between one and 10.

And this is only the beginning. Consider the ACA’s other controversial mandate — the contraception mandate, now being challenged by (among others) Hobby Lobby, a company called Conestoga Woods, and Little Sisters of the Poor, a Catholic charity. They do not want to be forced to provide or arrange for contraception, which violates their religious beliefs.

In response, Obamacare defenders could simply say that life is full of trade-offs, and ensuring access to free contraception is more important than religious liberty. Instead, they want to claim both sides of the argument by insisting that those who object to the mandate are the ones violating religious freedom. Not buying your employees contraception, their argument goes, violates the employees’ freedom of religion. How? Because, um … hey, look, a squirrel!

The other day The New York Times took this absurdity another step further. The paper argued — you might want to grab a chair — that not forcing companies to furnish contraceptives for their employees violates the Establishment Clause of the First Amendment.

Moving on: The Affordable Care Act says people who qualify can obtain subsidies to buy insurance through an exchange “established by the state.” Thirty-four states have no exchange of their own; they have exchanges established by Washington. This means the people of those states are ineligible for subsidies. According to the law’s defenders, though, the language of the law does not say what it says, because we all know what Congress really meant. Or something like that.

Which brings us to the present, and the CBO’s projection that Obamacare will induce more than 2 million people to quit working or cut back their hours to take advantage of the law’s subsidies. Conservatives initially misread this as saying the law would destroy 2 million jobs, which was wrong of them; employers will not lay off 2 million people.

But if conservatives were too quick on the trigger, what excuse do liberals have? Not content to point out the truth, they have tried to spin the news as good: Isn’t it wonderful that those who could work will choose not to so they can reap benefits from the shrinking cohort of the employed? Obamacare is liberating people from the tyranny of gainful employment! What could be better?

Answer: “a comprehensive national health care system and a guaranteed basic income,” according to Alex Pareene of Salon, because “people should be free from [lousy] jobs.” If they were, then they could “spend more time with their families,” enrich themselves, get educated, “and even just… [fool] around a little more.” (No word on who, exactly, will be left to provide the income in this non-worker’s paradise.)

A world in which nobody has to do unpleasant work is a world in which you ride to the park on a unicorn. But that is a world many of Obamacare’s supporters inhabit: a place where the individual mandate is both a tax and not a tax; where the First Amendment’s Establishment Clause requires religious people to violate their faith; where “the state” means “the federal government”; where taking a job is wage slavery, but taking a handout is freedom.

Makes you wonder what color the sun is there, doesn’t it?

Ed. Note: The last laugh will come from those who’ve already found a way to “opt-out” of the whole Obamacare nonsense. And that’s precisely what Laissez Faire Today readers have been given the chance to do. Sign up for the FREE Laissez Faire Today email edition to learn more about this and other great opportunities to safeguard your wealth and freedom.

Dave Gonigam reports on renewable energy from inebriating beverages. Plus, the globe’s cheapest source of electricity by 2030, and a surprisingly shiny way to play it…