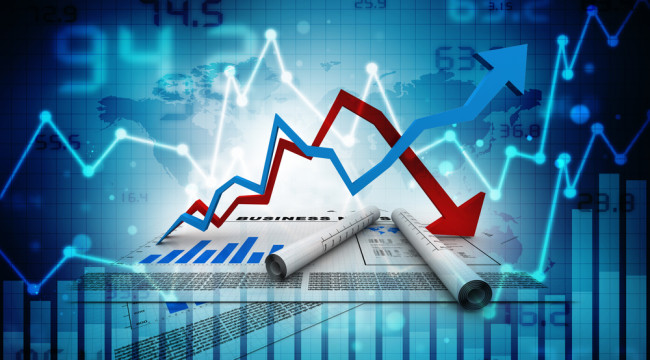 What’s Next: Deflation, Inflation, or Hyperinflation?

“What do we stand for as a publishing business?” they asked.

“Who are we? How are we different from anyone else? What do we think that others don’t?”

So, to answer these questions, let’s look first at the range of opinions on offer…

First, there is “the authorities must know what they are doing… besides, I have more important things to think about” camp.

This is by far the largest group: hoi polloi. The masses. The lumpenproletariat.

There may be some grumbling and kvetching. But most people count on the feds to manage the economy, foreign policy, the future, and the government.

They expect mistakes from time to time. But they also believe the system can be trusted to produce an acceptable, although perhaps not always ideal, outcome.

And if not, God help them. Because the difference between the outcome if they bothered to think about it and the outcome if they didn’t is the same. They have no ability to influence public policy… and not much room to maneuver in their private lives.

They get salaries, pensions, Social Security. They need jobs, mortgages, student loans, and medical insurance. They have little capital to invest or protect. They depend so heavily on “the system” that they can’t afford to believe there is something deeply wrong with it. They go along. They get along.

At the other end of the idea spectrum, there are the edgy, malcontent, and extremely marginal opinions.

A man, sitting in his double-wide watching TV can come to hold all sorts of wacky views. There is an entire infotainment industry that provides screwball opinions.

Well, that is a market. But it is not ours. Let others fill that demand.

There used to be a tabloid newspaper called Weekly World News. You would see it at the convenience store, right in front of the checkout with enticing headlines such as: “Garden of Eden Found”… “Obama Adds Himself to Mount Rushmore”… or “150-Year-Old Man Finally Graduates from High School.”

Our favorite was a front-page photo of an airplane crashed on the surface of the moon. “WWII Bomber Found on Moon,” was the headline. “Pilot Error, Say Experts.”

But it is the far-out world of money, economics, and finance that interests us.

We try to figure it out. We try to understand. We try to see what’s coming before it arrives. And we try to be serious about it.

Apart from the mainstream view – that the authorities have things under control – almost all serious analysts see a terminal problem developing.

The current situation (with zero and even negative interest rates… and debt expanding much faster than GDP) can’t go on.

Most of the guesswork is now focused on when and how that end comes.

Recently, one of our dear readers summarized the three major points of view, along with one minor one:

Like Bob Prechter (I don’t follow him closely, but his argumentation sounds similar), Dent bets on deflation and depression.

Fighting debt deleveraging and demographics is like putting yourself in front of a tsunami.

In such an environment, the U.S. dollar would gain purchasing power, and gold would underperform significantly. (Harry sees it back to $700 in 2018-19.)

Cash/T-bills/short-term Treasurys are the place to be. Rates will stay low for very long.

Inflation Camp
Jim Rickards’ thesis – “inflate debt away via a massive issuance of SDRs after China has joined the club” – is also very credible.

World currencies are massively diluted via issuance of SDRs, which serve only the powers that be. Rather than a new gold standard, this is the solution to Triffin’s dilemma (more flexibility for the elite).

[Triffin’s dilemma describes the constant need for the global reserve currency issuer – in this case, the U.S. – to supply the world with reserve currency by way of a long-term trade deficit. Eventually, argued Yale economist Robert Triffin, this would lead to a loss of confidence in the reserve currency.]

Citizens are excluded/not allowed to own SDRs. Their purchasing power shrinks. They don’t know who to blame.

The IMF does not consist of elected officials, and the majority of the population doesn’t even know it plays a role in creating inflation. And they can pretend that they have to save the world, too. (Remember the Greek bailout?)

Hyperinflation Camp
Shadow Stats’ John Williams is having a really hard time fighting for his ideas. He is right about the “CPI-CP Lie” and the current true state of the economy. But whoever invests along his ideas is running out of capital to stay in the game.

Peter Schiff and Mike Maloney are on a similar line. The problem with them is that they have a conflict of interest with their businesses. But I have no doubt about their integrity: They do/live what they say.

Deflation to Hyperinflation Camp
I recall an interview with Nassim Taleb on Bloomberg TV in 2009 when he said, “We will go from deflation to hyperinflation without seeing inflation.”

Our view is that Taleb will be proved right.

Back in 2009, we predicted “Tokyo… then Buenos Aires” – a Japan-like deflation, followed by Argentine-like hyperinflation.

Most likely, there will be no stop in between for moderate levels of inflation.

Inflation, as economist Milton Friedman observed, is “always and everywhere” a monetary phenomenon. But hyperinflation is a political phenomenon.

It is caused by those same authorities the masses think they can trust. When they are threatened, they will protect themselves by printing money on a scale we haven’t seen since the War Between the States. (Consumer prices in Richmond, Virginia, had risen 6,700% by the end of the war.)

There are times when printing money seems like the best course of action – especially for the people running the printing press. It may not do the common man any good, but it gets the feds out of a jam.

But that is a long story… and one for the future.

We’re still in a Japan-like long, slow slump. And it looks as though we’re going to be there a while longer.

Tomorrow, we’ll look at China – and more reasons why we are in a deflationary trend right now. So stay tuned…