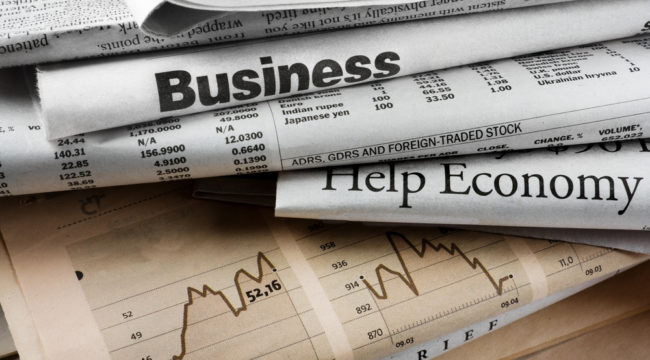 What’s Coming Is Going to Be a Mess

But over the next couple of years, it’s going to get a whole lot worse. As economies worsen, there will be more social unrest, more angry people, and crazier politicians. Somebody will try to come along on a white horse to save us all, but she usually makes it worse.

Are we at a point right now where it feels like it’s accelerating. People all over are very unhappy about what’s going on. If you read history, there are a lot of similarities between now and the 1920s and ’30s. That’s when fascism and communism broke out in much of the world. And a lot of the same issues are popping up again.

Brexit could be a triggering moment. This is another step in an ongoing deterioration of events. It’s also an important turning point because it now means the central banks are going to print even more money. That may prop the markets up in the short term.

We have a strange economy. Markets look like they’re fine. But underneath the surface, most stocks are not doing well. Most stocks around the world are down. Most stocks in the United States are down. In 2015, when the market averages were flat, twice as many stocks were down on the New York stock exchange as were up. And in the last nine months, earnings are down in the United States. A recession is starting, it is already in place. But if you look at the averages and the bond market, they still go up.

That’s because all the central banks are running their printing presses as fast as they can, and Brexit means they’ll run them even faster. Except for the central banks printing a lot of money, the entire market would have tanked by now.

We had a problem in 2008 because of too much debt, domestically and worldwide. Now the debt levels are staggering compared to 2008. Some countries have up to five times as much debt as they had eight years ago. And the dangers now are even larger than 2008.

If you look at the last few bubbles, the Federal Reserve at least had the ability to drop rates from 6% or 5% down to zero. Now it has virtually no room left to maneuver.

The Fed doesn’t know what it’s doing. This is all an experiment with them. They just decided to print more money, drive interest rates to zero, and see what happens. There are going to be profound consequences of this giant delusional experiment.

Ironically, with negative interest rates in so many places around the world, investors are putting their money in the U.S. because they think the dollar’s a safe haven and at least there’s still yield in the U.S. But history shows it’s not sustainable.

In the 1920s, America had to raise interest rates because of the debt situation in Europe after WWI. The U.S. stock market went through the roof because all the money going from Europe to the U.S. Stocks became so overpriced because all that money kept flowing in one direction. Then all of a sudden… the bubble burst. The Great Depression, fascism and communism came next.

Every situation is different, and you can’t draw exact parallels between different eras. But history rhymes if it doesn’t necessarily repeat, as Mark Twain said.

I’m very worried because what we’re facing now can get worse than anything most of us have seen in our lifetimes. The world may be overdue for a crisis of that magnitude. Throughout history, we’ve had periods of severe crisis. I don’t mean 1968 or 2008, for instance. I mean a serious crisis with widespread bankruptcies, massive unemployment, the emergence of dictators, and war.

America’s the largest debtor nation in the history of the world. And the debts are getting higher and higher. The U.K. has huge government debts, huge balance trade imbalances, and now they’ve voted for Brexit. That’s going to cause many problems within the U.K. because of all the tensions that are building up. Spain has problems. Italy has major problems now with its banks. Germany has problems. China has a massive debt problem. Japan looks like it could resort to helicopter money as a way out. There are few bright spots.

Societies around the world are already falling apart, or nearly so. Look at all the recent terrorist attacks and mass shooting incidents in America and Europe. And look at what’s happening in Venezuela right now. People are literally starving. Even the most basic necessities of life are impossible to find in stores. Hundreds of thousands of people are trying to get into Colombia to buy food.

The government just makes it worse because it doesn’t know what it’s doing. What we’re seeing in Venezuela has happened in many countries throughout history. It’s happened to many countries in the last century — this isn’t something that happened 500 years ago. It hasn’t happened in the U.S. yet, of course. But don’t think it can’t if the circumstances are right.

The European Union as we know it is not going to survive. Not as we know it. Britain voted to leave, and France could very well be next. Why France? One of the main reasons is because the French economy is softer than the German economy. At least in Germany people are still earning money and making a living, despite all the recent turmoil. In France, the same malaise that’s settling over the U.S. and other places is settling in. And it’s going to spread.

There is no place to hide with what’s coming. I’m not saying it’s coming this year, or even the next. I can’t give a specific date. But imbalances are building up to such a degree, they just can’t continue much longer.

We’ve had two 50% market drops in the last 15 years. Why can’t we have a third? And if it can drop 50%, why can’t it drop 75%? It can and it will ultimately. But in the meantime, all that money printing could still drive stocks higher. And central banks might take even more desperate measures to keep the game going.

The Japanese central bank is already buying stocks. It’s already bought all the government bonds. The European Central Bank is running out of bonds and government bonds to buy. Now it’s starting to buy corporate bonds. Why can’t that happen in America? Why can’t the Federal Reserve buy these assets?

When Bernanke was head of the Fed he said, “If we have to, we’ll buy anything. We’ll buy shares of gold mines.” If the Central Banks all over the world buy stocks, there’s really no top.

At the beginning of 2008, the head economist at the Federal Reserve in Washington, DC published a paper that mocked all the people out there who warned about a housing crisis. He said they have 1,000 of the smartest and best educated economists in the world working at the central bank of the United States. Those fools don’t know what they’re talking about. We do.

Except they didn’t. And that’s the problem. Too many people believe 1,000 of the smartest economists in the world who don’t know what they’re talking about. That’s why they get blindsided.

I urge everybody I meet to learn history. Once you become knowledgeable, you’re going to be worried. Once you’re worried, you might be prepared. If you’re prepared, you will be one of those who survives whatever happens.

Because what’s coming is going to be a mess.

Jim Rogers
for The Daily Reckoning

Jim Rogers is an American businessman, investor and author. He is currently based in Singapore. Rogers is the Chairman of Rogers Holdings and Beeland Interests, Inc. He was the co-founder of the Quantum Fund and creator of the Rogers International Commodities Index (RICI).