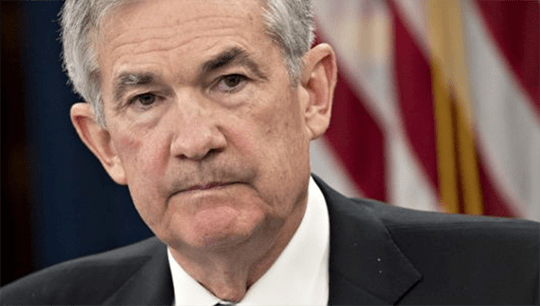 What Will Powell Say Tomorrow?

The Fed kicked off its much-anticipated annual meeting in Jackson Hole today.

Central bankers from around the world are in attendance, although markets are primarily concerned with what Fed Chairman Jay Powell says tomorrow.

Markets want him to indicate that the Fed will take its foot off the brake and adopt a less aggressive rate hike policy, as July inflation numbers were (slightly) lower than expected.

But at 8.5%, inflation remains a serious concern for the Fed. And with its target rate still between 2.25–2.50%, the Fed is still way behind the curve.

Even if inflationary forces have eased a bit, which itself is debatable, inflation is running far ahead of its target rate. Basically, the Fed still has a lot of catching up to do.

But the thing is the Fed doesn’t even understand the source of today’s inflation.

The Fed Has the Wrong Diagnosis

As I’ve argued before, they’re used to models that focus on “demand pull” inflation where consumers are buying in anticipation of even higher inflation to come. But the inflation we’re seeing is called “cost push” inflation.

This comes from the supply side, not the demand side. It consists of higher oil prices due to Biden policies of shutting down domestic oil production. It also comes from global supply chain disruption and the war in Ukraine.

It’s critical to understand the difference between “demand pull” inflation and “cost push” inflation, which is why I keep emphasizing it.

Since the Fed has misdiagnosed the disease, they are applying the wrong medicine. Tight money won’t solve a supply shock. Higher prices will continue. But tight money will hurt consumers, increase savings and raise mortgage interest rates, which hurts housing among other things.

But that’s not all. The Fed began to trim its balance sheet in June. So far, it hasn’t drained much, about $47 billion per month. But beginning next month, the Fed is expected to double that figure to $95 billion per month.

That’s a significant difference. And it’s highly unlikely that Powell will give any indication tomorrow that they plan to reduce that amount. They’ll be going ahead with their plans, at least for a while.

The market may not like it, but the Fed is willing to allow markets to fall, as long as it’s not “disorderly.” Ben Bernanke told me once that the Fed will tolerate a 15% drop. After that, it will only start paying attention if the drop is, again, disorderly.

The Fed will likely continue tightening until there’s something like another “Christmas Eve Massacre.”

When the Fed started QT in late 2017, they urged market participants to ignore it. They said the QT plan was on autopilot, the Fed was not going to use it as an instrument of policy and that it would “run on background” just like a computer program that’s open but not in use at the moment.

It was fine for the Fed to say that, but markets had another view. Analysts estimate that QT is the equivalent of two–four rate hikes per year over and above the explicit rate hikes.

The Fed was raising rates and reducing its balance sheet when on Dec. 24, 2018, the stock market tanked, falling 20% in 2½ months. The Fed panicked and pivoted again to monetary easing.

We can expect a sequel at some point, but we’re not there yet.

Today, the Fed is tightening into weakness. We’re already in a recession, despite whatever happy talk from the administration and the mainstream media. Want more evidence that the economy is weakening?

Lowest Levels Since the Height of COVID Lockdowns

The August Purchasing Managers Composite Index (PMI) print came in at 45, below the expected 47.7, which is at or near recession levels.

The manufacturing component fell to 51.3, the lowest reading since July 2020. And the services component sank to 44.1, the lowest since May 2020, the height of the COVID lockdowns.

PMI is an overall barometer of economic strength, across many sectors. And the trend is not good.

So yes, the economy is slowing. We’re already in a recession, which the Fed will only make worse.

Garbage in, Garbage Out

The Fed’s track record of using the wrong models, using flawed models and doing the wrong thing at the wrong time remains intact. The Fed’s tightening will sink stock markets and slow the economy even further.

It’s a huge mistake, but the Fed will do it anyway. It really has no clue about the real world. I’m a big critic of the Fed models because they’re obsolete and they don’t accord with reality.

That’s why I use a completely different set of models that deal with the real world. They’re based on the same models the CIA used to catch terrorists and break up terrorist plots. Today, I held an event in which I explained how these same models can help you navigate today’s tumultuous markets.

An Unbroken String of Failure

When the Fed realizes its mistake of tightening into economic weakness, it will have to turn on a dime and shift to an easing policy. Easing will come first through forward guidance and pauses in the rate hike tempo, then possibly actual rate cuts back to zero and finally reversing its balance sheet reductions by expanding the balance sheet through more QE.

Then the cycle will start all over again, with the same predictable results.

The lesson is that when the Fed tries to normalize, they can’t do it. They’re caught in a trap of their own creation, with no way out, or at least no easy way out without causing a lot of pain.

Just keep that in mind when you hear what Powell has to say in Jackson Hole tomorrow.