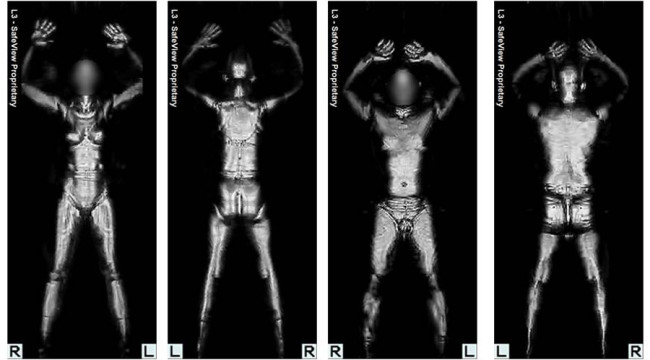 What TSA Really Stands For

Fort Meade, MD – The United States, the least unfree country on Earth, is fighting a major invasion of the Blueshirts.

The most visible Blueshirts constitute a 50,000-plus army that occupies all the airports in America. Recognizable by their blue shirts and their inquisitive eyes and hands, they search and humiliate all Americans trying to leave the country. They regularly peep into the carry-on luggage of their victims, check their prostheses, and grope their bodies. Their official name is the Touch Sex Army (or TSA).

“I just want you to make sure that no crooks, communists, or c***suckers get into this program.”

They do not violate the constitution’s Fourth Amendment, because nobody is forced to do business with them. For example, one can travel by horse from Boston to San Francisco and avoid the TSA altogether.

The history of the Blueshirts is richer than most people imagine. They came as a natural extension of an older occupying army, the Customs and Border Praetorians (CBP). For several decades, they have been applying the same control and humiliation techniques to people entering the country (or found within a hundred miles of the border). In fact, the agency is credited with administering the first Constitution-free zones in the country.

The Blueshirts continue to gain in numbers and power. It is generally admitted that their army now includes not only the TSA and CBP, but also the Naughty Surveillance Army (NSA), which is now at the front lines of the invasion.

“The NSA’s capacity to intercept all communications in the occupied territories,” explains one official, “is necessary to protect the people from still greater tyranny” — although he said the word “tyranny” is banned from Blueshirt-speak.

A recent leak revealed that the NSA has been putting backdoors into the code of encrypted communications. Gen. Keith Alexander, the NSA’s head (if we can use the term in this sense), had tried hard to keep the backdoor program secret. During a high-level intelligence meeting a few years ago, he used the exact terminology that president Lyndon B. Johnson had used more than four decades earlier to defend his welfare state: “I just want you to make sure that no crooks, communists, or c***suckers get into this program.” (We apologize to our readers on behalf of the former president for the crude language, but we have to quote literally what he said.)

After this very insensitive remark was revealed a few weeks ago, one crook, one communist, and one c***sucker — all from the same government bureau — complained to the Equal Opportunity Commission. Of course, Gen. Alexander apologized profusely. “I have nothing against communists,” he said. “They tried to establish the very surveillance programs that all Americans now benefit from.”

We asked Gen. Alexander about Operation Sweet Home, recently revealed by The Martian. Under this operation, the NSA has ordered from Asia more than 5,000 containers of sensors to gather metadata about when any American leaves his home or returns. Alexander refused to answer: “I am not going to comment on anything that the traitor Snowden has not already revealed,” he explained.

“Better blue than dead,” said Alexander, who is known as a great American patriot, before disappearing through a backdoor. President Barack Obama, who taught constitutional law before becoming the first constitution protector, approved: “It is precisely because we are not communists that we can use their methods,” he said.

“The Peeping State is here to stay,” admits a professor of sexology at Harvard University. “After all, we are just spying on ourselves. It’s like the public debt, where we are lending to ourselves. What’s the problem?”

Recently leaked documents revealed that the Blueshirts’ mission is founded on a simple syllogism: “The Constitution is built around checks and balances; therefore, these checkpoints are constitutional.” Our confidential source, a high-level intellectual within the NSA, added rather paternalistically: “Check… checkpoints… capisce?”

The validity of the founding syllogism has been criticized by many logicians, including some inside the Bureau of Alcohol, Tobacco, Firearms, and Explosives (known for its high-level thinkers). Asked about these criticisms, James Clapper, director of national intelligence, declared: “We never willfully denied saying that the syllogism was not false.”

For the NSA’s checks and balance constitutional theory, only checkpoints were considered. The reason is simple: Gov. Chris Christie, movie director Michael Moore, first lady Michelle Obama (some earthly journalists spoke irreverently of her “big butt”), and several congressmen would simply be unable to go through balance points.

The day your correspondent interviewed the Blueshirts’ brass at the NSA’s Fort George G. Meade Headquarters in Maryland (just a stone’s throw from Laissez Faire Books’ headquarters), he could feel excitement in the air: From Asia, the sensor ship was on its way.

P.S. As an outsider looking into your strange and unfortunate circumstance, we can only urge you to fight to hold onto whatever personal freedom you have left. Sign up for the FREE Laissez Faire Today newsletter to learn specific ways you can do just that.