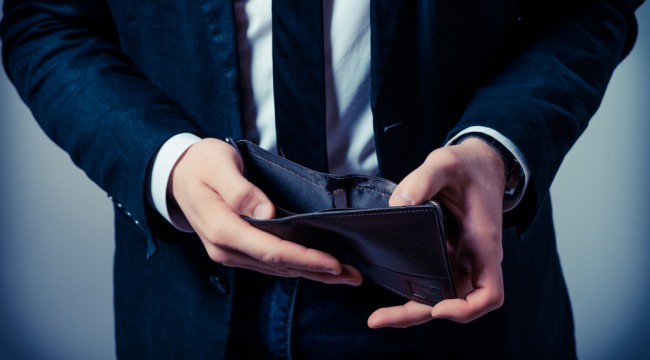 What to Do When the Media Declares War on Your Cash

While investigating Bitcoin, Antonis Polemitis once poked fun by imagining how the media would react to the introduction of cash. He titled his parody, “Bizarre Shadowy Paper-Based Payment System Being Rolled Out Worldwide.”

Cash has been dubbed “bills” among “the shadowy community of anti-banking libertarians who have been the primary users of cash to date,” the article explains, and “though hard to imagine, cash operates with no consumer protection at all. If your ‘bills’ are stolen or lost, they are gone forever.”

A later section of the article is titled “Perfect for Criminals”:

“The launch of cash has provoked a reaction from law-enforcement agencies worldwide that universally condemned the development. ‘Cash is a 100% anonymous and untraceable payments technology. It is like a weapon of mass destruction launched against law enforcement,’ said Mike Smith, the recently confirmed FBI Director. ‘It is the perfect payment mechanism for criminals, drug cartels, terrorists, prostitution rings and money launderers. We don’t know how we will be able to combat such a technology and fully expect that a new generation of super-criminals will emerge, working in the shadows of a world where they can conduct their illicit affairs without leaving a trace.’”

Polemitis quotes the fictional banking superintendent of New York State: “I can’t think of any reason that a law-abiding individual would want to use cash,” he declared. “At a bare minimum, we believe there should be a licensing procedure for individuals or businesses that plan to use cash, a ‘Cash-License’ as it were. This license will limit ‘cash’ to trust-worthy individuals who keep detailed auditable records of all their cash transactions in order to keep New York safe from criminals.”

At the time, I laughed.

Today I worry that the parody is prescient. Kenneth Rogoff, a professor of public policy and economics at Harvard University, is as good a place to begin as any. Under the headline, “Paper money is unfit for a world of high crime and low inflation,” he declares in the Financial Times that “it is time to consider whether paper currency is vestigial, or worse,” in part because “phasing out currency would address the concern that a significant fraction, particularly of large-denomination notes, appears to be used to facilitate tax evasion and illegal activity.”

He is hardly alone. Late last year, The New York Times posed this question in its Room for Debate feature: “Should the U.S. eliminate cash and stop printing currency?”

“Scrapping cash is simple and elegant,” Matthew Yglesias wrote back in 2011, “which is why it will happen one day soon.” Public-policy intellectuals are often taken by their own perception of simplicity and elegance, the desires of the governed be damned. They imagine that simplicity on paper will lead to real-world utopia.

“Already, a movie character depicted as carrying a large quantity of cash can be reliably assumed to be doing something illegal,” Yglesias wrote. “Meanwhile, the rise of phone-based mobile payments services such as Square and the emergence of a complete mobile banking industry in Africa point to the arrival of the day germ-ridden cash will be as inconvenient for small transactions as it is for large ones. At that point, cash will be left with its rump use as a medium of exchange for drug dealers, tax evaders, and other shady operators and we can expect countries to start banning it altogether. The first country to impose that ban will find there’s an appealing hidden benefit: Without cash, there’s no need to ever have an extended recession.”

“Scrapping cash is simple and elegant … which is why it will happen one day soon.”

So there you have it: Let Yglesias and his technocrat-manager friends bring all money under the control of government and corporate financial institutions (never mind their recent performance record) and hard times will be a thing of the past!

Does that sound too good to be true to anyone else?

I cite these journalistic treatments instead of scholarly arguments not because the latter don’t exist, but to demonstrate that the idea has made its way into mainstream discourse. True, the masses are not clamoring for this change. What concerns me is that the movement grows stronger despite the lack of popular appeal.

The rise of electronic-payment systems is wonderful. I use credit cards and debit cards all the time. I also use cash. Like me, most people want the ability to use cash in many circumstances. Revealed preference could not be more clear.

But elite incentives are different. Federal, state, and local law enforcement, as well as tax authorities, want to bring as much of the economy under their direct supervision as possible. Economists like Rogoff and technocracy-friendly journalists like Yglesias want to design and popularize “elegant” systems of rational central planning, and to eliminate checks on centralized power, messiness, and spontaneous orders.

Forget folks who like cash. Never mind worries about forcing us all to run all spending through a corrupt corporate-banking system. Never mind the resilience of having a medium of exchange in the non-digital world that works when the power grid is down, when one’s smartphone is dropped in water, when one’s identity is stolen by hackers, or one’s account frozen by Visa or Bank of America because a purchase on vacation was deemed suspicious.

An enthusiastic Washington Post article about eliminating cash, pegged to ongoing efforts in Sweden, included this passage about hard currency in the United States:

“Creating a cashless society is possible once you open up the financial services sector to the technology sector. All of a sudden, you have the most innovative companies in Silicon Valley competing to launch new financial services offerings. While Google sticks to its vision of creating a digital Wallet, competitors are exploring other options, such as creating a payment network within Facebook or sending money via text messages. Even companies that used to cater only to the financial elite, such as American Express, are now exploring new payment alternatives that enable lower-income Americans to participate in the digital economy simply by being part of Facebook. All of this competition has obvious implications — it will help to push down transaction costs and level the playing field for America’s 99%.”

Think about that for a moment. Confronted with a policy change that would destroy the ability of low-income Americans (many of whom have no bank account or credit card) to conduct various transactions they rely on in daily life, the author suggests one solution could be signing them all up for Facebook, and then, invoking the “obvious implications,” he predicts … equality for the 99%!

Along the way, he assumes that, for poor people, signing up for Facebook, logging in, and using it for all transactions will have fewer transaction costs than cash. And what would Facebook do with all that data? The question never occurs to him.

To eliminate cash is to say to hell with financial privacy. In 1976, the Supreme Court held the following in U.S. v. Miller:

“There is no legitimate ‘expectation of privacy’ in the contents of the original checks and deposit slips, since the checks are not confidential communications, but negotiable instruments to be used in commercial transactions, and all the documents obtained contain only information voluntarily conveyed to the banks and exposed to their employees in the ordinary course of business. The Fourth Amendment does not prohibit the obtaining of information revealed to a third party and conveyed by him to Government authorities …. Issuance of a subpoena to a third party does not violate a defendant’s rights, even if a criminal prosecution is contemplated at the time the subpoena is issued.”

An end to cash would mean that every financial transaction is exposed to a third party. Protecting one’s privacy from the prying eyes of the government isn’t the only concern either. Cashlessness has implications for people like Janet Vertesi, who wanted to hide her pregnancy from big data.

It has implications for people who don’t want their credit score dinged when, say, they make a purchase at Wal-Mart. Beyond a certain threshold I’d alert my wife to a purchase, but do I want her knowing exactly what I spend on my insatiable avocado habit? Thank goodness for cash.

It’s adorably naive that Yglesias thinks a cashless society would be recession-proof, and that some law-enforcement types think it would eliminate black markets, which they haven’t even managed to squash in maximum-security prisons. It is tempting to focus on these flaws in the debate over a cashless future.

But there is a more basic point to be made. Cash should remain, always and everywhere, because it allows, private, peer-to-peer transactions. In doing so, it decentralizes power in society (as well as adding a layer of resilience to the financial system — a diversification between the physical and virtual). Having stuff in society that elites can’t completely control is a good thing. Keeping a large swath of the economy away from Big Finance and Big Data is a good thing.

Finally, people like cash; we shouldn’t let the elites take it away.

Ed. Note: Remember the saying, “Don’t put all your eggs in one basket”? Well the same applies to currency. And if you were a subscriber to the Laissez Faire Today email edition, you would have discovered a clever new way of storing your money in an alternative form of money. Click here now to sign up for FREE to ensure you never miss out on another great opportunity like this.

This article originally appeared here on The Atlantic.