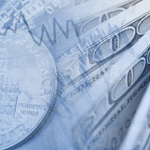 What the Road to Hell is Paved With...

Improving the world costs money. When you have it, your efforts either bear fruit. Or they don’t. But when you don’t have it, when you have to change the world on credit, then what?

John Maynard Keynes revolutionized the economics profession in the early 20th century. It was he more than anyone who changed it from a being a refuge for observers and willowy philosophers into a hard-charging phalanx for men of action. But Keynes’ big insight, like all the useful insights of economics, was based on a story with a moral.

In the Book of Genesis, Pharaoh had a dream. In it, he was standing by the river. Out came 7 fat cattle. Then, 7 lean cattle came up out of the river and ate the fat cattle. A similar dream involved ears of corn, with the good ones devoured by the thin ears.

Pharaoh was troubled. His dream interpreters were stumped. So, they sent for the Hebrew man who was said to be good at this sort of thing — Joseph. Pharaoh described what had happened in his dreams. Without missing a beat, Joseph told him what they meant. The 7 fat cattle and 7 fat ears of corn represented years of plenty with bountiful harvests. The 7 lean cattle and thin ears of corn represented years of famine. Joseph wasn’t asked his opinion, but he gave his advice anyway: Pharaoh should put into place an activist, counter-cyclical economic policy. He should tax 20% of the output during the fat years and then he would be ready with some grain to sell when the famine came. Genesis reports what happened next:

…the seven years of plenty ended and famine struck, and when Egypt was famished, Joseph opened the storehouses, and sold food to the Egyptians. People from all countries came to Egypt to buy grain, because the famine struck all the earth.

You’d think private investors would do the work more efficiently, for profit, buying grain at low prices when crops were busting out of their storerooms and selling them at high prices when crops failed. But there is no need to argue with the Biblical account. Besides, it sounds all too likely.

Keynes put forward the simple idea that modern governments should act like Pharaoh. They should run counter-cyclical fiscal and monetary policies. In the fat years, they should store up surpluses. In the lean years, they should open the doors of the granaries so that people might eat. This seems sensible enough, until you realize that modern governments do not run surpluses. Only deficits. The US hasn’t run a real surplus (not including Social Security payments) since 1969. That’s 43 years without closing the granary doors. Not surprisingly, you can look in there. You won’t find anything. Except I.O.Us. Instead of actually storing up grain in the fat years, the feds ate every bit of it. And more. Now, come the years of famine, they have no grain to give out.

That might be the end of the story. But it’s not. Economists insist that the feds can follow a pharaonic policy even with their bins empty. How? By borrowing money…and in the extreme…printing it. You are probably getting ahead of me here, dear reader. You are wondering whether that would have worked in Ancient Egypt. Could Pharaoh have saved the expense of stocking up grain, and simply borrowed it when he needed it?

Well, there’s only so much grain available. Borrowing from those who still have some doesn’t help. At best, it just moves it around. At worst, it takes the ‘seed’ grain needed for the next year’s planting. Without it, the next year’s harvest will be smaller, leaving even more people hungry.

(Nor could Pharaoh solve the hunger issue by handing out sawdust and pretending that it was whole wheat bread. It had to be digestible. This is the problem with printing press money too. Like Pharaoh’s sawdust-based bread…paper money is a wood product. It’s a kind of money that literally does grow on trees; it is worthless. Sawdust has no nutritive content in it; paper money has no real resources behind it.)

But economists have developed elaborate theories and mathematical proofs that allow them to believe what everyone knows is not so. The government may be deeply in debt already, but it can go further into debt during the lean years, say the ‘neo-Keynesian’ economists, in order to offset the contraction in the private sector. And central banks can make it easier for consumers to borrow, too. The fiscal and the monetary stimuli provide much needed ‘demand’ for an economy in a downturn.

It almost sounds plausible. And the trick worked well enough, from the close of WWII until 2007. Each downturn in the economy was met with more and easier credit, leading people to borrow more and more money. The point of declining marginal utility of debt had been reached many years before. In the late ’40s and ’50s, it only took an addition of about $1.40 in extra credit to produce an extra dollar in GDP. By the mid-’90s, it took $3 of credit for every dollar of additional output. Ten years later, the amount of additional credit to produce a dollar’s worth of extra output reached over $5, and then it went off the charts. By 2007, the downside had come. Output was beginning to fall off so that additional inputs of credit — no matter how great — actually produced zero additional output.

The downside of the credit cycle is so obvious it hardly seems worth describing it. It works pretty much as you would expect. I wouldn’t bother discussing it, except that modern economists have persuaded many of the world’s smartest people — and themselves — that it isn’t so.

Debt has become a major burden in the economies of the US, Europe and Japan. It blocks them from saving, spending, investing and creating new wealth. Why? Because the resources that might have been put to work building the future have already been claimed by the past. Debt was contracted. Now, it must be paid. It is as if Pharaoh had already borrowed the needed grain…as if the grain needed to plant for next year had already been eaten. Once consumed, it cannot be borrowed. It is gone.

When you owe money on your credit card, it is often for things that no longer even exist. Hamburgers eaten a month ago. Clothes that went out of style last summer. Ski vacations in last winter’s snow. With this burden of the past on your shoulders, you find it harder to move into the future. Your footsteps drag; your life shrinks. You are forced to use your time tomorrow to make up the time you borrowed yesterday.

If you owe an amount equal to your annual revenue, for example, at an interest rate of 5%, you will have to devote more than one working day in 20 just to pay the interest on the debt. I say “more than” because you have to pay the interest with post-tax money. At a tax rate of 25% (just to keep the math easy) you have to work about one day every two weeks to stay even.

Readers may consider the magnitude of the current problem by realizing that, according to the US Federal Reserve, total debt in the US is now about 353% of GDP. At 5% interest, forgetting taxes, the debtor must work nearly 1 day per week just to pay for past consumption.

“Too much” comes readily to the lips when we describe someone who has consumed too many hamburgers or taken too many vacations, on credit. He may even be able to borrow more…and eat more hamburgers. But it is rarely a good idea. At a certain point, the borrowing does more harm than good. That’s when he’s reached the downside.

The marginal utility of debt is fairly high when you are using it to build a business or a bridge. But it declines sharply as soon as you begin to use it for everyday spending. An investment brings forth a revenue stream — a result that justifies and pays for the investment. With a little luck, the investor recovers enough money to pay back the loan — with interest — and ends up with a little bit extra. That little bit extra is real ‘growth’ — new wealth that didn’t exist before.

But there is no revenue stream coming from Social Security payments…fighter jets…the latest fashions…or other consumer items. The money is spent. Used up. Consumed. It is no more. Though all of these things may be enjoyed…perhaps even for a long time…no stream of revenue bubbles up from this spring. The ground around it remains dry and barren.

Keep up this borrowing and spending at some point you will be unable to continue. The weight of the past will be too heavy. Your legs will buckle and your back will break.

“Too much” has a meaning that the engineers can’t duck or dodge. The machine can’t be adjusted or recalibrated to make it go away. “Too much” must be admitted and suffered. The suffering that comes to a market is known as a ‘correction.’ Sharp, dramatic corrections are called ‘crashes.’ In an economy, it is called a ‘slump’ or a ‘recession.’ Severe cases are called ‘depressions.’

They can be denied. They can be delayed. But they can’t be disappeared. “Too much” has consequences; the downside must have its day.