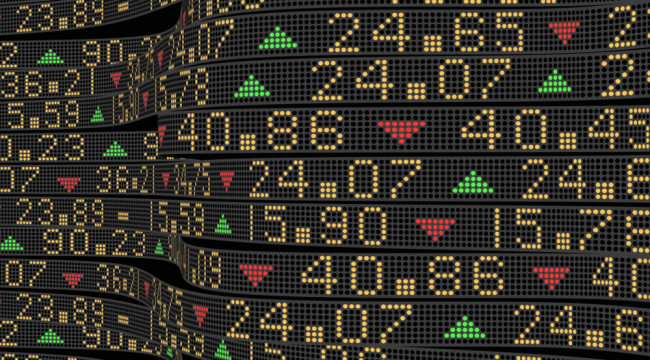 What Stock Prices Are Saying About the Australian Economy

MELBOURNE — This week is all about the US Federal Reserve. Will they or won’t they?

Raise interest rates, that is.

That the financial world is so sensitive and neurotic to a 25 basis point increase in the cash rates tells you just how fragile the global financial system is. For years the system relied on Fed supplied easy money. Now it’s attempting to deal with a return to normality.

Opinion is divided as to what the Fed will do. But whether it increases rates this week, or later, is a moot point. At some stage, rates will head higher.

The irony of this whole situation is that the Fed desperately wants to see some inflation. But it is the persistently low interest rates that are behind the absence of inflation.

In the modern globalised economy, near zero interest rates from the world’s most important central bank leads to inflation in asset markets, not consumer prices. It’s not like the 1970s where easy money flowed into higher wages, which in turn put upward pressure on consumer goods prices.

Today’s low interest rates (which are on a global scale) leads to an excess of production. This increased production, combined with a weak demand profile, means you’re not going to see strongly rising prices for most goods and services. That is, inflation will be low.

This behaviour leads to an excess supply of many goods, which keeps the lid on prices and inflation. In some cases it leads to price deflation.

It’s the perfect mix for asset markets. As long as there is some growth in the real economy, asset markets love it. Low inflation in consumer good prices across the world means low interest rates, which means higher bond prices, higher stock prices, and higher real estate prices.

That’s possible. Higher interest rates will take out the marginal high cost producer of many goods. In time, it will take out supply and restore pricing power to some industries.

Of course, it will affect demand too as people won’t take on so much debt. It works both ways. But it will take out ‘false’ demand and supply. By that I mean economic activity that eventuated purely based on unsustainably low rates.

That means there will be an adjustment while the world works itself out of this ‘false’ demand and supply situation. The question is, how long will this adjustment period take?

It’s clearly in effect as far as emerging markets go. The world is adjusting to the end of US Fed quantitative easing and the prospect of higher rates.

In recent months, developed markets have started to adjust too.

What I mean is that stock markets are, for the first time in a long time, taking on a bearish demeanour. It’s still early days, and the bear may be kept at bay, but the sell-off in stocks is at least an initial warning sign.

Cycles Trends and Forecasts Editor Phil Anderson got me onto a great book called Truth of the Stock Tape, by W.D. Gann.

In a downturn, he says,

‘Stocks will be down six to eight months while business is booming, because they are discounting the future business depression.

‘Markets movements, that is, the main swings, are the result or effect of causes which, as a rule, exist long before the effect is known to the general public.’

Gann wrote this in 1923. The word ‘depression’ simply referred to a downturn in business conditions. They hadn’t had a ‘great’ one yet. After the 1930s, the term ‘recession’ became a far more acceptable one for describing a business downturn.

At the time of Gann’s writing, central banks were not yet major players in financial markets. Booms and busts happened with a lot more frequency. But the busts were usually short and sharp, followed by a strong recovery.

Today’s environment is much more difficult to decipher. Global central banks are the main players in financial markets. But Gann is still right in saying that the market moves ahead of actual events. It’s only after the fact that we understand the real cause.

With global stocks now under pressure you need to ask yourself whether this signals a weaker economic environment in the future. It’s a question I tackle in the September issue of Crisis & Opportunity, due out on Thursday.

That is, I analyse a bunch of economically sensitive stocks to see what they are saying about the future of the Aussie economy.

I’ll save the conclusions for my paid-up subscribers. But I will say that the Aussie economic ‘adjustment’ looks like it’s underway. It’s an adjustment that comes via China, which in turn comes via a tightening of global liquidity — thanks to the Fed’s efforts to eventually raise interest rates.

It is my view that raising interest rates, albeit slowly, will be a good thing for the global economy. But we’ll feel the pain first. We’re in the initial stages of that pain now.

The question is whether the Fed can get through the pain barrier without giving up on its tightening rhetoric. Or does it go back to the dark days of QE, feverish speculation and guarantee us a massive economic bust?