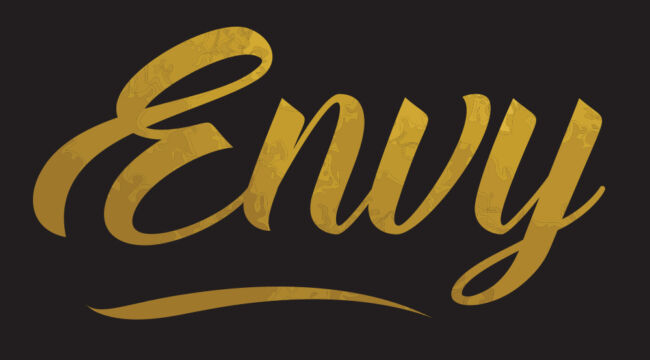 What Really Drives the World

“The world is not driven by greed. It’s driven by envy.”

Here is the sage conclusion of Mr. Charles Munger, aged 98 years. Mr. Munger is of course the partner of Warren Buffett and legendary vice chairman of Berkshire Hathaway.

What human vice ranks fourth among the seven lethal sins? That is correct — envy.

Today we evaluate the acid emotion of envy. We further document how envy can wreck a man’s wealth… as easily it can wreck his soul.

“Hate the Man Who Is Better off Than You Are”

“The whole gospel of Karl Marx can be summed up in a single sentence,” argued economics journalist Henry Hazlitt long ago:

“Hate the man who is better off than you are.” Continued Hazlitt:

The History Pages Are Filled With Hatred

“Hate the man who is better off than you are…”

History is a detailed diary of this very hatred.

We cite but some examples.

They all set out to fix wrongs. They mostly ended up wrecking rights.

The right to life itself was often among them.

Yet let us distinguish jealousy from envy. The two are siblings — yet they are not twins.

It is said a man is jealous of his betters. Yet it is only partly true.

The average man harbors no jealousy for the great man.

He is not jealous of the Alexanders… the Caesars… the Napoleons of this world.

These are men stamped from a finer metal. And the average man inwardly acknowledges it is not his metal.

The sparrow understands its place is not among the soaring eagles.

The average man is not jealous of the champion golfer who once shot 60… but the fellow duffer in his weekend foursome who once broke 80.

He is not jealous of the Hollywood movie actor who hauls in the unparalleled and unattainable beauty. He is jealous instead of his acquaintance who hauls in the pretty-enough gal he himself set his cap for — the seven out of 10 gal.

Is the average man jealous of a Jeff Bezos or Elon Musk with their billions and billions? He is not. Yet he is jealous of the insurance salesman down the street who takes in $10,000 more than himself.

Be assured, the wife’s sister… and her husband… feel that $100 keenly.

Envy sees only what it lacks. Not what it has.

Today’s average fellow lives royally compared with actual royalty of yesteryear. Next to them he wallows in a sort of oriental luxury.

Envy gives him a mighty itch he is forever scratching. It is never soothed.

That is why a man’s eye is forever glued to the next rung of the ladder… the prettier plum just out of reach… the grass on the other side of the fence that is greener.

A poor man may tell himself he’d settle for the middle class. But once he finds himself lodged therein, discontentment soon bubbles within him.

He lights out for the upper classes.

If by grace he attains it, he at once takes notice of the floor above him. And he begins another merry chase up the ladder. There is always another.

Such is man. He focuses not on what he has… but on what he lacks. He is forever chasing rainbows.

Here we do not criticize. We merely observe.

And your editor, by his own admission, offers no exception. Be assured he has his sights on a thing — or three — beyond his outstretched grasp.

Besides, it is this ceaseless striving that accounts for all material progress. A contented civilization does not erect skyscrapers, amass empires or rocket into space.

Yet beware of envy’s tempting snares. They surround you on all sides — particularly in the forms of television and social media.

Here you see various “stars” and “influencers” soaring on wings of leisure… rocketing from one good time to the next… enjoying the high life.

They appear to have life by the snout. And it may arouse your envy.

Yet this very envy may poison your investments. Mr. Marcelo Perez of Alhambra Investments:

In a day and age where… keeping up with the Joneses (or the Kardashians, or the Windsors) is no longer a silent, Sisyphian struggle but a top-rated TV series or Netflix special, it is only natural for this poison to seep into the investing world…

YouTube stars dole out “investment strategies” left and right, extolling the benefits of the newest and coolest moneymaking venture, as per views, of course. Message boards are full of posts containing stock and option trades that yielded percent returns in the hundreds and thousands, over the course of no more [than a] few days. Virtually riskless, they say…

And even if we are skeptical, we become befuddled with amazement, consumed by “Why not me?” We are driven by envy as much as we are by greed. We see that our neighbor is excelling, or so we think, so we change our own course, or regret that we didn’t take the plunge.

The Siren Call of Envy

You must instead resist envy’s siren cries.

As Odysseus of old, you must chain yourself to the mainmast so that you cannot yield to the false temptations… and crash your vessel against the punishing rocks.

As Mr Perez notes: Premier celebrities such as Matt Damon, Kim Kardashian and Tom Brady all promoted cryptocurrencies. Many followed because they yearned “to be covered in that heavenly glitter ourselves and open an account at FTX.”

Avoiding envy, and its associated pitfalls, is one of the simple secrets to a successful investment portfolio.

The Wisdom of the Ancients

Can you do it? It is not easy. The sirens are extremely enchanting.

Yet maybe, perhaps on some distant tomorrow… men will learn to take ease in their own inn, however modest… and wherever they happen to find it.

It seems they will find peace nowhere else.

We all might recall the ancient Greek philosopher Heraclitus:

“Our envy always lasts longer than the happiness of those we envy.”