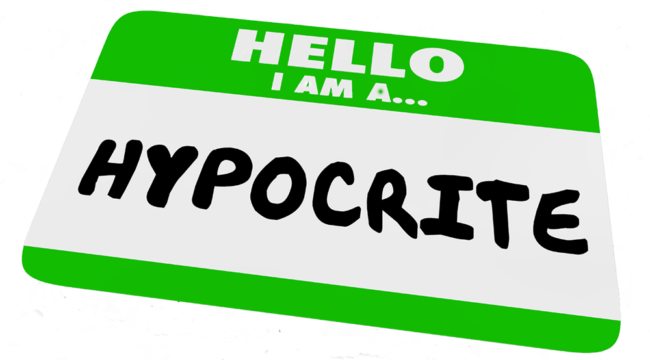 WE have waded into presidential politics… and with predictable consequences.

Yesterday — for example — we vented Robert Kiyosaki’s controversial opinion that President Trump is doing the nation a blessing by avoiding income taxes.

Here is one reader’s response, Bob by name:

Are you s****ing me? I don’t like to pay taxes, but no taxes, no schools, fire departments, social security, police, criminal justice system as lousy as it is, electricity, garbage pickup, sewer systems. No one would be held accountable for anything! Do you want to drown in garbage and your own s***?

Everyone would run amok. This what you want? We all just run around with guns, like the wild West? I do what I need to do to try to have a stable and civilized country. And for you to say that this LYING TURD whom we call president should not do his part, reflects heavily and badly on your own lack of judgement, reason, and character. I doubt if anyone will read this. No one of your group will have the b***s to respond anyway! I will not unsubscribe yet, to see if you respond. That’ll be a cold day in Hell!

It is our unfortunate duty to remind Bob that hell is characteristically hot today. Our agents have checked.

Yet we freely confess:

Our judgment, reason and character remain much in doubt.

We nonetheless hope that Bob does not unsubscribe. A loss of any reader is a personal devastation — and a blow to our diminished character.

Yet to address Bob’s central question:

How can a man of so much wealth — Donald Trump — pay so little in taxes when Bob pays so much?

You may like it or you may dislike it. Yet as Mr. Kiyosaki explained yesterday, the tax system is structured to reward entrepreneurship and risk while punishing wage-slavery (we are among the slaves):

Government leaders learned a long time ago that the tax codes could be used to make people and businesses do what they want by utilizing the tax codes.

Because of this, there are many tax credits for affordable housing that developers and investors can take advantage of that minimize their tax liability, put more money in their pocket, and in turn, create affordable housing. Everyone wins.

I would rather invest my money in affordable housing than give it to a bureaucrat.

There are many scenarios like this in the tax codes that incentivize investors and entrepreneurs to do activities the government is looking for while rewarding those who take those actions with lower, or zero, tax burdens.

Because of this, limiting your tax liability actually means you’re doing what the government wants you to do through the tax codes. And that is the most patriotic thing you can do.

Tax-dodging is patriotic? Many disagree — our reader feedback demonstrates the point in full.

Criticisms of Donald Trump’s tax returns are capitalizing on the general ignorance around money and taxes that much of our country has. In that way, it is actually a lie and a form of fear-mongering. It is an attack without legs to stand on, preying on emotions rather than appealing to logic and intellect.

But that’s what most of our politics has devolved to these days, so I’m not surprised.

I encourage you to begin looking at how you can be patriotic not by paying your taxes, but by investing and building businesses that the government rewards with tax breaks and credits for doing exactly what they want.

I had a lot of respect for you even though you had paired up with Trump and wrote your book in the past with him.

I let that slide, but it is NOT patriotic to have people in the country pay more taxes than you when you are a billionaire…

We are then addressed directly:

I will still listen since I paid to be a subscriber, but please respect that not EVERY member of your email circuit is a Trump supporter! I’m just letting you know, you probably will lose a whole bunch of people as subscribers if you keep pushing this guy on us. I am just simply asking to wait on it, since it literally sickens me that people support this fraud of a candidate.

Just so. And of course we acknowledge our reader’s complaints.

We would only respond that we do not support the president. Nor do we oppose him.

We are politically agnostic.

What are we for?

In very brief, we are for the man absent from the ballot.

The incumbent has sent debt soaring to dimensions truly obscene. The pandemic plays a responsible part, we acknowledge.

Yet even pre-pandemic, his tax cuts came without spending cuts. Thus his deficits were gargantuan.

The debt burdens he imposed were correspondingly gargantuan. Let us acknowledge it:

The “king of debt” was never a Republican model of fiscal probity.

The Congressional Budget Office (CBO) had previously pegged deficits over a trillion.

Let the crocodile’s tears come strolling down Republican cheeks. When was the last occasion the deficit shrank under a Republican?

Where is Mr. Robert Taft?

Democrats Would Spend Even More

The man is a Democrat. And Democrats exist to spend money — your money.

This is especially true for Mr. Biden’s understrappers who would certainly boss him once in office.

Have you considered the cost of the “Green New Deal?”

The difference between Democrats and Republicans is that they are more open about their profligacy.

The one party will borrow more, the other will tax more.

Yet threaten to constrain either of them…

Then watch the warfare immediately halt… and the hands of peace come extending from both sides.

Fiscal probity is on neither agenda. Their difference is merely a difference of degree.

And so today we drop a mournful tear on the ashes of fiscal responsibility.

But they have since sold the pass.

And both parties have sold us all down a river…