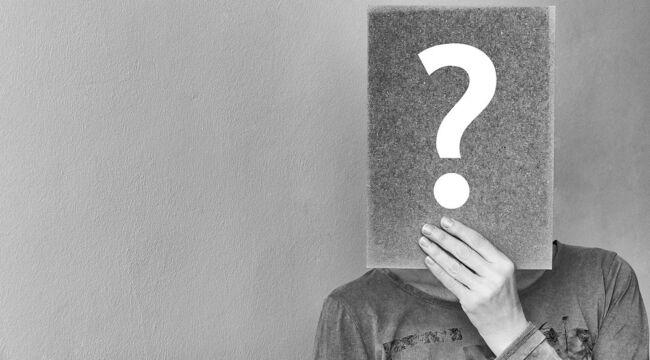 What Happened to Liberals

Liberal: A supporter of a political and social philosophy that promotes individual rights, civil liberties, democracy and free enterprise.

This liberal is a spacious and tolerant fellow. He is all right.

His liberalism is… if you will indulge us… the liberalism of The Daily Reckoning. We are with Jefferson:

“It does me no injury for my neighbor to say there are 20 gods, or no god. It neither picks my pocket nor breaks my leg.”

It is all one to us.

Our tolerance, our Olympian aloofness, covers the worst hellcat in this world or any other… so long as he respects our pocket… and our leg.

Many “Liberals” Want to Crush the Unvaccinated

Yet we fear today’s “liberalism” is not Webster’s liberalism. We fear pirates have hijacked her. And they steam under false colors.

59% of Democrats favor house arrest for the unvaccinated, save for emergencies.

55% of Democrats favor financial penalties against the unvaccinated. That is, fines.

48% of Democrats favor fining — or jailing — those who publicly question vaccine efficacy.

47% of Democrats would have the government monitor those who refuse vaccination.

45% of Democrats endorse temporary internment to “designated facilities or locations” for the recalcitrant who refuse vaccination.

29% of Democrats favor the temporary stripping of parental rights if these despicables refuse vaccination.

Are these the preferences of “liberals” as Webster defines them?

Recall, a liberal is: A supporter of a political and social philosophy that promotes individual rights, civil liberties, democracy and free enterprise.

The figures cited above indicate a sharp frowning upon individual rights and civil liberties.

We might yelp that these are “unacceptable views.” Yet we are not the liberal Prime Minister Trudeau of Canada… and so we shall not.

If a viewpoint is horrifically toxic, take it outside. Let the sunlight disinfect it. Keep it dark and the thing spreads and spreads… like mushrooms in a dank cave.

We concede, the paintbrush here applied is perhaps overbroad. Not all liberals are Democrats and not all Democrats are liberals.

What is more, significant percentages of polled Democrats dissented from their zealous mates.

But why? What happened to the traditional liberal of open mind and spacious spirit?

In one word… power.

Liberals Have Become “the Man”

In the 1960s “liberals” decried and denounced “the man” — the oppressive man. Yet they have since taken their long march through the institutions…

Once safely inside, they raised the drawbridges and pulled up the ladders. The commanding heights were theirs.

Is it any wonder that trust in the Central Intelligence Agency and the Federal Bureau of Investigation is greatest among liberals?

Look also to the rock of American free speech, the very home of the free speech movement, the university.

The merest deviation from orthodoxy equals blasphemy. Out comes the masking tape… and over the blasphemer’s mouth it goes.

And the man does not appreciate dissent — be he left, be he right.

A Traitor Within the Ranks

Journalist Glenn Greenwald is a man of the political left. Yet he himself has come under the excommunication. Why?

All factions, at certain points, succumb to the impulse to censor. But for the Democratic Party’s liberal adherents, silencing their adversaries has become their primary project…

American liberals are obsessed with finding ways to silence and censor their adversaries. Every week, if not every day, they have new targets they want de-platformed, banned, silenced and otherwise prevented from speaking or being heard (by “liberals,” I mean the term of self-description used by the dominant wing of the Democratic Party).

For years, their preferred censorship tactic was to expand and distort the concept of “hate speech” to mean “views that make us uncomfortable” and then demand that such “hateful” views be prohibited on that basis. For that reason, it is now common to hear Democrats assert, falsely, that the First Amendment’s guarantee of free speech does not protect “hate speech.” Their political culture has long inculcated them to believe that they can comfortably silence whatever views they arbitrarily place into this category without being guilty of censorship.

The “hate speech” framework for justifying censorship is now insufficient because liberals are eager to silence a much broader range of voices than those they can credibly accuse of being hateful. That is why the newest, and now most popular, censorship framework is to claim that their targets are guilty of spreading “misinformation” or “disinformation.” These terms, by design, have no clear or concise meaning. Like the term “terrorism,” it is their elasticity that makes them so useful…

This “disinformation” term is reserved for those who question liberal pieties, not for those devoted to affirming them. That is the real functional definition of “disinformation” and of its little cousin, “misinformation.” It is not possible to disagree with liberals or see the world differently than they see it. The only two choices are unthinking submission to their dogma or acting as an agent of “disinformation.” Dissent does not exist to them; any deviation from their worldview is inherently dangerous — to the point that it cannot be heard.

That is, today’s liberal is a moralist out to scotch sin rather than a detective out to pursue truth.

To him, dissent is of the devil, as are the dissenters themselves. He wages a holy war.

The Daily Reckoning is not merely bipartisan. It is anti-partisan — and fiercely anti-partisan. Why then are we training our cannons on liberals today? Why are we behaving partisan?

It is because we have something to say and we like to say it. We like to hear ourself chirp.

We traffic in opinion — often disreputable opinion. For instance: We have filed severe grievances against lockdowns, vaccine mandates and the rest of it. This puts us afoul of the crusaders in government and media.

And we are jealous of our claims to free, open and unfettered speech. If the censor’s tape comes out, our blood goes up, our back goes up — and our dukes go up.

And as we see things, the principal threat to free speech springs from one side of the political spectrum — at least today.

If the other side comes for us, you can just bet we would have something to say about that too.