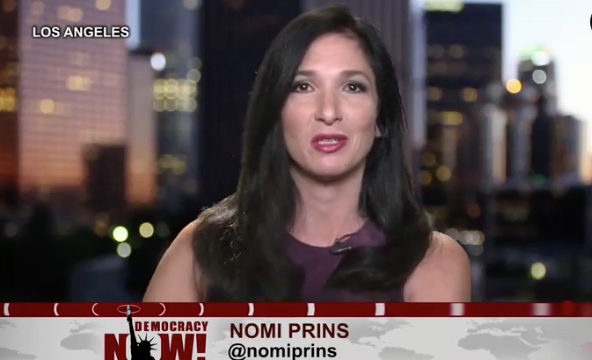 “What John Stumpf did is he let 5,300 people take the fall for his criminal behavior. That’s what he did. This particular case that was in front of the Senate Banking Committee early this week is a tiny portion of the array of criminal activity that Wells Fargo has basically done under the direction of John Stumpf. John Stumpf has been the CEO since 2007. He has been chairman of the board of Wells Fargo since 2010. He has been there through the beginning of the financial crisis ’til now, and he has presided not just on this case, where 5,300 people were involved in technically possibly creating phony accounts for credit cards and for depositors in order to charge fees, in order to make those cross-sell objectives, that are set on high, but for years he was knowledgeable of it. And during those years, Wells Fargo racked up about $10 billion. This fine, on this particular set of activities, was only $185 million.”

Nomi Prins is an American author and journalist. She has worked as a managing director at Goldman-Sachs and as a Senior Managing Director at Bear Stearns, as well as a senior strategist at Lehman Brothers and analyst at the Chase Manhattan Bank. 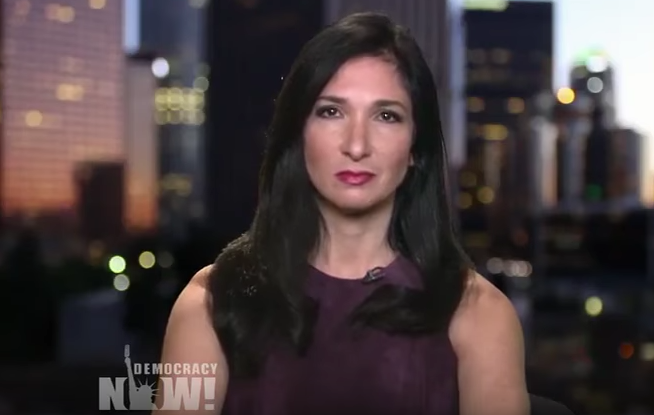 “The Obama administration has not gotten behind prosecuting any of the individuals at the top of these banks. So we basically have three sets of individuals at the head of three of the six largest banks in the country—we have John Stumpf at Wells Fargo, we have Lloyd Blankfein at Goldman Sachs, and we have Jamie Dimon at JPMorgan Chase—who have not only benefited from the post-crisis environment and what the government has allowed them to get away with, their institutions have all grown and flourished, as they’ve been paying very small settlements related to what their profits are to the United States government. So the Obama administration has done a very poor job of handling the criminality of the banking system, of changing the banking system, of personally making responsible, from a criminal basis, the individuals that run the largest institutions in this country.”

To see more of the video interview from Nomi Prins speaking on bank CEO fallout from Wells Fargo on Democracy Now! click here.