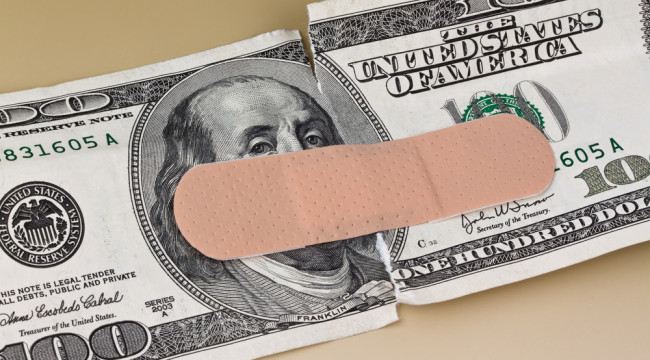 Well-Paid Pandering Pundits and the Fantasy of Reform

Well-paid econo-pundit Joseph Stiglitz has a new book that repeats the usual pandering fantasy that “reform” can fix what’s broken with the U.S. economy: Rewriting the Rules of the American Economy: An Agenda for Growth and Shared Prosperity.

Stiglitz has penned an economist’s equivalent of round up the usual suspects: if only we limit rentier skims, too big to fail banks and “democracy” auctioned off to the highest bidder, everything will be peachy: debt-serfs’ wages will magically soar and all the inequalities in our society and economy will magically disappear.

Stiglitz appears blind to the reality that everything he suggests would harm the interests of those who own the nation’s wealth and fund the country’s political class. Every proposal is DOA (dead on arrival), a fantasy that panders to the dearly held delusion that “reform” is not just possible but useful.

We can grasp the crass and foolish absurdity of Stiglitz’s “reforms” by imagining him addressing the super-wealthy class of senators and Imperial bigshots in Rome circa 100 A.D.:

“Friends, Romans, countrymen, lend me your ears, for I propose a new agenda for Imperial Rome. First, I suggest eliminating the sources and machinery of your power and wealth. Second…”

The would-be reformer is then interrupted by uproarious laughter, for the audience assumes only a toga-clad comedian would propose the decimation of their wealth and power as a “reform.”

It’s altogether too easy to propose phony “reforms” of the financial sector–that’s like shooting fish in a barrel–especially when you know ahead of tme absolutely none of the “reforms” have a snowball’s chance in heck of being remotely useful in the real world.

What well-paid pandering pundits like Stiglitz never dare to criticize are the failed, broken cartels that are equally deserving of being disrupted and dismantled: higher education, sickcare (“healthcare”) and the corporate media, each of which have failed the nation as completely as the financial sector and the political class.

In terms of the real-world impact on households, the soaring costs of higher education and healthcare are more crushing than Wall Street’s skim. In terms of culpability, the corporate media that pays pundits like Stiglitz turned a blind eye to the financial fraud for years, and only belatedly began reporting the consequences when the Global Financial Meltdown was well under way and could no longer be ignored.

The corporate/NGO/PBS media loves this sort of phony “reform” because it suggests democracy is still functioning in America and that the media plays an important role in the phony “dialog” of well-paid Establishment-crony pundits and media anchors.

This sort of “serious” call for “reform” by a “serious” well-paid pundit is the equivalent of Silicon Valley Unicorn startups that claim to be real companies despite a lack of revenues and profits.

Reforming the Empire is fantasy, and well-paid pandering pundits know it. But the faux-earnest appeals for “reform” make for good copy and even better PR.

Any serious reform has to start with the dissolution of the existing political parties and the Federal Reserve and the reining in of the Deep State. Anything less is self-serving, pandering fantasy.