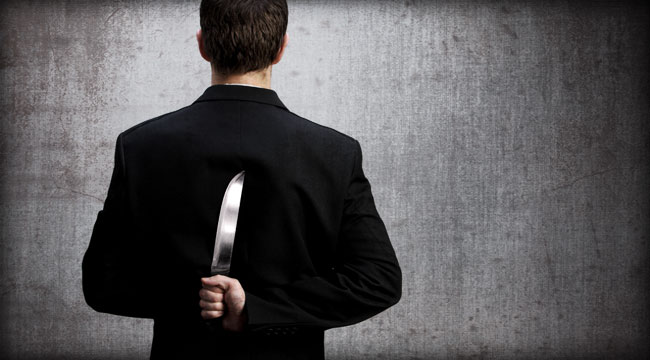 The highest form of charity, argued the 12th-century Jewish philosopher Maimonides, is when the help given enables the receiver to become self-sufficient.

But our systems of state charity — aka welfare — have too frequently had the opposite effect: They have actually created dependency. It is time to rethink the way we help people.

I’m going to suggest something that many might find upsetting and outlandish — that welfare would be more effective, more varied, more widespread, and more affordable if there were no state involvement.

People instinctively think that without a welfare state, the poor and needy would not be looked after. At such an unacceptable prospect, people then become fervent in their defense of government welfare systems. You can see the passion people feel about this erupting all over the Twitter and the blogosphere.

…the state now has a near monopoly on compassion.

Before we start, I want you to get your head around one thought: Suggesting that the welfare system is not working and that we should do away with it is not the same as suggesting the poor and needy should not be looked after. No, in fact, it’s quite the opposite.

The provision of care is a delicate, complicated, and unpredictable process. Sometimes, money might help the recipient toward self-sufficiency, but sometimes not. Giving money might lead to a temporary lessening of suffering, but often, it can lead to greater dependency and less self-reliance.

You also need to consider the dignity of the recipient. It can be demeaning to receive charity. On occasion, anonymity might be required — but on other occasions, it might not be. How on earth can anyone hope to design a top-down, one-size-fits-all system of state welfare that can meet all these varying needs consistently over time?

Then there is the matter of the giver. He or she must also be considered.

Compassion, care, and the giving of charity and care are essential human functions. They are a part of human nature. People need to give as much as they need to receive. You need only to see the pleasure children get from giving as evidence of this. Even perhaps the most ruthless, murderous drug trafficker that ever drew breath, Pablo Escobar, was a prolific giver. He built houses, churches, and schools in his native region of Medellin on a scale unmatched by the Colombian government.

In the charitable process, the giver has needs too. Sometimes, the giver wants to be anonymous; sometimes he wants recognition. Sometimes, he or she likes to be involved with the recipient in some way, sometimes not.

But in the process of state care, the giver’s needs are not even considered. Taxes are taken, and that is it. We are given no real say in how the money we have earned is spent, barring a vote of dubious effect every couple of years.

Often, the giver is morally opposed to what his taxes are being spent on.

The forced giving that is taxation actually destroys the altruistic satisfaction that people get from giving voluntarily. To help others and to share with them is part of humanity. But in a world in which government is responsible for the care of the poor and needy, that compassion is removed from life. As a result, the state now has a near monopoly on compassion.

In fact, it is even more bizarrely specific than that: The pro-large-welfare-state left wing has the monopoly on compassion. Anyone who doesn’t agree with the concept of a large, generous welfare state is deemed heartless and selfish.

While you have to pay the government through taxes to provide welfare (or heath care or education), your ability to provide any of these things for yourself or your family is reduced, because you have less money. Often, after taxes are taken from you, you then can’t afford to pay for your children’s school, your doctor, your hospital, your home, or your charity to others — so you find yourself depending on government help in some way. And so more and more people, in some way or other, are caught in the ever-growing dependency net.

What’s more, if the state is providing care to the needy, you are then absolved of the responsibility to do so.

Meanwhile, government welfare, as well as being inflexible, is expensive. The large organizations through which care is administered can be inefficient and wasteful. Worse yet, they are prone to corruption and rent-seeking (people gaming the system in some way).

If you look at food, clothing, or technology — essential human needs that, largely, are not supplied by the state — we have, over the last 30 or 40 years, seen dramatic falls in price and dramatic improvements in quality. Competition has driven costs lower. Yet welfare has not experienced the same improvements.

Why not? Because thanks to the state’s near monopoly, there is no competition.

The idea of competition in welfare is offensive to many. But we need it if we are to improve quality and lower costs.

The greatest expense in our lives is not, as many believe, our houses or children’s educations. It is, in fact, government. But imagine a world with minimal state. Suddenly, that expense is removed. Without the cost of the state, we have more capital to spend and invest. People are empowered. Our ability to help others is increased.

In a world with no state, what’s more, suddenly our responsibility to help others is also increased. If the state is not helping people, we must. Simultaneously, thanks to competition, the help we want to offer is cheaper, more varied and better in quality — organizations are competing with each other to offer better help at a lower price.

Without a welfare state, the poor and needy won’t be looked after, you say? I suggest they will be — to a much higher standard than they are today.

Ed. Note: No matter what direction the “welfare state” decides to go in, there will be a way for you to combat any negative side effects. You can live a happier, healthier and wealthier life than you ever thought possible, just by following a few simple pieces of advice. Sign up for the FREE Laissez Faire Today email edition to get full access to this kind of information, every weekday afternoon.

As my mother always told me, don’t forget the past, learn from it. And that’s what we aim to do each day by reflecting on our musings from five and ten years ago to the day. From China’s booms and busts and the mortgage market, to taxation being a form of forced charity and a 14-month low for the euro, and more!