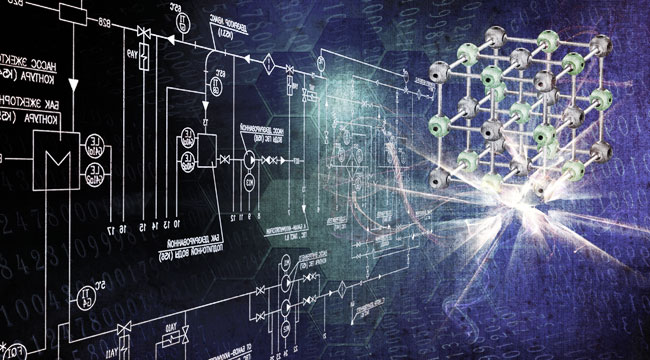 Today, like most days, I fired up my computer.

I read freely available information on the latest developments in technology that would, in the not too distant past, have required a drive to a library to flip through journals too numerous for me to afford. I read the latest national and global news without having to step out on the front porch to pick up pieces of dead tree with ink on them for the price of a subscription.

I also reviewed the state of the markets (including, of course, this newsletter’s port¬folio). I exchanged emails with friends and colleagues thousands of miles away and spoke with someone face to face over a video connection without having to travel a similar distance.

I did it all without thinking twice about it.

We often take transformational change for granted. It really doesn’t take very long for us to become accustomed to the profound changes technology can bring. Within a short period of time, historically speaking, we’ve come to regard as commonplace gifts of human ingenuity that not too long ago were the stuff of fantasy.

What would the financial cost of these activities be just a few short years ago — much less than a human life span? Today, it cost me nothing beyond the modest expense of a computer and an Internet connection.

And I was able to do it all in my pajamas.

The ability to manipulate little pieces of semiconducting matter at ever smaller scales and increasing levels of intricacy has revolutionized the information generation and its communication.

We no longer suffer a scarcity of information — we fret because we are inundated with it. We don’t worry about keeping in touch. We are annoyed by text messages received while having dinner or tanning on the beach. Technology has made infor¬mation and communication phenomenally cheap.

However, just because information has become cheap doesn’t mean profits haven’t been made in this revolution. Fortunes have been made by the innovators — and their investors — who have created the world of today.

Furthermore, the technological revolution that has brought us this access isn’t even close to over. The same technologies that enable us to communicate across the globe and watch, read and communicate are evolving and advancing into a new realm.

They are, in fact, moving out of the virtual world into the real one. We are moving beyond digitally manipulating bits of data to doing so with bits of matter.

The transition from bits to atoms has become a major field of technological research, and the economic payoff will be huge. Thanks to Moore’s law — which is not really a law at all, but an observation that has proven prescient over time — the cost of manipulating bits of data has grown exponentially less expensive. This has enabled a global Internet providing informational content, products and services.

The world of the “real,” however, is beginning to follow suit. The boundary between bits and atoms is blurring, and the old economy of things you can actually touch will be similarly transformed.

This world of real stuff — the food you eat, the car you drive, the chair you’re probably sitting on — is the “old” economy developed in the physical world. This world of human-manipulated atoms evolved through scarcity, trial and error. Despite the break¬neck speed at which the digital economy has developed, it’s still dwarfed by this old economy. According to former Wired editor Chris Anderson in his recent book Makers:

To put a ballpark figure on it, the digital economy, broadly defined, represents $20 trillion of revenues, according to Citibank and Oxford Economics. The economy beyond the Web, by the same estimate, is about $130 trillion. In short, the world of atoms is at least five times larger than the world of bits.

But as Anderson explains, this is a trend that is about to be turned on its head:

The past 10 years have been about discovering new ways to create, invent and work together on the Web. The next 10 years will be about applying those lessons to the real world.

These lessons will be applied to the real world when the differences between the digital and physical worlds shrink — and that will change everything.

Instead of industrial large-scale production, where one-size-fits-all products are mar¬keted to the masses, the world of manufacturing will begin to resemble the Internet of today. It will be highly customized and individualized, and new objects will as be as easily created as Web pages are today.

An innovator, for example, may have an idea of a specific product he wants to build, but the idea is limited by the physical constraints of current technology. Without large investments in manufacturing equipment and labor, it isn’t something he can easily prototype and physically create. He may be able to precisely manipulate a design drawn using the electronic bits of a computer, but he isn’t able to manipulate physical bits the same way.

But what would it look like if someone could create real-world structures with that sort of accuracy with a wave of a mouse and a tap of a keyboard? What if everyone could become a “maker”?

Chris Anderson admits that the serendipitous title of his book Makers was inspired by a sci-fi book with the same name by Cory Doctorow. In the original book, Doctorow wrote:

The days of companies with names like ‘General Electric’ and ‘General Mills’ and ‘General Motors’ are over. The money on the table is like krill: a billion little entrepreneurial opportunities that can be discovered and exploited by smart, creative people. We are now on the cusp of mainstream 3-D printing, and the evidence is piling up to show that.

The first of these is a move by the world’s largest e-retailer, Amazon. As a consumer, I love this company, and brown boxes with the Amazon’s smile logo are frequently on my doorstep. Now, happy boxes shipped to homes and businesses across the country will begin to include 3-D printers, printing supplies and custom printed products. Amazon has created a new 3-D printing section on its website, which you can tour here. Another major retailer, Staples, has also joined in the 3-D printing fray by becoming a vendor of 3D Systems’ Cube line of consumer printers.

Second is news that Microsoft will build 3-D printing support into its latest iteration of Windows, version 8.1. The operating system will include the ability to automatically connect to Cube printers, a feature known as plug-and-play. This will make it as simple to connect to a 3-D printer as it is to a 2-D one. Furthermore, Microsoft is including additional software support for developers to make it easy to create applications including 3-D printing functionality on Windows.

According to 3D Systems’ VP and GM of consumer products, Rajeev Kulkarni:

With exciting, easy-to-use applications enabled by Microsoft’s support on its operating system, consumers will increasingly buy and use 3-D printers. The situation is analogous to what we saw with 2-D printing in the early ’80s.

Desktop publishing software and inexpensive printers made it easy for users to create and print their own custom documents. Desktop publishing, in turn, was a huge driver of the personal computing boom of that decade. Now it’s “desktop manufacturing’s” turn. Who knows? Maybe this is the killer app Microsoft needs to reinvigorate itself.

Needless to say, you should keep a close eye on this space. Stay tuned for more examples of “virtual gold mines” in more of this week’s Tomorrow in Review issues.

Ray Blanco
for Tomorrow in Review