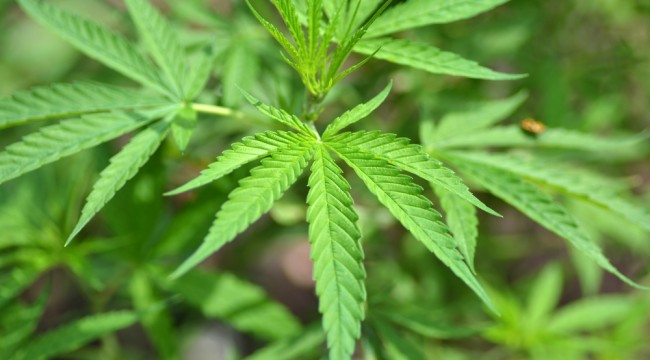 The Federal Reserve Gets Behind Marijuana

As new Fed Chairman Jerome Powell was taking his seat at the head of America’s central bank amid a market meltdown earlier this year, a big decision in favor of the marijuana industry got buried in all the noise.

Turns out the Fed greenlighted a new marijuana business.

It’s been a long road for Fourth Corner. In total, the firm had to lobby the Fed for some 40 months before finally getting approval for a master account, the tie-in to the Federal Reserve that banks need to operate.

The Federal Reserve Bank of Kansas City had barred Fourth Corner from getting a master account, but a federal judge overturned the order, forcing the Fed to greenlight the credit union’s status. Some concessions had to be made…

While Fourth Corner had hoped to provide much-needed banking services to dispensaries in Colorado, the credit union won’t be able to serve plant-touching businesses. At least for now.

Instead, it will cater to companies that provide ancillary services to the legal pot industry, businesses that have had trouble opening accounts at mainstream financial institutions due to federal banking regulations.

But this was the first time the Federal Reserve has acknowledged the legality of banking for the cannabis industry.

Up next, Fourth Corner will need to get deposit insurance before it can open for business. The firm received approval from Colorado state regulators back in 2014.

There’s still a long way to go before we see full-blown federal approval of banking for every corner of the cannabis industry. But this story out of Colorado is an important first step.

Importantly, it could help drive upside in pick-and-shovel-type ancillary businesses that support the legal pot market. I’ll continue to keep a close eye on this emerging trend. But the marijuana story is much larger…

The U.S. marijuana market is really heating up in 2018. In fact, today, June 7, marks a crucial date for the marijuana industry around the world. Click here to see why and how profitable today’s event could be for you personally.

Last year, Canadian pot proved to outpace the U.S. version with more lenient restrictions on the drug. But in just the last month or so, major news has fueled U.S. cannabis.

While still illegal on a federal level, many U.S. states continue to put marijuana legislation on the ballot as we enter midterms.

Last month, Missouri’s House voted to legalize medical marijuana by November. Michigan has approved cannabis legalization for that same month. And as many as a half dozen additional states may have ballot initiatives this fall that either legalize cannabis or expand its allowed uses.

And in a move that totally shocked me, former House Speaker John Boehner, an adamant opponent of marijuana legalization, joined the advisory board of cannabis company Acreage Holdings.

It only proves what you and I have known for years — there’s hundreds of billions of dollars to be made in this emerging market. And that realization is not lost on politicians…

The National Governors Association descended on Washington a few months ago to meet with each other and the federal government. In total, 42 governors made the trip to D.C. for the conference.

And for many of them, getting clarification on Jeff Sessions’ pot policy was a top priority.

Sessions tried his best to avoid the governors from cannabis-friendly states.

Colorado’s Gov. John Hickenlooper tried asking Sessions about his anti-weed stance at the attorney general’s sole Q&A appearance to the group, but he couldn’t get called on.

“He only took about six questions. There were probably 40 governors in the room,” Hickenlooper told Rolling Stone.

But U.S. governors have made it clear that they’re pushing forward with pot, federal policies be damned.

The push toward legalized cannabis is progressing all over the world. Without a doubt, it’s going to drive windfall gains to investors who can see the trend emerging. As I’ve said before, we’re still in the early innings.

Not a week goes by that we don’t see some major political or business progress for legal cannabis companies. I’m keeping a very close eye on a short list of opportunities for my readers.

Major strides continue to be made in the market for legal pot. Currently, recreational weed is legal in every state along the West Coast — California, Oregon, Washington and Alaska all have laws allowing personal consumption of pot.

Despite very different political leanings, each of those states has agreed that adults over the age of 21 should have the choice to use marijuana.

Now, that same choice is spreading to the East Coast.

Connecticut Public Radio has reported that the state is being pressured to join the fray due to the legalization of recreational pot in Massachusetts. Recreational weed becomes legal in Massachusetts this July — it will become the first state east of the Mississippi to OK pot.

And predictably, lawmakers in neighboring Connecticut are getting antsy about lost revenue.

Massachusetts is expected to generate upward of $82 million a year from taxes in the next fiscal year, a good chunk of which will likely come from Connecticut residents making a trip to the other side of the state line to do a little bit of “herbal tourism.”

Similar laws in Connecticut would go a long way in plugging a hole in the state’s projected $260 million deficit.

Unless state residents give their money to businesses in Massachusetts, that is. Four bills are in the legislature in Hartford to try to change the laws in Connecticut.

Meanwhile, just a little further south, similar efforts are underway in New Jersey. Gov. Phil Murphy got elected in part on a pro-legalization campaign. And he’s pledged to get recreational pot legalized in the Garden State by the end of this year.

“And then we will deliberately and steadily get to the recreational side.”

Two proposals are on the table now in Trenton. Expect similar pushes from cash-strapped neighboring states if NJ passes legislation. We’re on the verge of seeing an environment where the majority of the U.S. population has access to legal recreational marijuana.

That environment will continue to spout incredible profit opportunities.