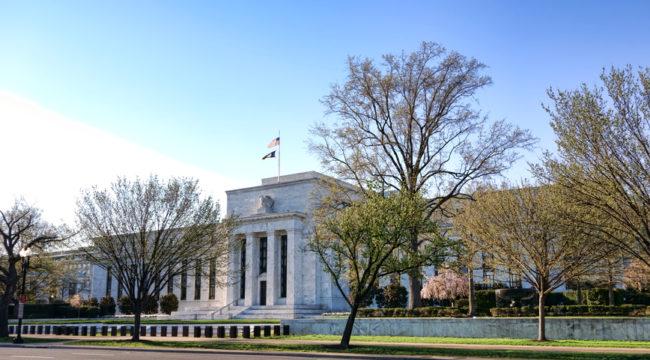 Watch the Fed’s New Guard, Not the Old

Expert consensus was almost unanimous that the Fed had sent a hawkish message after its September meeting. A December rate hike was “still on the table.”

But with or without a December rate hike, the experts were clear that the Fed was still on a path to tighten rates at a sustained tempo.

The view was expressed in all of the major news outlets.

Markets got the message. The dollar rallied, the euro declined, gold traded down and interest rates ticked up. That’s exactly what you would expect if the Fed gave hawkish signals based on continued moderate growth.

There was only one thing wrong with this story, as I explained at the time: everything.

Friday’s data practically guarantee the Fed will not raise rates in December. The economy is not strong and the Fed may not raise rates again until well into 2018 — if then.

How can so much time, effort and talent be devoted to such a simple task and still get the wrong result? How could they get it so wrong?

The answer is that the so-called experts are using the wrong model of Fed behavior. As I’ve said many times, if you have the wrong model, you will get the wrong result every time. This happened again following the September Fed meeting and Janet Yellen’s subsequent press conference.

So what’s wrong with the mainstream model?

Its major shortcoming is that it pays attention to the Fed projections of growth and interest rates. These are the so-called “dots” (because they’re presented as a set of dots on a chart showing dates and rates.) All of the members of the board of governors and the regional reserve bank presidents are invited to provide their own dots.

The media glom onto the dots, compute an average of the dots and then treat the average as a consensus of Fed opinion. They project Fed policy based on this consensus. Markets react to the consensus estimate.

Here’s the problem. The dots are a joke. No one in the Fed headquarters in Washington takes them seriously. Starting the “dots” was an attempt at transparency by Ben Bernanke. The Fed can’t seem to get rid of them.

The media love them. But they are a joke. Pay no attention to them.

There’s a much more important Fed story that hasn’t gotten much media attention. But this story, not the Fed’s “dots,” could have a dramatic impact on interest rates going forward.

I’m talking about a changing of the guard that’s taking place at the Fed. I’ve mentioned it before, but I want to reinforce the point…

To review, the Federal Reserve’s Board of Governors is made up of seven appointees. That means that they can make a majority decision with four votes. The real power within the Fed is found on this seven-member Board of Governors.

As of last month, four of the seven Fed board seats are now vacant.

That means Donald Trump will be able to shape the Fed’s majority in a remarkable fashion. Remarkably, he now has the opportunity to appoint a higher percentage of the Board of Governors of the Federal Reserve system at one time than any president since Woodrow Wilson.

I told my readers months ago that “Trump owns the Fed.” That reality is playing out even faster than I expected then.

One nomination by Trump is pending (Randy Quarles). But that still leaves three more nominees to fill the board. And that’s not counting Janet Yellen, whose term expires at the end of January.

Many speculated that Gary Cohn, Trump’s top economic adviser and the former chief operating officer of Goldman Sachs, was a likely candidate to replace Janet Yellen. But that option seems to be off the table.

I fully expect that Kevin Warsh is the likely next chair of the Fed.

Warsh has previously served on the board. After being nominated by President George W. Bush, he was a Fed governor, where he served from 2006 until he resigned early in 2011.

This is a complete changing of the guard. The old guard represented by Yellen and Fischer are leaving. And a close associate of the old guard, Board of Governors member Lael Brainard, has admitted publicly that the Fed models are broken and they have no idea what they are doing…

On Sept. 5, Brainard delivered one of the most significant Fed speeches ever. Despite the Fed-speak, she more or less admitted the Fed has no idea how inflation works.

The Fed’s favorite measure of inflation plunged from 1.9% to 1.3% between January and August 2017, even as job creation continued and the unemployment rate fell. In other words, the relationship between tight labor markets and inflation turned out to be the exact opposite of what the Fed believed. Their models are in ruins.

Of course, this is what I’ve been telling my readers to expect all year. The Fed was tightening into weakness, not strength, and would soon have to flip back to ease in order to avoid an outright U.S. recession. And ease is exactly what Brainard called for in her speech.

The new guard, led by Kevin Warsh and including Brainard, will replace the old guard. Importantly, they are pragmatists, not ideologues like Yellen. Brainard’s groundbreaking speech last month only reinforces that view.

Brainard is right about one thing. Disinflation is a serious problem for a country with a 105% debt-to-GDP ratio. Inflation is needed for the U.S. to have any hope of getting the debt problem under control. This means government theft from savers and negative real rates. Warsh and the pragmatists understand this.

What does all this mean for markets?

You should expect lower real rates, slower balance sheet normalization and higher inflation than markets are now pricing. This will not happen all at once, but in stages over the next year.