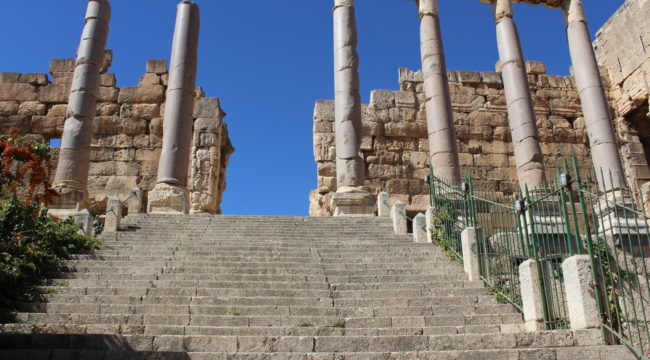 Washington Is the “New Rome”

I just got back from a trip to Washington, or what I call “New Rome” because Washington’s relationship to the rest of America is the same as Rome’s relations with the agrarian and plebeian citizens of its vast domains in late antiquity.

Washington is a parasite that sucks the rest of the country dry. The counties surrounding Washington, D.C., have the highest per capita income of any metropolitan area in the country including New York, Hollywood and Silicon Valley. The unemployment rate is also the lowest of any large region in the country.

At least New York, Silicon Valley and Hollywood all produce something we need or enjoy. Washington produces red tape, taxes and new ways to handicap innovation on a daily basis.

While America staggers after its first lost decade (2007–17) and with a new lost decade set to begin (Japan, anyone?), Washington grows fat and rich. Trust me, the hotels and restaurants in town are jammed. No depression here.

This is an important observation because it has to do with how great powers decline and fall.

The conventional view of the fall of the Roman Empire is that they succumbed to barbarian invaders. That’s only half the story. In fact, barbarians had invaded for centuries and been repeatedly repulsed by Roman citizens who valued their citizenship and were loyal to the emperor and senate in Rome.

Yet as Rome grew corrupt and decadent, it increased taxes and offered less safety in return. There came a time when barbarian rule looked better to frontier agrarians than rule from the corrupt cosmopolitan center.

When the barbarians invaded for the last time, citizens welcomed them. The barbarian policy was 10% taxes in exchange for order. Rome offered 20% taxation and disorder. Citizens went with the barbarians, and the rest is history.

Rome was not destroyed from the outside; it collapsed from the center. I see something similar happening today.

So why was I in Washington?

Well, for better or worse, this is where critical decisions are made that affect war and peace, decline or prosperity and the success or failure of enterprise. If you want to provide forward-leaning analysis to readers, it’s important to interact both with decision makers and the policy experts who advise them.

I’m always happy to share what I learn with my readers, unless it’s highly sensitive material I can’t divulge for national security reasons.

There won’t be any tax cut this year. As we say in New York, “fuggedaboudit.” Maybe next year, but even that’s not clear. The stock market has “priced in” a tax cut four or five times since last November. Wall Street loves a good story. So a tax cut policy failure, similar to the failure to repeal Obamacare, could be catalyst for a 10% stock market correction in coming months.

We’ve had four stock market corrections of 10–15% in each of the past eight years, or one every two years on average. The last one was January 2016, almost two years ago. So we’re due.

A 10% stock market correction is not the end of the world. Still, a quick 2,300-point drop in the Dow Jones industrial average might get some attention. This looks like a good time to decrease your equity exposure and allocate more to cash.

The issues on which Democrats and Republicans disagree include funding for Trump’s border wall, Planned Parenthood, Obamacare insurance bailouts, sanctuary cities and “Dreamer” immigration status. You get the point. There’s no middle ground.

We’ve had several government shutdowns in the past seven years. Again, this is not the end of the world. But it does not inspire confidence in U.S. governance at a time when China is taking center stage and war drums are beating in North Korea. There’s nothing the stock market likes less than uncertainty. This could be a catalyst for the overdue stock market correction.

It was a small group, invitation-only gathering. Most of my colleagues wanted to drill down on the Iranian portfolio, but my personal brief was all about North Korea. I’ll let my readers know what I learned in the coming days.

My rule on visits to Washington is not to stay more than two days. I don’t want to be captured by any swamp creatures.

So I’ve addressed some of the potentially negative catalysts coming out of Washington. But of course there are other catalysts from the purely market side…

Bull markets in stocks seem unstoppable right up until the moment they stop. Then comes a rapid crash and burn phase.

Is there any warning besides those I mentioned that a collapse is about to happen?

Of course there is. Analysts warn about it all the time and provide mountains of data and historical evidence to back up their analysis. The problem is that everyone ignores them!

You can talk about the dangers represented by CAPE ratios, margin levels, computerized trading, persistent low volatility, and complacency all you want — which I’ve done — but nothing seems to slow down this bull market.

Yet, there is one thing that can stop a bull market in its tracks, and that’s corporate earnings. The simplest form of stock market valuation is to project earnings, apply a multiple, and voilà, you have a valuation.

Multiples are already near record highs, so there’s not much room for expansion there. The only variable left is projected earnings and that’s where Wall Street analysts are having a field day ramping up stock prices.

Earnings did grow significantly in 2017 on a year-over-year basis, but that’s mainly because earnings were weak in 2016 so the year-over-year growth was relatively easy. Now comes the hard part.

Wall Street just uses a simple extrapolation and says next year will be like this year only better. But there is every reason to doubt that extrapolation. Earnings are likely to fall short of expectations, which can lead to a correction. Once that happens, multiples can shrink as well.

Soon you’re in a full-scale bear market with stock prices down 20% or more. That’s without even considering a war with North Korea and all the dangers others I’ve already mentioned.

This may be your last clear chance to lighten up on listed equity exposure before the bubble bursts.

If you haven’t already, I recommend you move a portion of your portfolio into cash, physical gold and select gold mining stocks, plus other hard assets like real estate and fine art.