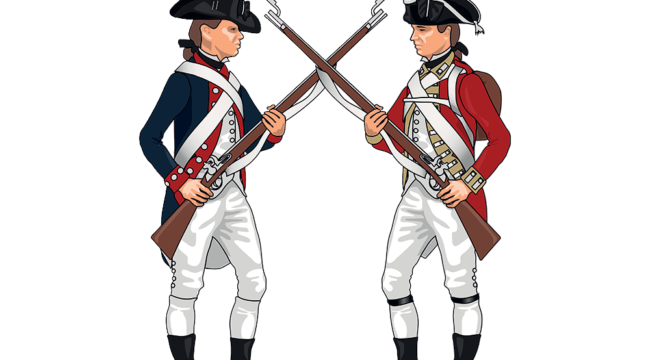 I did not celebrate the Fourth of July today.

This goes back to a term paper I wrote in graduate school. It was on Colonial taxation in the British North American Colonies in 1775. Not counting local taxation, I discovered that the total burden of British imperial taxation was about 1% of national income. It may have been as high as 2.5% in the southern Colonies.

Rabushka’s most original and impressive contribution is his measurement of tax rates and tax burdens. However, his estimate of comparative transatlantic tax burdens may be a bit of moving target. At one point, he concludes that in the period from 1764–1775 “the nearly 2 million white Colonists in America paid on the order of about 1% of the annual taxes levied on the roughly 8.5 million residents of Britain, or 1/25th in per capita terms, not taking into account the higher average income and consumption in the Colonies” (p. 729). Later he writes that on the eve of the Revolution, “British tax burdens were 10 or more times heavier than those in the Colonies” (p. 867). Other scholars may want to refine his estimates, based on other archival sources, different treatment of technical issues such as the adjustment of inter-Colonial and transatlantic comparisons for exchange rates or new estimates of comparative income and wealth. Nonetheless, no one is likely to challenge his most important finding: the huge tax gap between the American periphery and the core of the British Empire.

The Colonists had a sweet deal in 1775. Great Britain was the second-freest nation on Earth. Switzerland was probably the most free nation, but I would be hard-pressed to identify any other nation in 1775 that was ahead of Great Britain. And in Great Britain’s Empire, the Colonists were by far the freest.

In his book, Rabushka gets to the point:

Historians have written that taxes in the new American nation rose and remained considerably higher, perhaps three times as much, than they were under British rule. More money was required for national defense than previously needed to defend the frontier from Indians and the French, and the new nation faced other expenses.

The debt burden soared as soon as the Revolution began. Monetary inflation wiped out the currency system. Price controls in 1777 produced the debacle of Valley Forge. Percy Greaves, a disciple of Austrian economist Ludwig von Mises and for 17 years an attendee at his seminar, wrote this in 1972:

The situation became so bad in Pennsylvania that the people and legislature of this state decided to try “a period of price control, limited to domestic commodities essential for the use of the Army.” It was thought that this would reduce the cost of feeding and supplying our Continental Army. It was expected to reduce the burden of war.

The prices of uncontrolled imported goods then went sky-high, and it was almost impossible to buy any of the domestic commodities needed for the Army. The controls were quite arbitrary. Many farmers refused to sell their goods at the prescribed prices. Few would take the paper Continentals. Some, with large families to feed and clothe, sold their farm products stealthily to the British in return for gold. For it was only with gold that they could buy the necessities of life which they could not produce for themselves.

On Dec. 5, 1777, the Army’s quartermaster-general, refusing to pay more than the government-set prices, issued a statement from his Reading, Pennsylvania, headquarters saying, “If the farmers do not like the prices allowed them for this produce, let them choose men of more learning and understanding the next election.”

This was the winter of Valley Forge, the very nadir of American history. On Dec. 23, 1777, George Washington wrote to the president of the Congress “that, notwithstanding it is a standing order, and often repeated, that the troops shall always have two days’ provisions by them, that they might be ready at any sudden call; yet an opportunity has scarcely ever offered, of taking an advantage of the enemy that has not been either totally obstructed, or greatly impeded, on this account… We have no less than 2,898 men now in camp unfit for duty, because they are barefoot and otherwise naked… I am now convinced beyond a doubt, that, unless some great and capital change suddenly takes place, this Army must inevitably be reduced to one or other of these three things: starve, dissolve or disperse in order to obtain subsistence in the best manner they can.”

“There Was No British Tyranny, and Surely Not in North America”

Only after the price control laws were repealed in 1778 could the Army buy food again. But the hyperinflation of the Continentals and state-issued currencies replaced the pre-Revolution system of silver currency: Spanish pieces of eight.

In 1872, Frederick Engels wrote an article, “On Authority.” He criticized anarchists, whom he called anti-authoritarians. His description of the authoritarian character of all armed revolutions should remind us of the costs of revolution.

A revolution is certainly the most authoritarian thing there is; it is the act whereby one part of the population imposes its will upon the other part by means of rifles, bayonets and cannon — authoritarian means, if such there be at all; and if the victorious party does not want to have fought in vain, it must maintain this rule by means of the terror which its arms inspire in the reactionists.

After the American Revolution, 46,000 British Loyalists fled to Canada and other places controlled by the crown. They were not willing to swear allegiance to the new Colonial governments. They retained their loyalty to the nation that had delivered to them the greatest liberty on Earth. They had not committed treason.

That the largest signature on the Declaration of Independence was signed by the richest smuggler in North America was no coincidence. He was hopping mad. Parliament in 1773 had cut the tax on tea imported by the British East India Co., so the cost of British tea went lower than the smugglers’ cost on non-British tea.

So once again, I’m not celebrating the Fourth of July today.