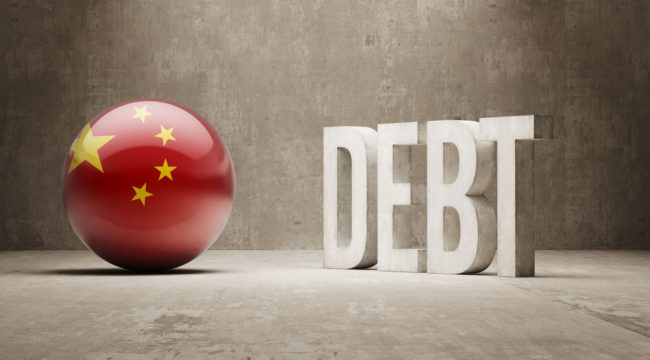 Warnings From the "China Beige Book"

Leland Miller, a good friend of mine, is the founder and proprietor of an economic research service called the “China Beige Book.”

Lee does in China what the Fed does in its regions, except he covers the entire country. He has a diverse network of over 3,000 companies and entrepreneurs in all business sectors. He gets his information straight from the source and bypasses government channels. It’s like a private intelligence service.

In fact, Lee’s network is better than the CIA’s when it comes to economic data. The CIA actually turns to Lee for advice.

The detailed research service costs about $100,000 per year for one subscription. But Lee publishes summaries on a quarterly basis, and they are freely available. His latest summary doesn’t paint a pretty picture.

The China Beige Book, CBB, says that China had been covering up and smoothing over problems related to weak growth and excessive debt in order to provide a calm face to the world in advance of the National Congress of the Communist Party of China, which took place last month.

CBB also makes it clear that the much-touted “rebalancing” of the Chinese economy away from investment and manufacturing toward consumption and spending has not occurred. Instead China has doubled down on excess capacity in coal, steel and manufacturing and has continued its policy of wasteful investment fueled with unpayable debt.

It’s become obvious that the first cracks are starting to appear in China’s Great Wall of Debt.

The Chinese debt binge of the past 10 years is a well-known story. Chinese corporations have incurred dollar-denominated debts in the hundreds of billions of dollars, most of which are unpayable without subsidies from Beijing.

China’s debt-to-equity ratio is over 300%, far worse than America’s (which is also dangerously high) and comparable to that of Japan and other all-star debtors. China’s trillion-dollar wealth management product (WMP) market is basically a Ponzi scheme.

New WMPs are used to redeem maturing WMPs, while most of the market is simply rolled over because the underlying real estate and infrastructure projects cannot possibly repay their debts.

A lot of corporate lending is simply one company lending to another, which in turns lends to another, giving the outward appearance of every company holding good assets, but in which none of the companies can actually pay its creditors. It’s an accounting game with no real money behind it and no chance of repayment.

All of this is well-known.

What is not known is when it will end. When will confidence be lost in such a way that the entire debt house of cards crumbles? When will a geopolitical shock or natural disaster trigger a loss of confidence that ignites a financial panic?

There was little prospect of this in the past year because President Xi Jinping was keeping a lid on trouble before the recently concluded National Congress of the Communist Party of China.

With the congress behind him, Xi is ready to undertake reform of the financial system, which means shutting down insolvent companies and banks. Now the first bankruptcies have begun to appear.

Dandong Port Group, which does business in the hot zone near North Korea, has just defaulted on its debt. This may be the opening default in a wave of defaults about to hit. The question is whether President Xi can implement his planned reforms and clear up insolvent companies without turning the process into something more dangerous that can spin out of control.

The early signs are that this restructuring process will be more difficult than Xi expects and that the potential for panic is higher than at any time since 2008.

CBB forecasts that either China will experience a significant slowdown in 2018, which will have ripple effects on world growth, or else it will face an even bigger debacle down the road. Both outcomes are bad news for the global economy.