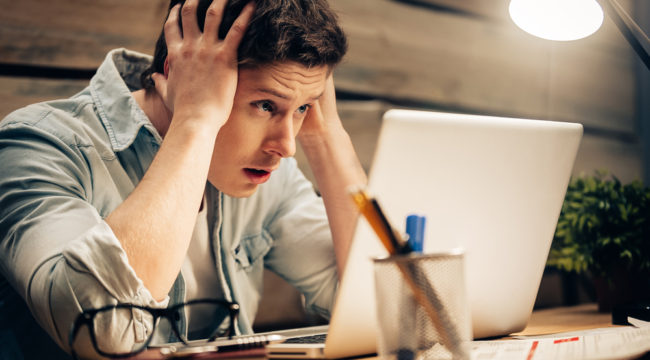 Warning: This Video Will Make Your Blood Boil

You’re about to watch a video that may cause you to smash your screen.

In it, you’ll see a CNN “journalist” you have known for years, who arguably looks drunk. No joke.

Her name is Christiane Amanpour.

And her arrogant “perspective” in this video reveals why so many revile the mainstream media as dishonest charlatans.

She Can’t Handle the Truth

Consider this quote from Amanpour in 2006:

“You’re either for that [truth] or you’re in the propaganda business. Our objective is the truth, as close to it as we can get. We don’t want to be assailed by ideology, partisan politics or the monopoly of one party.”

Now keep those words in mind when you watch this video of her interviewing Daniel Hannan, a leader of the pro-Brexit movement:

For an “objective” journalist, she sure seems opinionated and emotional about one side of the argument. And in mere seconds she resorts to rank demagoguery and propaganda straight out of Joseph Goebbels’ playbook.

But Amanpour’s activism didn’t start with that video…

She’s been a “Remain” booster posing as a journalist for months. She’s routinely taken to CNN to categorize the Brits’ desire to leave the European Union as racist and xenophobic.

Keep in mind, more than 17 million Brits voted to control their own borders, laws and sovereignty in a democratic vote. They clearly want their future determined by their elected parliament.

However, to Deep State elitists like Amanpour, Brexit supporters can’t be honest people with different views. They must be evil and deceptive actors. And she won’t let facts get in the way of that twisted narrative.

You can see how she misrepresents Hannan’s positions over the course of the clip and attempts to paint him as a proponent of hate crimes, and a racist and a bigot.

That’s pure garbage posing as journalism. But Hannan wasn’t having any of it…

And when he calmly refuted her shrill attack with facts, she turned into a shrieking toddler seemingly in need of a diaper change.

Amanpour’s epic fail unfolded because she approached Hannan not as an unbiased journalist, but as a bully who expected him to roll over, take it and admit his “error.”

I didn’t know of Hannan in advance of seeing this clip, but his calm and cool demeanor in the face of Amanpour’s meltdown sure made me smile.

But for us, this clip serves an even larger purpose beyond showing Amanpour’s disgust for Hannan’s liberty. It shows how proper decision-making can be ruined by human bias.

How to Beat Back Bias for Winning Trades

This is especially true in investing. Cognitive biases can cost you money if you’re not aware of them.

History shows that losing traders’ biases seep into their decision-making, while successful traders like trend followers recognize and minimize their biases.

I want you to be the latter, not the former.

I talked about this in a podcast I recorded last year, where I revealed many of the human biases that lead to poor investing decisions… and how you can avoid them to make a killing in the markets.

Please send me your comments to coveluncensored@agorafinancial.com. I’d love to hear your thoughts. Don’t sugar coat it!