The Volcker Rule & the London Whale 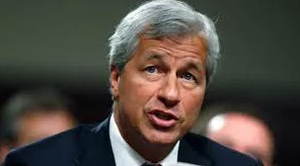 “It is not down in any map; true places never are.”

News reports that prosecutors have dropped their case against Bruno Iksil, the former JPMorgan (NYSE:JPM) trader many know as the “London Whale,” comes as no surprise.  Iksil, who resurfaced earlier this year, has been living in relative seclusion in France for the past few years.

In previous comments posted on Zero Hedge, the Institutional Risk Analyst dispensed with the notion that the investment activities of Iksil and the office of the JPM Chief Investment Officer were either illegal or concealed from the bank’s senior management.  The fact is that Iksil and his colleagues at JPM were doing their jobs, namely generating investment gains for the bank.

The outsized bets made by the “whale” in credit derivatives contracts resulted in a loss in 2012, but the operation generated significant profits for JPM in earlier years.  As veteran risk manager Nom de Plumber told us in Zero Hedge in 2012:

“This JPM loss, whether $2BLN or even $5BLN, is modest in both absolute and relative terms, versus its overall profitability and capital base, and especially against the far greater losses at other institutions. In practical current terms, the hit resembles a rounding error, not a stomach punch.  As either taxpayers or long-term JPM investors, we should be more grateful than sorry about the JPM CIO Ina Drew. If only other institutions could also do so ‘poorly’…”

When JPM and other large banks began to implement the Volcker Rule after the passage of the 2010 Dodd-Frank law, the activities of Iksil and his colleagues in New York began to come to light. Principal trading, which is now outlawed by the Volcker Rule, creates enormous opportunities – and conflicts — for banks that act both as traders and lenders.

“[D]ear friends in the Big Media, it is time to get a collective clue.  The real problem with CDS trading by large banks such as JPM is not the speculative positions taken by traders like Bruno Iksil, but instead the vast conflict of interest between the lending side of the house and the trading side, whether the trader is on the arb desk or, in the case of Iksil, working for the CIO trading for the bank’s treasury.”

When caught in the act, the bank naturally cast Iksil’s activities as being somehow illicit and against company policy.  But in fact his trading activities had been understood, blessed and even directed by the JPM’s senior management going back years. Far from being a hedge for other exposures of the bank, in fact the strategy of the CIO’s office was to generate returns as the bank’s internal hedge fund.

When as early as 2010 discussions reportedly occurred about “hedging” Iksil’s illiquid credit derivative positions, presumably those involved understood that this was a risk position taken as part of a deliberate investment strategy. That Iksil apparently believed that he could not be bullied by other counterparties because of the fact of trading for JPM speaks to how he viewed his activities, which were entirely visible to other market participants.

The JPM CIO’s office under Ina Drew ran an active trading strategy, making markets around positions on a continuous basis to provide live valuations and generate short-term returns.  The fact that big banks no longer trade their investment books illustrates the diminution of liquidity that has occurred since the adoption of the Volcker Rule. But for the banks, the legacy of the London Whale and the larger implementation of Dodd-Frank has left a deep mark on risk managers and those concerned with maintaining internal systems and controls at large banks.

But now Iksil has accused JPM’s Chief Executive James Dimon of laying the ground for what was eventually a $6.2 billion loss, Reuters reports.  In an account on his website, Iksil also blames senior executives at the bank for the investment strategies that led to those losses.  Iksil’s account now sounds an awful lot like what we heard from his former colleagues in New York some six years ago.

At the time, JPM’s counsel had already mandated the elimination of the managers and traders in the CIO’s area as part of implementing the Volcker Rule, leading to a number of redundancies in New York.

We know about the Whale because of the implementation of the Volcker Rule.  But the key event that broke the scandal open was the public statement by Dimon, this in response to persistent press queries from The Wall Street Journal and Bloomberg News, that the rumors of losses in the CIO’s office were “a tempest in a teapot.”

But for the public statement by Dimon, which required additional clarification and disclosure, the activities of the CIO that might otherwise have been dealt with in the fine print of JPM’s earnings release.

Instead, JPM was forced to not only enhance disclosure of the CIO’s trading results, but then went through a firestorm of congressional hearings, regulatory questions and litigation that continues to this day.  We recall sitting in the analyst presentation at JPM’s HQ dealing with the London Whale as Ken Langone glared at the assembled audience of Sell Side analysts.

In his congressional testimony, Dimon attributes the bank’s loss to a modeling error, but in fact the exposure was simply ignored.  Notice that at no point has the financial media or regulators questioned the company line about what actually happened and when.

Iksil’s statements seem to take us back down that road and, specifically, to suggest that senior management at JPM was actively aware of the strategies taken by the CIOs office years before the big losses occurred.  Our old pal Nom de Plumber commented over the weekend:

“In the end, the London Whale disaster reflected the mis-marking of generic Index CDS trades, which then-CFO Doug Braunstein ignored.   The problem was not complex risk modeling or market risk measurement.   The quants tried to re-jigger VaR measurement of the trades, to avoid breaching risk limits – for CIO trades which Jamie specifically demanded of Ina Drew… regardless of preceding protests from risk managers like John Hogan and Robert Rupp.”

Nom de Plumber tells The IRA that Ina Drew was essentially running a hedge fund directed by Dimon and other senior managers, a fund that was largely kept outside of the bank’s risk management and reporting procedures.

Consider the bizarre situation in 2011-2012 when counterparties of Iksil facing the JPM commercial bank were unable to make margin calls, but the JPM investment bank was making margin calls on these same counterparties for positions in the very same indexed credit derivatives.

Bruno Iksil has waited for the proverbial concrete to harden over the past few years before coming forward with his latest accusations. This makes it difficult or impossible for Dimon and his lieutenants to change their story now.  It will be very interesting indeed to see if anyone from the financial media or even the regulatory community picks up the new trail illuminated by Iksil’s statements.

The episode involving the London Whale illustrates how difficult it is to learn the truth about the inner working of large banks.  Big banks profit by exploiting information and conflicts found between the world of credit and the world of securities.  Indeed, the CIO’s office generated big returns for JPM over the decade or so that Iksil was with the bank.

But the London Whale episode also shows in graphic terms why the Volcker Rule prohibitions against banks trading for their own account need to be preserved and strengthened.  There is a fundamental conflict between a bank acting as a lender and trading credit derivatives.

More, if the CEO of a bank – any bank – can short circuit the internal controls of his institution in order to enhance returns with a bet at the credit derivative roulette table, then by definition that bank cannot be safe and sound.

[This post on The Volcker Rule and the London Whale was originally published on The Institutional Risk Analyst from R. Christopher Whalen.]