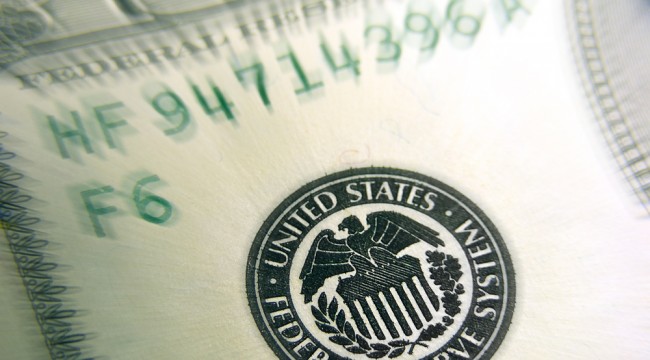 Volcker: Credibility Must Not Be Frittered Away

Volcker believes the central bank should only protect the dollar.

“I know that it is fashionable to talk about a dual mandate,” he told the Economic Club of New York. “[The mandate is] illusory in the sense that it implies a trade-off between economic growth and price stability.” Volcker believes the concept has been refuted for a long time.

Under Bernanke’s direction, the Federal Reserve has committed to printing money until unemployment falls below 6.5%. With the current rate at 7.6%, they have a long way to go.

“[The assumption is],” Volcker echoed his comments from I.O.U.S.A. to the Economic Club, “the inflation rate can be manipulated to reach economic objectives… But all experience amply demonstrates that inflation… is hard to control and reverse. Credibility is lost.”

As Fed chief in the early 1980s, Volcker is credited with clamping down on money creation to cap the runaway inflation of the prior decade. “I just followed the market,” he explained when we interviewed him for the film. “We needed to raise rates in order to attract the capital necessary to fund operations of the government.”

Volcker’s lesson for the Fed: “Credibility is an enormous asset. Once earned, it must not be frittered away.”

Taken together with Greenspan’s recent comments, Paul Volcker’s remarks suggest that there is mounting pressure on the Fed to end asset purchases. QE may end soon. If it does, not only will interest rates change, but the markets may not react kindly.

Paul Volcker: The Last of His Kind