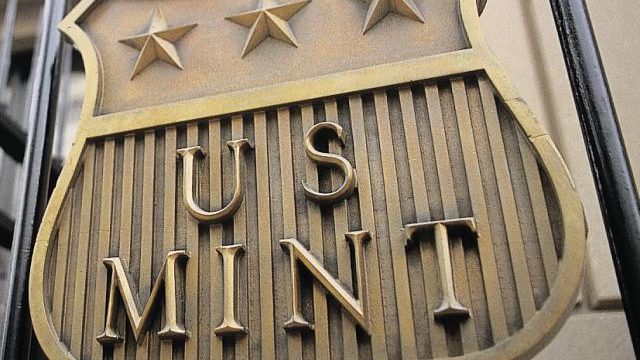 Today, we’re taking a look at silver, the forgotten metal…

Silver has done well in 2016. It rose from a low near $14 per ounce in January to over $20 per ounce during the summer (just after Brexit). Silver has currently settled at a little over $19 per ounce.

I see a lot more upside with silver — both bullion and mining shares — because its price is ready to move again. And applying the lessons of basic supply and demand, silver could be in for quite a run…

Silver demand continues to surge. The U.S. Mint, for example, is continuously breaking all modern records for the number and volume of silver coins it mints and sells. Indeed, last year, the Mint ran out of silver for a time, and had to stop producing new coins. “There’s not enough silver,” said the Mint director. He should know, right?

It’s a similar silver story overseas, where investors who can buy metal are carting it away from supply points. A few years ago, for example, I visited a secure vault in Switzerland, in which an entire section, about 10,000 square feet, was stacked with silver bars and bags of silver “shot” (sort of like bee-bees; used in industrial applications).

Much of the material was industrial stockpile, because German manufacturers — in this case, the silver owner was one of Germany’s largest automakers — simply can’t afford to run out of silver feedstock.

As demand increases, however, global output (aka “supply”) is falling due to mines closing. Not “silver mines,” mind you. It’s that much of the world’s silver comes as a byproduct of mining other commodities, like copper, lead and zinc. We’ve had a slew of those kinds of base metal mines shut down in the past three years. Now silver supply is thinning, and inventories are depleting.

It’s a global problem. In 2015, the global silver deficit — more demand than mine supply — was about 130 million ounces, made up by selling stockpiles and inventory. According to French bank Société Générale, silver supply in 2016 is likely to decrease another 9%. So the supply picture will tighten even more.

This is why I believe silver is poised to rally. As the magnitude of the problem sinks in — limited supply and rising demand — I expect that more of the planet’s big-money players will rush into precious metals. And it’ll make for a pricing tsunami.

The world’s total investment holdings in silver are just over $50 billion in value, as compared to over $3 trillion of value in gold. There’s 60-times more “value” tied up in gold, versus silver. Plus, over $2.5 trillion of that $3 trillion is controlled by private players like hedge funds, institutions and investor-backed entities like gold ETFs.

If even a small amount of that “gold” money decides to move to silver — let alone if “new” money comes into the market — that $50 billion of silver will simply vanish into the buying ether. Silver prices will skyrocket.

Consider also that higher prices will not bring out new supply — not in the short term. Sure, people will take silverware down to the local scrap dealer and sell it for cash. But that won’t make up for a massive deficit in overall global demand. The only way to make up the shortfall is with new mines, which require many years and large capital expense to initiate.

Thus, as we move ahead, I’m keeping a sharp eye on silver — the metal and miners. Again, “There’s not enough,” as the director of the U.S. Mint noted. And it’s a problem that will not resolve quickly.