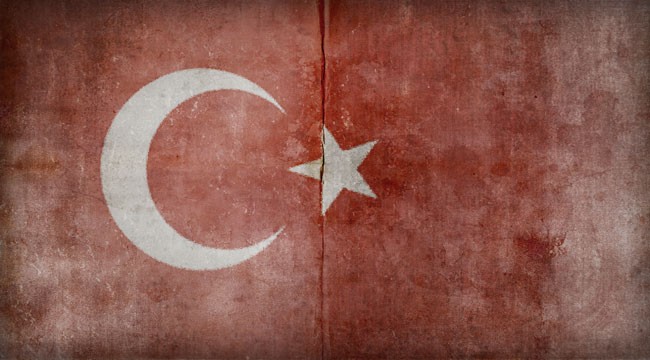 I recently returned from Istanbul, Turkey. I had the opportunity to meet with a director of the central bank, along with stock exchange officials, regulators, major investors and one of Turkey’s wealthiest men, Ali Ağaoğlu, a flamboyant property developer known as “the Donald Trump of Turkey.”

I also spent time with everyday citizens from store owners to taxi drivers and more. Invariably, such a range of contacts produces information and insights beyond those available from conventional research channels and buy-side reports. It was a great chance to gather market intelligence on the world’s eighth-largest emerging market.

If you visit Istanbul, you cannot help but be impressed with the indelible beauty of the city. It’s easily on a par with Paris, Venice and other beautiful cities of the world. Istanbul also has more than its share of history, having witnessed the rise, fall and clash of empires from late-antiquity Romans, through Greek Byzantines, Ottoman conquerors and Persian rivals. The mix of East and West, Christian and Muslim and old and new is like no other city in the world.

Today, Istanbul is an emerging financial center not just for Turkey but also for a broad region including Eastern Europe, Central Asia and the Middle East. Although Turkey is classified as an emerging market (EM), it is closely aligned with major developed countries as a longstanding member of NATO. It also aspires to join the European Union.

Turkey is a test-tube study in how EM countries reach developed status. As such, it is subject to the interactions between developed and emerging markets, including hot money capital flows, currency wars and the struggles with interest rate policy and inflation.

I returned with good news and bad news. The good news is that the banking system is functioning well and inflation is contained.

This contrasts sharply with a disastrous period of hyperinflation from 1995-2005, at the end of which a short taxi ride cost 20 million Turkish lira. In 2005, the government engaged in currency reform that started by dropping six zeros so that the 20 million lira note became a 20 lira note. The currency has been fairly stable for the past 10 years, and inflation has been mild.

The bad news is that Turkish financial markets are now subject to many of the adverse trends affecting all EM economies around the world. The central bank is under pressure from politicians to cut interest rates and devalue the Turkish currency to promote exports and tourism.

This is a typical case of a country being pushed to join the currency wars. Of course, what results from the currency wars is not growth, but inflation, as recent experience in Brazil and Australia has demonstrated.

Turkey has a large, well-educated population, good infrastructure, strong exports and tourism and is strategically located to act as a conduit for energy flows from the Caspian and Central Asian regions to the Balkans and Central Europe. 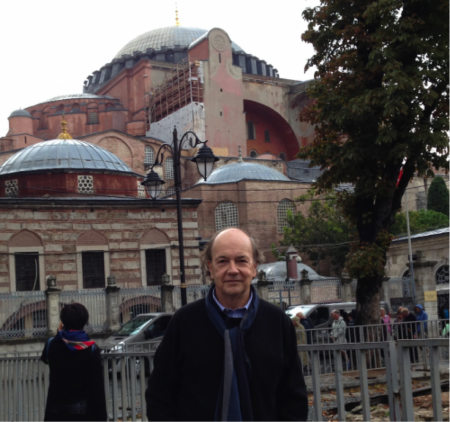 Me in Istanbul, Turkey outside the Hagia Sophia, a church built in the 6th century, later converted to a mosque, and now a museum and United Nations World Heritage Site.

Based on these accomplishments and resources, Turkey seems poised for continued growth and should be a magnet for foreign direct investment from countries with capital surpluses, including China and Russia.

The Turkish individual savings rate is low, while consumers continue to spend freely using credit cards and other forms of consumer credit. The banks are happy to accommodate this credit expansion, because they are flush with deposits. Turkish consumers prefer to leave their money in the bank, where deposits rates are 8% or higher.

This impedes capital formation because most investment products such as stocks and bonds cannot compete with the high rates offered by the banks. The result is that Turkey is underinvesting, and overconsuming, fueled by easy credit. The credit boom has the makings of a future credit collapse similar to the U.S. subprime fiasco in 2007.

The bubble dynamics are not confined to consumer credit. Real estate, both high-end residential and commercial, is in a bubble also, with rapidly rising prices and a skyline filled with construction cranes.

This boom is also being fueled by cheap bank credit. Much of the residential demand is coming from wealthy international buyers, many trying to get money out of unstable home countries such as China, Russia, Argentina, Venezuela, Syria and Egypt.

Recep Tayyip Erdoğan has been president of Turkey since August and was prime minister from 2003 until his election as president. The decisive victory by Erdoğan in Turkey’s first-ever direct presidential election last August has important implications for the politics and economy of Turkey, but the international implications are no less profound.

The large size of Erdoğan’s margin of victory, 13 points ahead of the next closest candidate, and the fact that he avoided a runoff by obtaining an outright majority in the first round of voting are both sources of strength and leave him with a powerful mandate to pursue his pro-Sunni, pro-nationalist, conservative, religious agenda at home and abroad. Erdoğan will now be dealing from a position of strength, and that strength will likely grow for years to come.

Erdoğan also serves as a beacon for a specifically Muslim political identity, especially after the suppression of the Muslim Brotherhood throughout the Middle East. His brand of pro-Muslim politics may prove attractive when compared with the secular Egyptians, conservative kingdoms in Saudi Arabia or Jordan or the extreme radicalism of the Islamic State.

Erdoğan is now stronger at home and more influential in the region than ever. He will be able to leverage Turkey’s economic and geopolitical power to tip the balance in various disputes among large powers such as the U.S., Russia and China. With the U.S. in retreat around the world, Turkey will emerge as the arbiter of regional disputes involving other powerful players such as Iran and Israel.

Erdoğan’s personal star has risen, and he hopes that Turkey’s national star will soon follow. Turkish power is on the rise. The danger is that Erdoğan’s power rests on the polarization of Turkish society. Erdoğan’s victory depended in part on his polarizing rhetoric and emphasis on ethnicity.

If this polarization goes too far, Erdoğan’s prospective gains at home and abroad may be undermined in the long run by the divisions that helped him to victory. His AK Party now appears to be involved in the same kind of corruption for which AKP rightly criticized opposition parties in years past.

It hardly needs noting that Turkey is in a bad neighborhood, sharing long borders with Syria, Iraq, Iran and the Caucasus. Its southern border is in crisis, with Syrian refugees fleeing the Islamic State and civil war. The risk of an independent Kurdistan comprised of parts of Iraq, Turkey and Iran is another danger to Turkey’s stability, and even the global financial system.

Longer term, Turkey is a highly attractive emerging market with excellent growth potential based on its people, industry, infrastructure and strategic locations. Yet for the next two years, higher inflation, currency devaluation and bursting credit bubbles are potential problems for investors, and geopolitical danger is a problem for the nation as a whole.

Investors need to tread carefully in choosing stocks and be alert to the dangers of devaluation, inflation and a banking crisis once the multiple credit bubbles burst.

Turkey is a typical case of a large emerging market with good long-run potential but plenty of short-run political and economic problems.

We’ll be watching for a good entry point in the Turkish market in late 2015 or early 2016 if the U.S. dollar rally starts to weaken as we expect.