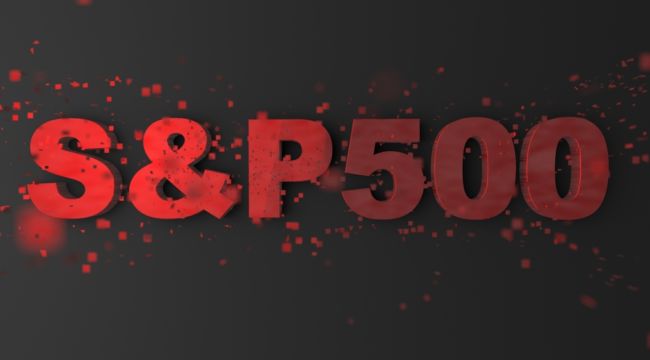 The Standard & Poor’s 500 presently bounces along at 4,513. Yet where will the index sit two years from today?

Will the answer alter your retirement plans?

For answers we glance backward… so that we may look forward.

We enjoy setting you upon our hook and dangling you in the air. Thus we offer you these five choices.

Have you decided? The answer — the likely answer, that is — you will have shortly.

But before we look back, or look ahead, let us look down…

The circulating explanation? The Omicron variant has breached the nation’s defenses. Today the United States reports its first case.

We hazard Dr. Fauci is in clover. It gives him something more to yell about.

Meantime, gold scratched out a $4.40 gain, while Bitcoin has fallen $665 backward as we write.

So much for the present turbulences and effervesserences. But what about the all-important future? For as we have declared before:

They amuse us – at times, impossibly. Yet they do not fascinate us.

It is instead the grand sweep that fascinates us, the long view. We seek the perspective of the circling eagle high overhead.

“This Time Is Different”

We will spare you CAPE’s inner wizardry.

But know this: Going by the CAPE ratio, stocks had never been costlier — not even in 1929 when the ratio read 30.

“This time is different,” said the crackerjacks. It was a new era dawning. Conventional metrics such as price-earnings ratios counted nothing, they exulted.

In 1999, equity valuations stood at unprecedented peaks, even dwarfing those of 1929. At the time, investors were euphoric as if the rally were eternal… Investors bought the narrative with little to no due diligence.

Of course that time proved no different whatsoever.

The S&P 500 proceeded to shed 15% over the following decade — a decade punctuated by two severe hemorrhagings.

The Nasdaq 100 plunged a vicious 55% across the same space.

Yet as in 2000, today’s stock market buglers pay little heed to valuations.

They assure us that today’s low interest rates warrant these stratospheric valuations. Stocks are not nearly so costly as valuations indicate.

“Besides, the Fed has our back” is the tune they whistle.

Not only is today’s speculative environment eerily similar to the late ’90s, but valuations, in many cases, are frothier than that period.

It does sound familiar, all too familiar. The lyrics may differ somewhat but the tunes rhyme in every significant respect.

They are both merry little ditties. They are dance music.

The band put down its instruments in 2001 and the dejected dancers abandoned the floor.

Lebovitz warns the instruments are likely to go silent again — soon rather than late.

Today’s impossible valuations can only be justified by the prospects of double-digit economic growth:

Conservatively speaking, current valuations are on par or greater than those in 1999 and any other period. Such a statement is statistically factual, but it ignores the economic environments of both periods. For instance, if you think the economy and corporate earnings will grow at double-digit rates for years, we can make the case valuations are fair today.

Will the economy and corporate earnings grow at double-digit rates for years? It is unlikely.

Too Indebted to Grow

Both public and private sectors have too much debt sitting down upon them… great millstones around the neck.

The Federal Reserve’s balance sheet totalled $860 billion in 1999. Today it bulges to an obese $8.57 trillion.

“Investors Were Better off Paying Higher Valuations in 1999 Than Today”

Economic and earnings growth rates today are weaker than 20 years ago. Further, debt levels, measured as a ratio to GDP, are much higher today. Productivity growth and demographics, two significant factors determining economic growth, are weighing on economic growth today. In the ’90s, they were strong economic tailwinds.

… the amount of monetary stimulus via low-interest rates, and the Fed’s enlarged balance sheet is much more accommodative than in 1999.

Fundamentals and the economic/earnings outlook are weaker today than in 1999. As a result, investors were better off paying higher valuations in 1999 than today… The bottom line is investors are paying more and getting less compared to 1999.

Did you catch that? “Investors were better off paying higher valuations in 1999 than today.”

Likely economic growth cannot justify them. Yet here they are.

So where will the S&P 500 sit in two years? In reminder, your choices are these:

At the opening of 2000 the S&P had outraced expectations, sprinting ahead to a jolly 1,450.

But the laws of statistics would not be so easily conned.

Has any clock ever run truer? Now we turn our attentions to the following 20-year stretch, ending in 2023…

If the 20-year clocks hold their precision — if they keep true time — the S&P 500 is in for a trouncing these next two years.

How much of a trouncing? A 43% trouncing.

Assuming the regression holds, and history has favorable odds of that occurring, we should expect the S&P 500 to fall to 2,650 in the next two years. A 43% decline is harsh, but it will only leave the index at fair value based on the last 40 years of CAPE levels. Quite often, markets revert below their means.

The Cost of Every Pleasure

We are therefore in for what mathematical men term “regression to the mean.”

Our crystal is cloudy.

The Federal Reserve may even keep the show running through 2023.

Yet as the great Buddha never said: “The cost of every pleasure is the pain that succeeds it.”

Perhaps it is best to get it over with and have done. Delay will only magnify the eventual agonies…