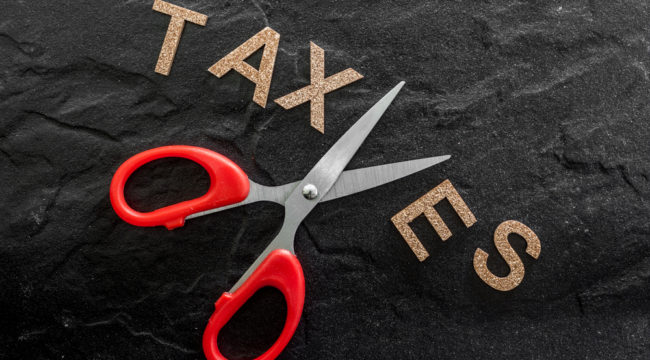 Tax cuts are the master key to Trump’s economic agenda.

No tax cuts and the rest is just gossip and gossamer. They’re one of the reasons for the Trump “reflation trade” that’s sent the Dow’s barreling some 3,000 points since early November.

But are those tax cuts in jeopardy?

Trump has said he can’t “do” tax cuts until first “doing” health care. Straight from the equine’s oat hole:

Statutorily and for budget purposes… we have to do health care before we do the tax cut. The tax cut is going to be major… but I can’t do it until we do health care.

Ryan lauds his plan from hell to breakfast, says it lands clouts for freedom, slashes costs and red tape, covers everyone and runs the mile in four minutes flat.

But the party’s budget hawks say Ryan’s plan is all halfway-house options. It’s “repeal and replace” in name only. Or as David Stockman styles it, “Obamacare Lite.”

Meanwhile, the moderates moan it doesn’t cover everyone, that it’s a political land mine.

Poor Paul Ryan, caught in the switches of intraparty politics.

But now the Congressional Budget Office (CBO) has entered the combat. And it lobs grenades on Ryan’s head…

The CBO says 14 million Americans could lose health coverage by next year under the Ryan plan. That figure rises to 24 million by 2026.

Bloomberg says these numbers are a “setback” for Trump, who promised “insurance for everybody.”

The report also intensifies the war between hawks and moderates. David Stockman:

Based on the CBO report released on Monday, I have no doubt that Obamacare “repeal and replace” is turning into exactly the fiscal and political calamity I have been predicting. I think the battle ahead will shatter the frail GOP majorities on Capitol Hill.

But if Ryan/Trump can’t collar the votes on health care, does that really mean no tax cuts either?

So it would seem.

There it is, plain as midday. No health plan… no tax cuts.

But we’ve got some news for them…

The Ryan plan could die as soon as Thursday…

It goes on trial before the House Budget Committee. If it doesn’t make it out of committee, into the trash can it goes. Then back to the drawing board.

The Ryan plan won’t notch a single yea from committee Democrats. But if just four Republicans defect, down she goes.

At least seven Republican committee members have called for a full Obamacare repeal over Ryan’s soft soap compromise. One member, Dave Brat of Virginia, indicated he’ll vote against the bill as written.

If he does… will three more join him?

Even if the Ryan plan makes it through committee, it still swims upstream. It has to first pass the House. Then the Senate.

Which is no guarantee.

But the hourglass runs low…

The debt ceiling expires tomorrow. Team Trump doesn’t even have a budget in place yet. And the tax cut — the meat of Trump’s economic agenda — is a dead letter until they “do” health care.

But if tax cuts stall, what about the Trump reflation trade?

Market expectations have been raised, and I fear they’ll be dashed if we don’t have real tax reform.

The Trump reflation trade may have gone on hope. But even hope won’t wait around forever.

David Stockman, getting down to brass tacks:

The sweeping Trump tax cuts and fiscal stimulus are dead as far as the eye can see, and Washington will now be overtaken by a debt ceiling crisis that will not go away. There is no pathway to a majority — especially after the Obama Lite fiasco — to raise by trillions the $19.9 trillion ceiling that will be frozen in at the close of business tomorrow.

Tax cuts, fiscal stimulus, dead as far as the eye can see. David sure knows how to spoil a party (the Republican Party?).

Now comes the Fiscal Bloodbath and the day of monetary and fiscal reckoning.

It’s the ides of March tomorrow… a day of foreboding.

Not only does the debt ceiling expire. The Fed’s also raising rates. Both on the same day!

We suggest you stay tuned. The next few days could be… interesting.