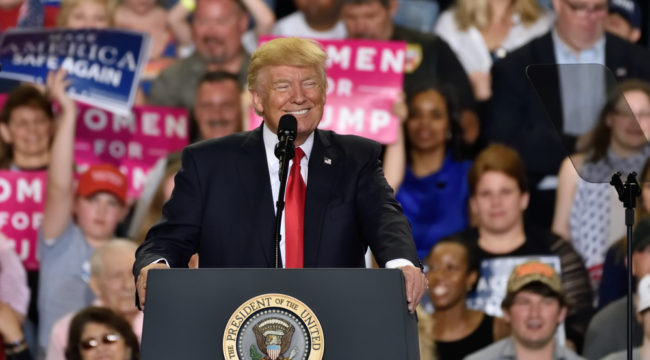 Trump’s first legislative coup comes within his reach — if not quite his grasp.

And so after initial failure, Trump’s promise to “repeal and replace” Obamacare lives yet.

Now the political hot potato gets dunked in the “cooling saucer” of the United States Senate.

There the refined ladies and gentlemen will give the AHCA a good going over.

Critics will expose its warts, drummers will carol its virtues.

Horses will go up for sale… arms cranked into difficult positions… offers made on the souls of the principled opposition.

The Senate will then vote on a compromise bill.

If it passes, the bill then goes back to the House for a vote on the Senate version.

If the revised bill musters enough votes in the House, then Trump can uncork the bubbly.

If not, it’s another one in the loss column.

If Trump’s expecting a quick victory, he should have another guess…

Our agents inform us the House bill — itself barely passed — won’t fetch anywhere near the 51 votes needed in the Senate.

And Republican Sen. Bob Corker of Tennessee told MSNBC on Thursday that there is “zero chance” the bill will make it through the Senate as is.

So it will take a lot of horse trading, arm twisting and soul-selling to somehow get it over the hurdles.

And that takes… time. If it can be done at all.

“There hasn’t been any health care discussion over here,” added Grassley from his perch on the Senate Finance Committee.

Not even Team Trump expects a timely resolution…

VP Mike Pence told NBC’s Meet the Press last Sunday that he hoped a final version would cross the presidential desk “before the end of the year.”

And remember, the House will have to agree on whatever revisions the Senate makes.

The existing House bill only squeaked through by four votes.

Can a modified Senate bill make it past the finish line next time?

That is the question.

So Trump might want to keep that Champagne under wraps for now.

And so the nation watches and wonders… along with the markets.

Some say tax reform has even harder uphill slog than health care reform.

But if tax reform’s going to be this hard, how long might that take?

Trump’s only got 3½ years till the next election, after all…