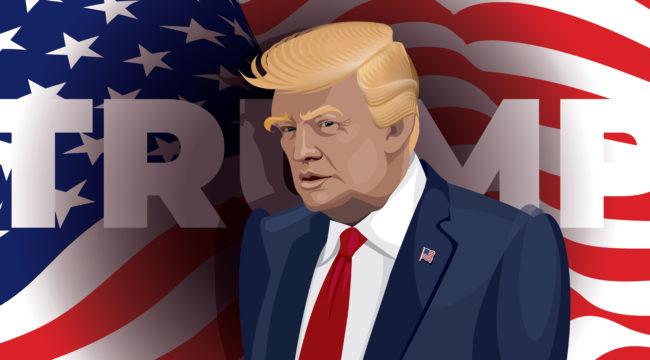 Trump Haters Don’t Get the “Art of the Deal”

I’m continually amazed at the legions of politicos, pundits and so-called “experts” who don’t understand President Trump or how he conducts policy.

Instead of trying to grasp the model that Trump does use, they continually berate and disparage Trump for not living up to their expectations. A more thoughtful group would say, “Well, he’s different, so why don’t we try to understand the differences and analyze the new model?”

Really, these people need to get out of Washington, New York and Hollywood more and get away from their screens. If they knew more everyday Americans, they would come a lot closer to understanding how Trump gets things done.

It’s not chaos; it’s just a little different and more down to earth.

This is because of Trump’s “art of the deal” style described in his best-selling book by that name. Bush 43 and Obama were totally process-driven. You could see events coming a mile away as they wound their way through the West Wing and Capitol Hill deliberative processes.

All you had to do was understand the process and you could forecast big developments in a relatively straightforward way.

With Trump, there is a process, but it does not adhere to a timeline or existing template. Trump seems to be the only process participant most of the time.

No one else in Washington thinks this way. Washington insiders try to avoid confrontation, avoid escalation, compromise from the beginning and finesse their way through any policy process.

Trump is in a league of his own. What amazes me is that the media still do not understand his style and keep taking the bait when he announces something crazy, as in Step 3 above.

Here’s a list of big issues that are now in play from Trump’s perspective and may lead to dramatic results with important implications for investors:

All of these developments and more have the potential to reach crisis proportions. The problem from an investor’s perspective is they are “slow burn” crises and can linger for a long time before producing anything dramatic such as a shooting war or market collapse. They are not date-driven or date-specific in the short run.

One story that’s under the radar and could blow up soon is Chinese currency devaluation.

If Trump puts a 25% tariff on Chinese imports but China then devalues its currency 25%, then the net effect is zero. The impact of the devaluation offsets the impact of the tariff and then you’re back where you started.

This new currency war seems to be happening.

Once Trump focuses on this, he’s likely to be infuriated and retaliate against China in the currency war and take steps to penalize China for currency manipulation over and above the existing tariffs and penalties for theft of intellectual property. This has a hard date of Oct. 15, 2018.

That’s the date of the U.S. Treasury’s semiannual report on Macroeconomic and Foreign Exchange Policies of Major Trading Partners of the United States.

That report is the formal mechanism for labeling a trading partner such as China a “currency manipulator” with severe consequences. Oct. 15, 2018, is just three weeks before the midterm elections, so it could be a highly popular political move in addition to being economically important.

All of this and more is on Trump’s policy plate right now. Just don’t expect him to handle it the way politicos usually do. Investors should expect dramatic policy shifts and extreme threats. But don’t overreact like the Washington pundits.

Remember, it’s all the art of the deal.