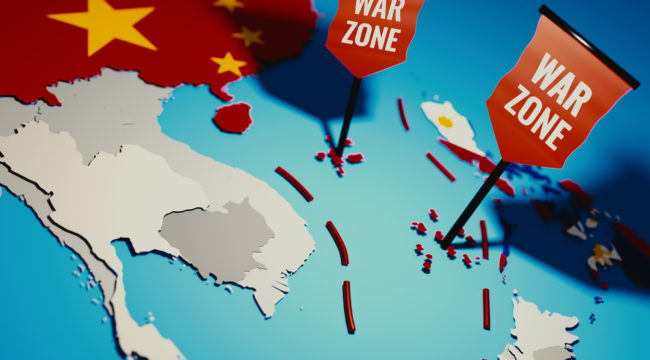 It’s going to be a “very difficult” meeting.

It isn’t every day that an American president so bracingly expresses his misgivings about meeting with a foreign head of state.

But it’s not every day that a Donald Trump is the American president.

Chinese President Xi Jinping drops in tomorrow for a two-day tête-à-tête with his U.S. opposite. The proceedings take place at Mar-a-Lago, Trump’s Palm Beach bunker.

They promise to be… delicate.

They say styles make fights. If so, this one could be Ali-Frazier…

In the one corner we have Trump — blustery… boorish… diplomatic as a sledgehammer.

In the other we have Xi — measured… inscrutable… master of the subtle arts.

“Xi and Trump are not natural friends,” said one former senior U.S. Asia specialist, by way of understatement.

“The Chinese leader is a very serious man,” adds Zhu Feng, professor of international relations at Nanjing University. “Any tricks that Trump wants to play would be perceived as some sort of humiliation.”

How will the meetings go?

Regardless, there’s one item you can bet will be top priority in Palm Beach tomorrow…

North Korea has its own Manhattan Project going. And many analysts think it’ll be able to strike America’s West Coast with nuclear missiles in a few short years.

The situation has become critical. North Korea has enough highly enriched uranium or plutonium for about 10 warheads. Its miniaturization and weaponization technology is well advanced. Its missile tests have moved from short range to intermediate range and are now on the brink of an intercontinental ballistic missile (ICBM). Once a warhead is mounted on an ICBM, Los Angeles is in imminent danger.  North Korea is about three–four years away from this goal.

But Jim says Trump will never allow it:

A decade ago, the Pentagon estimated another Korean War would produce 250,000 American casualties. And maybe a million dead Koreans.

Who else doesn’t want war on the Korean Peninsula?

China considers North Korea a buffer state. It keeps the Americans out of China’s backyard. And North Korea’s constantly digging its thumbs in Uncle Sam’s eyes… a Lilliputian tying down the American giant.

War would likely result in a North Korean loss and a reunified Korea under South Korean leadership.

That is, China would be bordered directly by a U.S. client state.

China entered the Korean War in 1950 to prevent that very outcome. Successfully, we should add.

So Trump wants China to use its leverage… to strong-arm the North into ending its nuclear program.

China provides North Korea massive food aid, for example. And it accounts for some 90% of North Korean exports, such as they are. Mostly coal.

In fact, Trump’s come out flatfooted that China must collar North Korea — or else:

China has great influence over North Korea. And China will either decide to help us with North Korea, or they won’t… If China is not going to solve North Korea, we will. That is all I am telling you.

China’s already announced in February that it was suspending North Korean coal imports.

How much more can China do?

Not much perhaps. As Jim Rickards explains, China can’t afford to squeeze North Korea because the resulting fallout could actually destabilize China.

Jim says North Korea would throw open its border, and a million starving refugees would flee into Manchuria.

They’re eating the bark off trees in North Korea as it is, they’re so desperate. And that flood of starving refugees could destabilize China.

That, China will not allow.

Bottom line: “We’re on our own with North Korea,” Jim says.

Does that mean a U.S. attack on North Korea before it can put Los Angeles in its sights?

Or can Trump somehow pull off “the art of the deal” and get China to tame its unruly client?

We’ll know more after this week’s meeting in Palm Beach.

There’s another “Art of” book — a Chinese book slightly older than Trump’s called The Art of War.

In it author Sun Tzu claims “The supreme art of war is to subdue the enemy without fighting.”

With up to 250,000 American casualties and a million dead Koreans at stake, let’s hope someone masters that art. Soon.