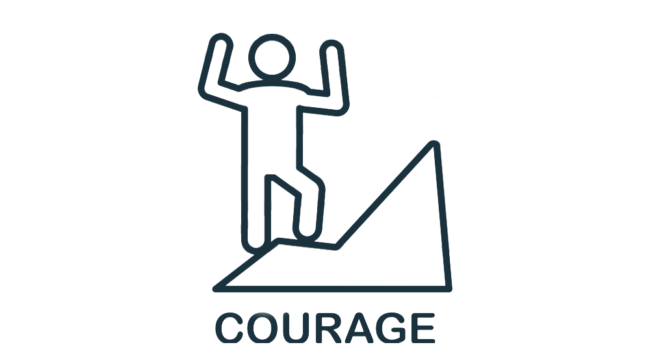 Under half of all working-age Americans will collect a wage next month.

A portion of them have received — or will receive — $1,200 from the United States Treasury.

But $1,200 does not extend very far. And our men inform us that only 15% of federal assistance is emptying into pockets of “everyday” Americans.

The remaining 85% charts a course for Wall Street… and large business.

Perhaps the percentages should run the other way.

The Value of Bankruptcy

A string of corporate bankruptcies would teach a lesson. A severe lesson it would teach — but a crucial lesson.

That assuming excessive debt is reckless, for example. That it pays to take the long view.

That is, stock buybacks to lift the short-term stock price may not represent the most prudent use of capital.

And that keeping a “rainy day” fund is sound business. It represents the purchase of an umbrella against the inevitable squall.

A rescue — the second in under 12 years — informs them they do not require the umbrella.

The Federal Reserve will simply hand them one when the water starts down.

But comes the objection:

“The present crisis is unlike 2008 when banks brought trouble upon themselves. Wall Street did not cause the pandemic. A string of bankruptcies would only punish the innocent.”

Just so. But the future is always full of rainstorms.

The Rain Will Come Eventually

The sky overhead may be bright and cloudless today. But a responsible business always keeps a weather eye upon the horizon. It knows the clouds will come across one day. It does not know if they will blow in from east, west, south or north.

But it knows it must ready for eventual rain — from whichever direction — and however distant.

Wall Street instead basked in perpetual sun for one entire decade, believing the Federal Reserve would push away the clouds forever.

Or — if the rains did come — that it would bring everyone in under cover.

Their assumptions have proven correct. And what conclusions can they draw?

That the Federal Reserve — and the United States government — will have the same umbrellas ready for the next downpour.

Why then should they purchase their own? And so the evil cycle perpetrates.

A Steep Price to Pay

The rescues may keep the stock market and the corporations going. But they come at a mighty price…

The financial system will sag and groan under even heavier loads of debt.

They nearly ensure that no meaningful recovery is in prospect. That is because the claims of the past and the present will prove too great.

Corporations must funnel future earnings off into the service of existing debt. They cannot invest in the future… because they will be paying too dearly for the past.

Might it be best to heave much of the deadweight over the side?

A rash of bankruptcies would clear out a pile of unproductive debt. It would restructure remaining debts.

The economy would then sit higher in the water. And maybe it could begin to rebuild its steam. It could go somewhere.

But that is not the option the monetary and fiscal authorities selected. And so they tossed aside a spectacular opportunity.

“Governments and central banks have missed a great opportunity for a reset.” More:

Financial markets play an important role in the economic growth of a country. They act as intermediary between lenders and borrowers providing for the efficient deployment of capital — a critical role for businesses, employment and economic expansion. It’s supposed to be a place where supply and demand factors combine to determine equilibrium prices. Unfortunately, trouble arises when government institutions like the Federal Reserve manipulate and distort this process…

The recent bailout(s) has turned this… on its head. Those who were willing to accept higher market risk have already been rewarded for many years through higher returns. The bailout rewards the risk-seekers a second time and socializes their losses… Losses should be borne by the risk-taker and not be distributed or financed by the taxpayer. After all, it was the risk-taker’s decision to assume the risk in the first place…

And what about our preferred option of Chapter 11 bankruptcy?

Would it be better to allow bankruptcy that wipes out equity and debtholders? After all, companies often continue to function with employees keeping their jobs, and with new management operating from a stronger position. Allowing bankruptcies would help refocus investors on the true meaning of risk and encourage stronger corporate management in the future.

What is more, when the laggards go under the water, resources are then channeled into more productive lines:

New beneficial technologies would come along improving productivity that eventually wipes out the profits of the “old.” Necessity is a great motivation for innovation, so bad and insolvent companies should go under. When they do, labor and capital are redirected to more productive sources and away from “zombie companies.” Entrepreneurial innovation then operates at its fullest, making higher standards of living possible.

Alas, the authorities have chosen more of the same — only more so. No previous bailout comes within miles and miles of the rescue presently unfolding.

Thus there will be no reset. Nor can you expect a reset come the next calamity… whenever it may be.

We have already traveled too far in this direction.

Mr. Bernanke could have allowed the system to reset nearly 12 years ago. He congratulates himself for finding the courage to act.

But he would have required far greater courage not to act. It was not in him.

A new, sturdier economy could have risen upon stronger anchorings. And business could have clawed its way back up.

Soaked by the recent crisis, it would have been sure to purchase the umbrella. After all, hard experience would have taught it that the Federal Reserve would not offer one.

And corporations may have stored in adequate cash reserves to see them through the present rainfall.

Instead the taxpayer must keep them dry.

Meantime, the stock market may not have boomed the past 11 years. But it likely would not have bubbled either. It could have found its own way… at its own pace.

In brief, a far saner system could have emerged from the previous crisis. But Mr. Bernanke lacked the courage to sit upon his hands.

And it is not in Mr. Powell…