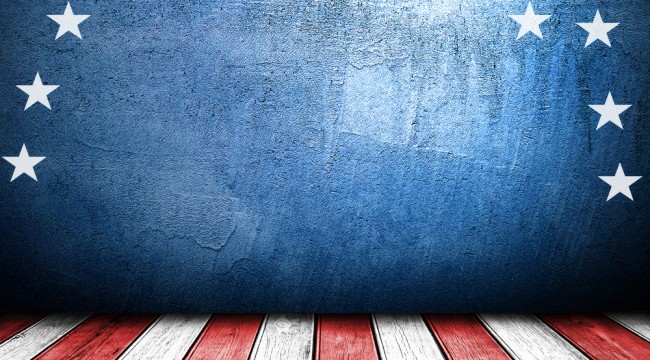 The Triumph of Politics 2.0

I’ve seen this movie before, personally. The same forces that stopped Reagan from “draining the swamp” will also stop Trump.

In 1985, I left Ronald Reagan’s Cabinet in disgust. The Reagan Revolution had gone to Washington to “drain the swamp” — cut spending, reduce the size of government and return power to the people and free markets.

But that didn’t happen. In fact, the swamp got deeper and more stagnant. So I wrote my first book, The Triumph of Politics, in 1986. It showed how all of the “swamp creatures” in D.C. make it impossible to ever drain the swamp.

You’ve seen this in the first 30 days of the Trump administration. And it’s just a taste of what’s to come. The Trump White House will be engulfed in bitter partisan conflict and crisis throughout the next four years. The fact that upward of 50 House Democrats went so far as to actually boycott Donald Trump’s inauguration should have been forewarning enough.

I remember 1980. As a member of Congress, I was Ronald Reagan’s sparring partner to prepare for the presidential debates. And then Reagan appointed me his budget director. Like Trump, Reagan was as unwelcome by the Beltway establishment.

That initial wave of cordiality from the Democratic side wasn’t merely pro forma. In my own case, I can recall Speaker of the House Tip O’Neill personally inviting me up to his cavernous office to meet with his entire leadership team and roster of committee chairmen shortly after the inauguration.

At the time, I saw the assemblage gathered in the speaker’s office as the politburo of the Welfare State. I knew they had zero sympathy for Ronald Reagan’s plan to drastically shrink the domestic budget and slash income tax rates by 30%. Still, they were willing to give us a hearing and the benefit of the doubt.

In fact, Tip O’Neill sat me in one of two giant winged chairs (he filled considerably more of his than I did of mine!). Then for the next several hours, they heard me out, and did not throw me out. Tip even admitted afterward that “We realize some of the old ways have to change… We don’t agree with everything, but this young fellow sure knows what he is talking about.”

What was at the time a fair debate about whether federally subsidized school lunches, for example, should be provided to families at twice the poverty line or higher has been submerged by a 35-year eruption of Big Government and soaring national debt that makes the discussions that day trite by comparison.

The Politics of “Draining the Swamp”

Donald Trump is destined to be the recipient of a giant fiscal due bill. Yet the very Beltway politicians who generated it will be after him hammer and tong every step of his presidency. We are not just speaking of the partisan opposition of the congressional Democrats.

All of Washington is arrayed against the Donald. This includes the Republican establishment and congressional leadership. Their make-nice efforts after the election were a matter of tradition. After all, the speaker of the House refused to appear with Donald Trump the weekend before the election in his home state of Wisconsin, even as Trump was on the cusp of an upset victory in a blue state that had not voted Republican in a presidential race since 1984.

What would’ve changed his mind in the course of seven days?

The notion on Wall Street that we now have a Republican government that controls the White House and both houses of Congress and that it can implement sweeping policy shifts is wrong. There is no Republican “majority” on Capitol Hill. There’s only a gang of factions that will form a circular firing squad around President Trump. The Republicans will bring Trump’s legislative agenda to a thundering halt before it even gets launched.

The immediate case in point is the campaign pledge that Obamacare would be subject to “repeal and replace” within days of the inauguration. That didn’t happen. And it’s not going to happen within these vaunted first 100 days. Or even this year or next. Instead, the so-called Republican majority will splinter. They’ll bog down the legislative process in prolonged maneuvering and wrangling.

That, in turn, will block the rest of the Trump agenda for tax cuts, infrastructure, border control and much else for months to come — if not indefinitely.

To be clear, I’m all for the Great Disrupter. I don’t believe that the Beltway conflagration that lies dead ahead is his fault, either. He was elected owing to three decades of destructive policies foisted on the nation by the Wall Street/Washington elites and the special-interest group racketeers who rule the roost in Washington, D.C.

I summed up my outlook for the Trump administration on Fox Business Network’s Cavuto: Coast to Coast with Neil Cavuto: lots of hope, zero faith.

The stinging defeat Donald Trump administered to the ruling elites on Nov. 8 was the single most hopeful political event of this still-young century. It may even eclipse Ronald Reagan’s shocking victory in 1980.

But I have seen this movie before, firsthand.

The plain truth is that if Ronald Reagan couldn’t drain the swamp way back then, how in the world can Donald Trump do it now, after 36 years of massive growth in government and debt?

The implications for the Great Disrupter could not be any clearer. His predecessors have used up the nation’s public balance sheet. Reagan inherited a debt-to-GDP ratio of 30%. He had wide-open space to accidentally implement giant deficits. But Donald Trump has no running room at all with debt-to-GDP at 106%.

This means there will not be any Trump stimulus. The bedraggled U.S. economy is not about to get up on its hind legs and leap into 4–6% growth, as some of Trump’s geriatric supply-side advisers have suggested.

The Triumph of Politics: Lots of Hope, Zero Faith

Instead, I believe the American economy will soon slide into a prolonged period of stagnation and recession. And that’s after 92 months of the phony Obama recovery that was kept alive by the Federal Reserve just long enough to get through the 2016 elections.

Washington is heading for the mother of all debt ceiling showdowns by midsummer. In order not to inconvenience themselves for the 2016 elections, back in October 2015, Congress quietly suspended the debt ceiling until March 15, 2017.

That allowed the Obama Treasury Department to borrow at will. And it did! During the past 16 months, the staggering sum of $1.8 trillion has been added to the national debt. But when they throw on the debt ceiling switch again on March 15, Capitol Hill is going to be shocked. The tea party and Freedom Caucus Republicans who are genuinely frightened by the nation’s soaring public debt will be particularly shocked.

The outstanding debt was $19.96 trillion. That’s about $400 billion higher than at the start of the current fiscal year, on Oct. 1. Obama’s were borrowing at a rate of $5 billion each and every business day. It also means that under the law, the debt ceiling will automatically be frozen at something like $20.1 trillion on March 15.

At that time, the U.S. Treasury will have several hundred billion dollars in cash and a few short-term gimmicks to postpone the day of reckoning for a few months.

But here’s the thing. By the Fourth of July, the Trump administration will be out of cash, while all of the so-called “stimulus” legislation — tax cuts, infrastructure, the defense buildup and the Mexican Wall/border control — will be backed up in a giant political/legislative logjam awaiting congressional action to increase the debt ceiling by at least $2 trillion.

That’s how much would be needed on top of the $20.1 trillion we will have as of March 15 in order to accommodate the giant deficits already built in — plus the huge potential costs of the so-called Trump Stimulus.

Folks, it’s not going to happen.

The Imperial City will descend into a protracted period of political paralysis and mayhem. It will not only take months to resolve, but will also finally puncture the lunatic notion peddled by the Wall Street brokers after the shock of Nov. 8 that Donald Trump is the second coming of Ronald Reagan.