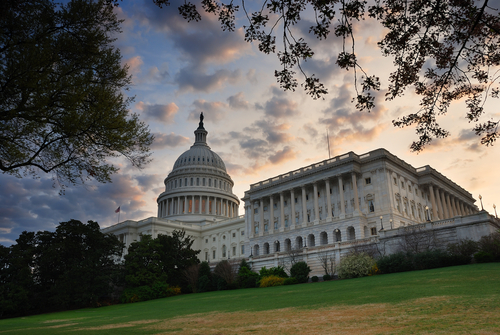 The Philly Fed manufacturers survey for February plunged from negative 5.8 to negative 12.5, the worst reading in eight months. A big miss from the +1 reading that was expected. Ouch!

Our friends at ZeroHedge point out that hope springs eternal:

“Oddly enough survey participants have been hoping for a brighter future for 4 years now. Expect the sellside penguins to say that this number too should be ignored, just like the initial claims earlier, and the new housing starts yesterday. After all one should ignore all data that does not fit the goalseeked script of a centrally-mandated ‘recovery.’”

Evidently consumers haven’t received the recovery memo from Washington either. “Well, we just had one of those weeks here at Wal-Mart U.S. Where are all the customers? And where’s their money?” February was the retail giant’s worst month in 7 years. Wal-Mart may not be the entire economy, but what goes on (or doesn’t go on) in those big blue boxes, tells us a lot about the economy.

America’s economy just can’t get going despite trillions in stimulus from the Federal Reserve and Washington D.C. President Obama said in his State of the Union address, “After years of grueling recession, our businesses have created over 6 million new jobs.” Of course fact checkers have torn this assertion to shreds. The number is really, maybe 1.2 million.

But let’s take the President at his word. Four years of zero interest and a $2.1 trillion increase in the Fed’s balance sheet hasn’t provided much bang for the buck. That $2.1 trillion divided by 6 million jobs is $350,000 per job. The federal government has run deficits of $1.4 trillion, $1.3 trillion, $1.3 trillion, and $1.1 trillion the last four years. The total of the deficits — $5.1 trillion — divided by the 6 million jobs is $850,000 per job. All this stimulus hasn’t been so stimulating.

Surely Ben Bernanke is scratching his head. However, a couple of “smaller fries” in the Fed food chain put their fingers on part of the problem a decade ago, in a paper published in, of all places, the Cato Journal. It’s important to remember that along with all that liquidity came government bailouts, guarantees, and finance support.

John R. Walter and John A. Weinberg, who toil for the Federal Reserve Bank of Richmond, wrote an article in 2002 entitled “How Large Is The Federal Financial Safety Net?”

Walter and Weinberg state right away why size matters when it comes to safety nets. “It matters because actual or perceived guarantees can impair the efficiency of the financial system,” declare the two economists. “Guarantees alter economic behavior by increasing people’s willingness to take risks. Further, risk taking can become concentrated in those sectors of the economy enjoying the greatest protection. More broadly, resources tend to flow away from parts of the economy with few or no guarantees toward those with substantial coverage.”

Well no kidding. That’s why we have cash piling up in bank accounts while banks play the derivatives market to scratch out earnings in the Fed’s zero interest environment. Or they take the free deposits and buy long term debt for the yield, gambling that rates will never go up. But that’s not all. Weinberg and Winkler also point out, “The ultimate effect can be to limit the growth of income and wealth, and the larger the safety net the greater the effect. Our estimate of the safety net’s magnitude suggests that such an effect is a real possibility.”

Much of what is guaranteed people know about: deposits at banks, S&Ls, and credit unions, and the liabilities of Government Sponsored Enterprises (GSE) like Fannie Mae and Freddie Mac.

Using numbers from 1999, the authors calculated that in that year federal government guarantees totaled $9.2 trillion, “or more than one-fourth of all private liabilities.” Walter and Weinberg write that the distortions to the economy were apparent. “Approximately 61 percent of commercial bank and savings institution liabilities and 90 percent of credit union liabilities are protected by government guarantees.” These guarantees led to the excessive risk taking that manifested as the S&L crisis and the less-developed-country loan crisis.

Since then, as you would expect in “bailout nation” (see Vancouver favorite Barry Ritholz’s book) the size of the federal safety net has only become larger. In fact, it has more than quadrupled. The folks at the Richmond Fed have updated their data and have come to a new number as of yearend 2011. Their most inclusive estimate of the federal safety net is $44.5 trillion, or over 57 percent of total liabilities.

No wonder that while the Fed keeps forecasting GDP growth of 3.5 to 4 percent, the actual results come in at less than half that. If the Richmond Fed economists were worried about the magnitude of the financial safety net in 2002, they can’t be enjoying a wink of sleep these days.

Capitalism only works its magic with honest risk taking, with the results being profits, or, just as important, losses. As government protects more and more of those who invest capital, that capital is being misallocated to the detriment of the overall economy. Risk taking is increasingly being subsidized and funneled into politically correct avenues. The result is that instead of poor entrepreneurs being weeded out, they are being propped up by government to waste capital again and again.

The results trickle all the way down to those shopping at Wal-Mart.