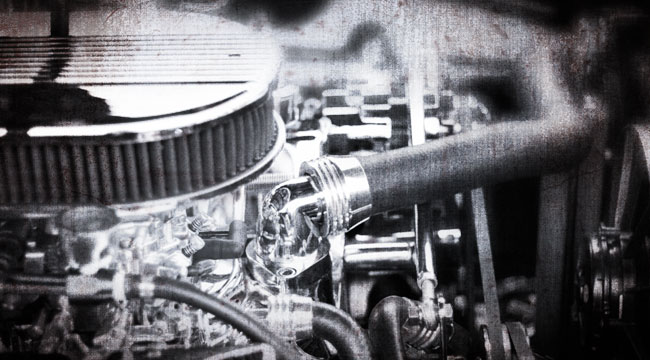 Transforming the Future of the Automotive Industry

“I haven’t had an accident yet in this thing, and I’d like to keep it that way,” joked Jeff Evanson, as he whizzed the four-seat golf cart at full speed across the factory floor, weaving in between manufacturing robots and Tesla employees wearing bright red shirts with the firm’s “T” logo on them.

Jeff, Tesla Motors’ head of investor relations, used to race Porsche 911s, and even though we were in a golf cart, it was clear that he hadn’t lost his touch. “You know, this is the second-fastest electric car in the building right now,” he said as he shot the gap in between the assembly line and a manufacturing robot.

We were here to see the fastest one…

Tesla’s sprawling factory is located on a mammoth plot of land in Fremont, Calif., the industrial side of Silicon Valley. While that may not be the most logical place for an American car manufacturer (economically, it’s about the furthest place from Detroit), the site makes a whole lot of sense for a car firm that’s compared to Apple more frequently than it’s compared to Ford.

We decided to head over to Fremont to join a small number of outsiders who’ve been able to see the car up close and sit behind the wheel. We liked what we saw…

More often than not, innovation is born from destruction. That’s why it’s all too fitting that Tesla’s facility in California was once the site of a now-defunct joint venture between two traditional automotive powerhouses.

The Fremont, Calif., factory was previously the home of a joint venture between General Motors and Toyota called New United Motor Manufacturing Inc., or NUMMI for short.

GM and Toyota christened the NUMMI facility in 1984. At the time, the gigantic facility made sense for both companies. General Motors — worried that Japanese imports would continue to eat into their market share — would get an inside look at Toyota’s manufacturing processes. On the flip side, Toyota gained its first manufacturing presence on American soil. For 25 years, the NUMMI facility produced vehicles for both GM and Toyota, including the Corolla and Nova.

But the partnership wouldn’t last forever. Following the 2008 financial crisis, General Motors bowed out of the NUMMI operation during its bankruptcy restructuring. Toyota, which had already expanded its North American manufacturing footprint, produced its last vehicle at the facility in 2010.

That’s where Tesla comes in…

The electric car developer jumped at the opportunity to begin full-scale production at a completed auto plant. In Early 2010, Tesla purchased the 5 million-square-foot facility for $42 million.

Buying the NUMMI factory was a coup of epic proportions for the startup. Tesla took advantage of the soft economy, buying one of the biggest auto factories in the country for just pennies on the dollar (the factory is valued at approximately $1 billion). And that’s not the end of it. After the purchase of the factory itself, Tesla scooped up the usable NUMMI assembly equipment at fire-sale prices.

Tesla prides itself on being an agile newcomer to the auto scene. The company has excelled at refurbishing used equipment — many of its hydraulic presses were once owned by Toyota. But Tesla is also fearless when it comes to investing in the technology that will make their six-figure supercar, the Model S, unlike any vehicle that has come before it.

One result of that entrepreneurial approach to car building is exceptionally low development costs. For traditional automakers, it takes around $5 billion and five years to develop a new vehicle platform from the time it’s imagined to the time it hits dealer showrooms. But Tesla developed the Model S for just $500 million in just two years.

In only two years, Tesla transformed its manufacturing facility from a vacant building to a fully functioning factory once again. The NUMMI plant has plenty of excess capacity for the anticipated ramp-up in production.

Now onto the car itself…

At Tesla’s investor meeting on June 7, CEO Elon Musk called the Model S the “safest car in the world,” a big claim for a company like Tesla. But the data bear out that the Model S has safety qualities that rival sedans can’t match. In late May, the Model S received a perfect five-star safety rating from the National Highway Traffic Safety Administration, becoming just the second car to achieve that rating after the agency toughened safety standards in 2011. Because the Model S doesn’t have a heavy engine in under the hood (instead, there’s secondary trunk there), the front end of the car acts as an enlarged crumple zone, significantly increasing the crash performance of the car and preventing a large mass of metal from coming into the passenger compartment.

A Look at the Future of Tesla’s Lineup

Tesla doesn’t have designs on building a mass-produced cheap electric car. That model may make sense for firms like Ford or Hyundai, but it doesn’t for Tesla. Instead, the firm plans to continue to court so-called mass-affluent customers, competing in a lucrative space that luxury automakers like BMW and Mercedes-Benz currently occupy.

That doesn’t mean that Tesla isn’t going to make a cheaper car, though. The Tesla BlueStar is the code name for the firm’s third-generation vehicle platform, one that the firm expects to price around $30,000 — a price point that puts it more in line with an entry-level Mercedes C-Class or a BMW 3 Series than with larger counterparts. With battery costs declining swiftly, Tesla should be able to generate significant profits off of each BlueStar unit. While it’s unlikely that we’ll see a BlueStar design until the success of the Model S has been proven, it’s a big step toward the future for Tesla. Consumers should expect to see the BlueStar hit production in the next three–four years.

Tesla’s electric drive may still make its way into less-expensive cars — the firm’s EV powertrain business is starting to supply firms like Toyota with the motors and batteries that run models like the RAV4 EV in 2012. The firm also penned a much bigger deal to provide electric powertrains for Daimler-Benz, likely for European models.

In the meantime, the Model X SUV is slated to start production late next year. The Model X is based off of the Model S and will sell for the same price range — albeit with an upcharge for buyers who want the dual motor all-wheel drive option. It’s already proving to be a popular model, based on reservations to date. We’ll be keeping a close eye on how sales of the Model X ramp up.

Jonas Elmerraji
for Tomorrow in Review

Edge Alert: How To Profit From Today’s Trade War

Today, Zach Scheidt discusses two income plays that are setting up for some particularly attractive gains thanks to the trade war fears in the market.