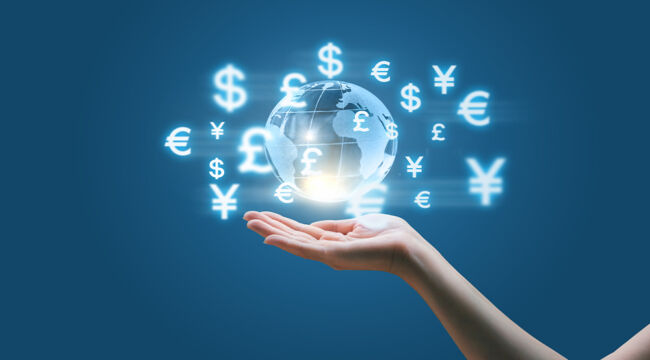 Is the move toward central bank digital currencies real? And, if so, is it the first step toward a global reserve currency that will replace the dollar and euro as currencies of choice in reserve positions of major economies?

Well, yes and no.

CBDCs are not cryptocurrencies. The CBDCs are digital in form, are recorded on a ledger (maintained by a central bank or Finance Ministry), and the message traffic is encrypted. Still, the resemblance to cryptos ends there.

The CBDC ledgers do not use blockchain, and CBDCs definitely do not embrace the decentralized issuance model hailed by the crypto crowd. CBDCs will be highly centralized and tightly controlled by central banks.

CBDCs are not new currencies. They are the same currencies you already know (dollars, yuan, euros, yen, sterling) in a new form, using new payment channels. They are a technological advance, but they do not replace existing reserve currencies.

CBDCs are currently being introduced by major central banks around the world. Countries are at different stages of deployment. China is the furthest along. They have a working prototype of a digital yuan that will be showcased at the Beijing Winter Olympics in February 2022.

If you’re there and want to buy tickets, meals, souvenirs or pay for hotel rooms, you’ll be expected to pay with the new digital yuan using a mobile phone app or other digital payment channel.

The European Central Bank has also moved quickly on a CBDC version of the euro. They are not yet at the prototype stage, but they have made material advances and are getting close to that stage. Japan and the U.S. are at the back of the line.

The Fed has a research and development project underway with MIT to study how a digital dollar might intersect with or even replace the existing dollar payments system (which is already digitized, albeit without a centralized ledger).

The U.S. is probably several years away from its own CBDC at best.

So, yes, the move toward central bank digital currencies is real. How does this relate to what is sometimes called The Great Reset? This would be the movement toward a single global reserve currency.

This movement would be nominally led by the International Monetary Fund acting as a kind of world central bank. Still, the IMF cannot make decisions of this magnitude without U.S. approval. (The U.S. has just enough voting power in the IMF to veto any material decisions it does not like).

In turn, U.S. approval would require a global consensus among major economies including China, the UK, Germany, France, Italy, and other members of the G7 and G20.

This desire to create true world money would involve the creation of a digital special drawing right (SDR). SDRs are issued by the IMF to member nations and may be issued to other multilateral institutions such as the United Nations.

In effect, the IMF has a printing press as powerful as the Fed and ECB printing presses and can flood the world with their world money. Displacing the dollar would involve a meeting and agreement similar to the original Bretton Woods agreement of 1944. The agreement could take many forms. Still, the process would conform to what many call The Great Reset.

This process has been underway since 1969 when the SDR was created. Several issues of SDRs were distributed between 1970 and 1981, then none were issued until 2009 in the aftermath of the Global Financial Crisis of 2008. A new issue was distributed earlier this year.

Global elites see the COVID pandemic and climate alarm as a two-headed Trojan Horse that can be used to foist SDRs on a global population who have suddenly become accustomed to following government orders.

The recent COP26 meeting of elite climate alarmists and heads of state in Glasgow highlighted the use of central bankers and financial regulation to push the alarmist agenda by cutting off lending and underwriting services to energy companies that don’t promote renewables or that pursue oil and gas exploration (go here to learn all about a coming global climate tax, and also, how you can actually profit from it).

So, yes, the trend toward a single world currency is real also.

Still, things don’t happen that quickly in elite circles. Even Bretton Woods took over two years to design and another five years to implement even under the duress of World War II. The transition from sterling to the U.S. dollar as the leading reserve currency took thirty years from 1914 to 1944. As they say, it’s complicated.

At one level, there is no immediate change. A CBDC dollar is still a dollar. A CBDC euro is still a euro. Absent a new Bretton Woods type fixed-exchange rate regime, these currencies would still fluctuate against each other. Our analyses would continue as before. Still, there are three huge changes that could emerge from The Great Reset.

The first is that a new global currency regime would be an opportunity to devalue all major currencies in order to promote inflation and steal wealth from savers. All currencies cannot devalue against all other currencies at the same time; that’s a mathematical impossibility.

Yet, all currencies could devalue simultaneously against gold. This could easily drive gold prices to $5,000 per ounce or much higher to achieve the desired inflation. EUR/USD might remain around $1.16, but both EUR and USD would be worth far less when measured by weight of gold. This would be an accelerated version of what happened in stages between 1925 and 1933, between 1971 and 1980, and again between 1999 and 2011.

The second change would be that CBDCs make it much easier to impose negative interest rates, confiscations, and account freezes on some or all account holders. This can be used for simple policy purposes or as a tool of the total surveillance state. Surveillance of incorrect behavior as defined by the Communist Party is the real driver of the digital yuan more than any aspirations to a yuan reserve currency role.

The third change would be the widespread issuance of SDRs and their adoption as the sole global reserve currency. A new Bretton Woods could force countries to hold 100% of their reserves in SDRs, and major corporations could be forced to maintain their books in SDRs. This could lead to a fixed-exchange rate regime with a peg based not on gold but on SDRs.

All of these shifts are now underway. Whether they play out over years or mere months remains to be seen. Exact outcomes are uncertain. What is certain is that I will watch developments closely and keep you ahead of the power curve as the elites continue their push toward digital money, world money, and the end of cash.