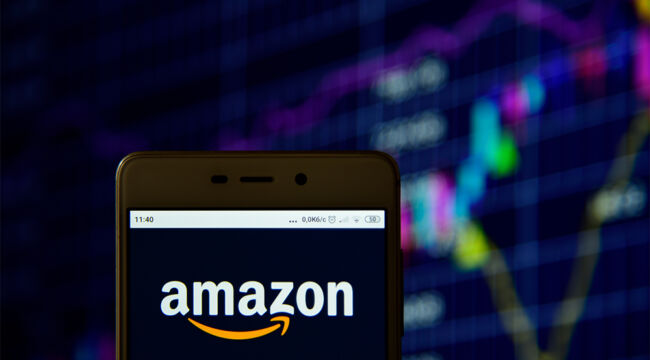 Just so. And if RMS Titanic strikes a North Atlantic berg en route to New York… it will only be a tiny one.

The shrinking was “unexpected” — at least by the experts among us. A Dow Jones survey of economists had divined a 1% quarterly gain.

Rising COVID Omicron infections to start the year hampered activity across the board, while inflation surging at a level not seen since the early 1980s and the Russian invasion of Ukraine also contributed to the economic stasis.

Can They Ever Get It Right?

Were Dow Jones’ surveyed economists unaware of rising Omicron infections? Of inflation at a level not seen since the early 1980s? Of the Russian invasion of Ukraine?

We are reminded of an inept physician who perpetually misreads the vital signs. Some might label him a “quack.” In the interest of decorum, we will not.

Yet he somehow retains his prestige, despite his multiple botchings.

These same experts insist that first-quarter returns are something of an aberration — that the contractionary forces will soon clear out.

“This is noise; not signal,” insists Mr. Ian Shepherdson — chief economist with Pantheon Macroeconomics — “the economy is not falling into recession.”

Is It Actually Signal, Not Noise?

In retrospect, this could be seen as a pivotal report. It reminds us of the reality that… things are changing and they won’t be that great going forward.

Its crackerjacks hazard the Federal Reserve will raise interest rates frantically to cage the inflationary menace presently running at large.

We incline toward the Deutsche Bank position.

Rising “growth stocks” such as Amazon, Apple, Facebook and Netflix have elevated the overall stock market.

Companies relying on future cash flow growth experience much greater risk as rates rise, and that has been the part of the market that has really driven returns in the stock market. That is why some parts of the market, like the Nasdaq-100, which is heavy in technology stocks, is getting hit much more than the Dow Jones Industrial Average, which has [fewer] companies expecting outsized growth.

Perhaps we should not be surprised then that the stock market endured another hemorrhaging today.

U.S. stocks fell Friday with the Nasdaq Composite on pace for the worst month since 2008, as Amazon became the latest victim in the technology-led sell-off…

The Nasdaq is down around 12%, on pace for its worst monthly performance since October 2008 in the throngs of the financial crisis. The S&P 500 is down more than 7%, its worst month since March 2020 at the onset of the COVID pandemic. The Dow is off by nearly 4% for the month.

And so we wonder: Will interest rates march higher and higher?

Is the 40-Year Cycle Ending?

The cycle is reversing, he claims. Both inflation and interest rates are heading the other way. Writes Business Insider:

The lower inflation of the last 40 years that sent interest rates down and stock market valuations higher has reached a turning point… “We believe we are at a secular turning point for both inflation & interest rates,” Hartnett and a team of BofA strategists said in a note Thursday.

But why? Hartnett and his team continue:

We believe 2020 likely marked a secular low point for inflation and interest rates due to a reversal of deflationary secular factors, fiscal excess and an explosive cyclical reopening of the global economy creating excess demand for goods, services and labor.

What does the foregoing suggest for the stock market?

Markets have witnessed eight major cycles dating to 1871. Investors hauled in the greatest gains — nearly all of them — in four cycles of the eight.

Investors handed over their gains in the remaining four cycles. The silent thief of inflation robbed them.

A Decade of Losses

What if Mr. Hartnett is correct? What if the 40-year cycle of declining inflation and declining interest rates is ending?

What if both are streaking higher?

It would suggest hard sledding for stocks during the coming years… as the cycle swings from disinflation… to inflation.

At present valuations, stocks could potentially plummet some 50% or more.

And by some estimates, your odds of losing money in the stock market approach 100% — odds that would make the bravest fellow quail.

So much for the following decade. What if we train our binoculars on the farthest horizon… 20 years out?

“Starting from this level, stocks are likely to disappoint over the next 20 years.” Twenty years? That is correct:

Yet as we are fond to say: Climate is what you can expect. Weather is what you actually get.

And the Horae — the Greek goddesses of the seasons — are fickle and capricious beings. Their plans are not known to us.

Yet we hazard the overall forecast is poor. Are you outfitted for heavy weather?