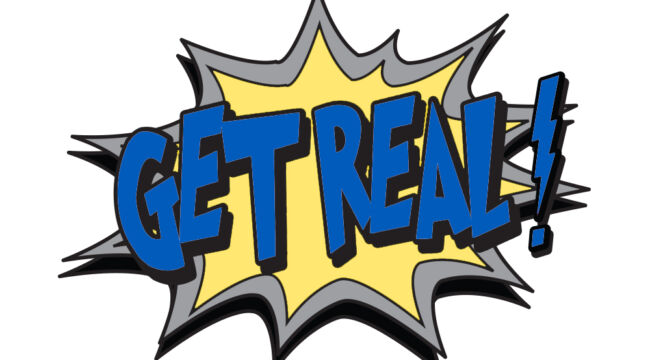 Time to Get Real About Ukraine

The war in Ukraine remains the most important story in the world today.

Don’t believe the incessant U.S. government and media propaganda about Ukraine. Ukraine is not winning the war; they are losing badly.

But wait, hasn’t the news been talking up Ukrainian gains in recent months, while Russia is retreating and being badly beaten? That’s the mainstream, pro-Ukrainian narrative. Here’s the reality:

Most of the Ukrainian gains were against lightly defended positions that the Russians quickly abandoned because they were not worth fighting to defend.

Those Russian troops (really Donbas militias) were ordered to retreat to fortified Russian lines while Ukrainian forces rushing to fill the void were slaughtered by Russian artillery bombardments.

Most people think of war in terms of territory. If you lose territory, it must mean you’re losing the war. But it’s not always that simple.

The Russians will willingly cede territory in order to fight again at a later time under more favorable circumstances. They’ll simply retake it when the terms favor them. They’re not primarily concerned about the territory per se. The primary Russian objective is to grind down and destroy the Ukrainian armed forces.

And if the Ukrainians want to keep hurling themselves against Russian positions in order to recapture land and score a propaganda coup, that’s fine with the Russians. They’ll just grind the attacking forces down with heavy artillery fire (artillery kills far more people in war than bullets or bombs).

And despite Ukrainian government claims, the best intelligence says Russia is presently enjoying an 8–10:1 casualty rate. In other words, Russia is inflicting eight–10 casualties on Ukraine for every casualty it’s suffering.

That kind of ratio isn’t sustainable for Ukraine.

Russia Prepares to Lower the Boom on Ukraine

Meanwhile, Russia has reinforced its positions with 300,000 or more fresh troops (about 30 divisions) who are rested and resupplied. That’s in addition to the number of troops already in Ukraine.

At the same time, all indications are that Russia is changing its strategy.

The initial Russian invasion was ill-conceived and took place in a piecemeal fashion. Contrary to mainstream opinion, Putin never intended to conquer Kyiv and occupy Ukraine. The invasion force was far too small to accomplish those objectives.

Also contrary to mainstream opinion, Putin didn’t target Ukraine’s civilian population. He wanted to avoid civilian casualties to the greatest possible extent. Of course some civilian targets were hit, but that’s going to happen in war.

Putin instead believed that the “special military operation” would tell Kyiv and Washington that Russia was serious about enforcing its red lines in Ukraine, that it was willing to use force. But he thought his show of force would bring them to the negotiating table.

He badly miscalculated. Rather than bring Kyiv and Washington to the negotiating table, they resolved to aggressively defend Ukraine. Russia’s ill-prepared forces were pushed back and routed in many instances.

But now Russia is taking the gloves off. It’s already launched heavy, sustained attacks on Ukrainian infrastructure, including the power grid and energy nodes. Its army is also regrouping and preparing for massive counteroffensives.

It won’t make the same mistakes it made during last February’s ill-planned attacks. Russia means business this time.

It’s not interested in bringing Ukraine to the negotiating table anymore. It’s focused instead on destroying Ukraine’s military forces and imposing a settlement on Kyiv.

A major winter offensive will begin soon, likely when the ground in southern Ukraine is fully frozen (muddy ground will bog down Russian forces). A successful counteroffensive will consolidate Russian control of Donbas (the heartland of Ukrainian industry and natural resources), give Russia control of Zaporizhzhya (the largest nuclear power plant in Europe) and possibly include the conquest of Odessa, the most important Ukrainian Black Sea port.

The cost on the rest of Ukraine from Kyiv to Lviv will be horrendous, including the near-complete degradation of its power-generating capacity, transportation lines and food supplies. U.S. and U.K. weapons supplies won’t mean much because they are too little, too late and the Ukrainians are scarcely trained to use them.

But these prospects make no impact at all on the anti-Russian warhawks, both Democrat and Republican, who are determined to prolong the war at all costs — even if it means fighting Russia to the last Ukrainian.

A Great Deal for the Military-Industrial Complex

It seems that every week or so the U.S. announces a new multibillion-dollar package of aid for Ukraine. These aid packages fall into two categories: Some are simple financial transfers to keep the oligarchs in Ukraine supplied with funds to keep their government going.

Others consist of weapons including drones, anti-missile batteries like the Patriot, long-range artillery and most recently an announcement that the U.S. may supply Ukraine with Bradley Fighting Vehicles, or BFVs.

The total of such Ukraine aid, including the $1.7 trillion budget boondoggle passed by the U.S. Congress two weeks ago, is now approaching $100 billion.

What’s really going on is the U.S. is dumping old or obsolete systems on Ukraine (the original BFV was built in 1981, over forty40 years ago) and then using the appropriations to order new weapons for itself.

Meanwhile, the U.S. will likely send Ukraine an older version of the Patriot air defense system — and only one battery at that, consisting of eight missile launchers. It’s not the game-changer many seem to think it is. The Russians will simply overwhelm the system with numbers, and then take it out. It probably won’t last long whenever it’s deployed, which could be several months from now.

The real winners of these weapons transfers will be U.S. defense contractors like Raytheon, Lockheed Martin and Northrop Grumman, who are getting the money to build new advanced systems for the U.S.

The real losers will be the Ukrainian people, who will continue to die needlessly in the absence of a negotiated settlement that recognizes the reality on the ground.

How Much Western Military Aid Actually Makes It Into the Field?

To make this racket even more absurd, much of the equipment that does make it to Ukraine is quickly blown up by Russia.

Russia has very good intelligence on the whereabouts of these weapons systems once they reach Ukraine. Using global satellite imaging, laser guidance and a blend of drones and cruise missiles, Putin has had success preventing these weapons from reaching the battlefield or destroying them if they do.

But the U.S. has already spent so much money on Ukraine and committed itself so strongly to a complete Russian defeat, a Russian victory would represent another strategic defeat for the U.S., still smarting from the debacle in Afghanistan.

What remains of U.S. credibility is on the line.

What happens if Russia brings Ukraine to the verge of defeat? Will Biden and his strongly anti-Russian administration simply throw up their hands and concede victory to Russia? Based on their maximalist rhetoric and commitment to Ukrainian victory, that appears unlikely.

Biden has shown no signs of relenting and recently said he will supply Ukraine with weapons as long as it takes. On the other hand, Putin will also not back down and seems determined to secure the entire seacoast of Ukraine, including the critical port of Odessa.

The great danger could arise if the U.S. foolishly continues escalation to the bitter end in order to stave off a Ukrainian defeat. I’m not predicting it’ll happen, but things could escalate to the point where tactical nuclear weapons are employed out of desperation. From that point, it’s a short step toward the broader use of strategic nuclear weapons.

Again, I’m not specifically predicting that will happen. But it is a realistic possibility based on the logic of escalation, and we seem to be sleepwalking into a nuclear confrontation unless we wake up.