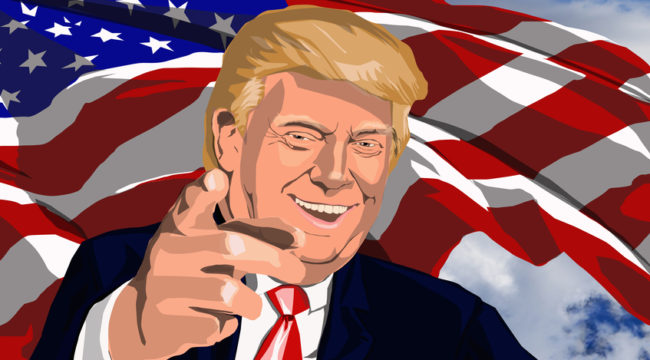 Three Cheers for the “Do Nothing” President

“Had the opposition party… won the election,” said the president Tuesday,“ the Stock Market would be down at least 10,000 points by now.”

And for the moment “we” certainly are.

The stock market has largely been heading up, up, up two months running.

We are convinced the Federal Reserve’s newfound dovishness is far more responsible than the president.

Yet we confess a sneaking admiration for any man so certain of his stars, so certain of whom the angels are for… and whom they are against.

No modesty hangs about him. No self-doubt gnaws at him. No scruple enchains him.

In Trump we have the popinjay pure and perfect, the supreme chest-pounder, the peacock of peacocks.

We concede the fellow may be no deeper than the skin that encases him.

But intellectual depth is vastly overrated in a president…

Watch out for the “Deep Thinkers”

It is the “deep thinkers” who often think the Republic into its deepest fixes.

They are drunk on their thoughts… as the corner sot is drunk on alcohol.

Do you trust a drunk man with the keys?

The “Sage of Baltimore,” H.L. Mencken, surely hooked onto something when he wrote:

“We suffer most when the White House bursts with ideas.”

Woodrow Wilson, for example, was the first doctor of philosophy to seize the White House.

The same Mr. Wilson ordered the doughboys “over there”… 116,000 of whom will remain forever over there.

And the Versailles Treaty that closed the “war to end all wars” spawned the “peace to end all peace.”

WWI was “The Great War” until an even greater war forced a Roman numeral arrangement.

In contrast we find Wilson’s successor once removed — Calvin Coolidge.

Slept more than any other president, whether by day or by night… There were no thrills while he reigned, but neither were there any headaches. He had no ideas, and he was not a nuisance.

Loftier praise for any president can scarcely be imagined:

He was not a nuisance.

Being a nuisance, alas, is how presidents nudge their way onto the history pages.

Whom do historians slobber over — a Calvin Coolidge or a Franklin Roosevelt?

A Grover Cleveland — or a Theodore Roosevelt?

Trump Could Have Been the Right Kind of Nuisance

But our criticism of Trump is not that he is a nuisance… but that he has been an insufficient nuisance.

The right kind of nuisance is just what the country could use. Trump was elected, in fact, to be a nuisance.

Not a statesman, that is — but a demolition man.

A political outsider, Trump would “drain the swamp.”

He would end the forever wars… and disentangle the United States from entangling alliances.

And did he not pledge to retire the debt?

But rather than demolition man, Trump has largely been kept man.

But the deep state immediately shows him its fangs, his swampish advisers take him by the ear…  and before he knows what has struck him… his position is y.

That is, his position is the status quo.

And so the swamp remains as deep, as thick, as gaseous as ever…

The United States remains entangled as ever… and more indebted than ever.

The national debt has expanded over $2 trillion since Mr. Trump sank his caboose in the presidential desk chair.

Deficits are supposed to contract during economic expansions… not increase.

But it is not our purpose to bring the president into contempt or ridicule. We have no heat against the fellow.

Besides, we never thought for one second that Trump stood a chance. The entire capital is against him — including over half his party.

He is simply out of his depth.

But even a George Washington would be out of his depth today.

The termites have eaten too deeply into the floorboards beneath… and the rafters above.

How much solid timber remains?

And we suspect the end is getting close…

GDP growth, for example, has been trending in the wrong direction.

We still await Q4 2018 GDP numbers. But the evidence does not encourage.

The soothsayers in turn slashed their Q4 GDP estimates.

Even the Federal Reserve’s Atlanta branch — famous for its wildly optimistic GDP projections — lowered its forecast from 2.7% to 1.5%.

The Federal Reserve’s New York bastion has slashed its 2.17% forecast to 1.4%.

All the while, the global economy goes along at a limp.

Our own Charles Hugh Smith warns we have come upon “credit exhaustion.”

“The signs are everywhere,” Charles laments: “credit exhaustion is global, and that means the global growth story is over.” More:

The global economy is way past the point of maximum debt saturation, and so the next stop is debt exhaustion: a sharp increase in defaults, a rapid decline in demand for more debt, a collapse in asset bubbles that depend on debt and a resulting drop in economic activity, aka a deep and profound recession that cannot be “fixed” by lowering interest rates or juicing the creation of more debt.

Ah, but that will not stop them trying.

As with the addict, so with the crank — more debt is never enough.

The same old wine, that is — in new bottles.

Only this time, we suspect it will prove too weak to intoxicate.

Next comes the stiff cup of coffee… and the freezing shower…