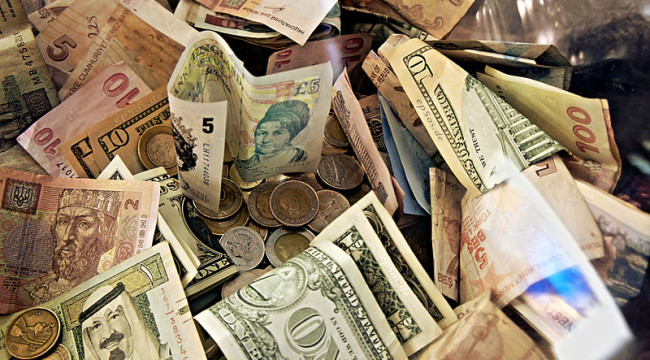 If you hoped that monetary policy would ever return to normal, you’re in for some disappointment.

It appears as though central banks are hell-bent on doubling down on their mistakes. The past century has demonstrated time and again (Germany, Yugoslavia, Zimbabwe) the destructiveness of creating money out of thin air. Yet central banks continue with their money printing, going to greater and greater lengths and unveiling new tools and policies to try to stimulate their economies. It’s been so long now since monetary policy was “normal” that we’re into a new normal: permanent easing.

Even though the Federal Reserve was ostensibly created to allow for an “elastic” currency, increasing and decreasing the money supply as demand for money waxed and waned, in practice it has really only ever increased the money supply. Take a look at any money supply figures and you’ll see exponential growth. Central banks are one-trick ponies, their solution to every problem that arises is to create more money. Asking them to tighten monetary policy, to guide an economy, or to ensure financial stability is like asking a hammer to become a screwdriver and a carpenter’s level. That’s not what central banks were designed to do.

Add to that the mainstream economic-historical narratives such as the mistake of 1937 and you have a recipe for constant easing. Central banks are so afraid of creating a recession through monetary tightening that normalization of interest rates and ending monetary stimulus programs is almost not even under consideration.

Now that major central banks such as the Bank of Japan and the European Central Bank have introduced negative interest rates, it may only be a matter of time before the Federal Reserve does the same thing. If that happens, expect many more years of monetary easing. We’ve already seen over seven years of near-zero interest rates, an unprecedented amount of time, and it looks increasingly likely that the Fed will continue to keep interest rates low for at least the next year.

Even if the Fed were to raise its interest rate target to something more normal, its balance sheet is incredibly bloated, over four times larger than it was before the financial crisis. To unwind that balance sheet back to normal levels would take many more years after the time that interest rates returned to normal. That’s why it is becoming increasingly clear that we are in a new era of perma-easing. Nobody wants to be the guy who rocks the boat, ends the easy money gravy train, and gets blamed for a recession, so the status quo of monetary easing continues unabated.

The best thing the Fed could do is just walk away and stop engaging in monetary policy. Monetary policy itself is the cause of booms and busts. If the Fed were to disappear, the sudden withdrawal of monetary stimulus would result in a recession as malinvestments funded by central bank-created easy money would go belly up, but that would be a necessary correction to restore sound economic fundamentals and a proper capital structure. Once that recession finished, malinvested labor and capital would be put to better use, prices would readjust, and economic recovery could begin.

We know that the Fed won’t walk away, of course, as it has a legislative mandate to engage in monetary policy. Besides, the whole purpose behind the Fed’s quantitative easing was to stave off a corrective recession. And so the Fed will keep pumping money into the system, more and more and more.

It hopes that this will achieve its goals of boosting prices and employment, but it won’t, it will just exacerbate the existing malinvestments in the economy. Prices will continue to rise, more and more unemployed people will drop out of the labor market, and economic growth will continue to be ephemeral. At this point a major depression is inevitable, it’s just a matter of time, and all the Fed is doing is trying to postpone that judgment day through continued monetary easing.

When the day of reckoning comes and the full brunt of the depression hits, let’s just hope that the Fed doesn’t respond by following in the footsteps of many of its historical predecessors and turning on the monetary spigots full blast.

Paul-Martin Foss is the founder, President, and Executive Director of the Carl Menger Center for the Study of Money and Banking. Prior to founding the Menger Center, Mr. Foss worked in the U.S. House of Representatives for seven years, including six years as Congressman Ron Paul’s legislative assistant for monetary policy and financial services, and one year as Deputy Legislative Director for Congressman Thomas Massie.