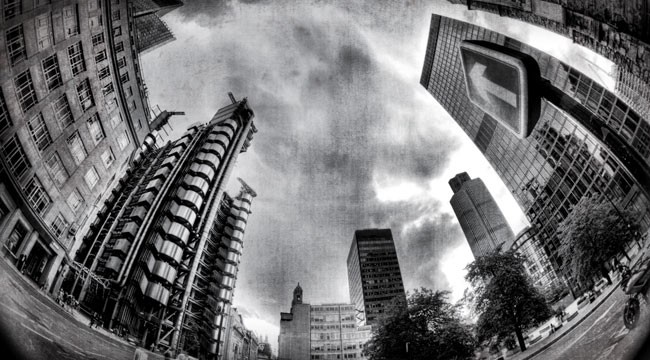 This Unique Fund Has Beaten the Market for 40 Years

“Few things are harder to put up with than the annoyance of a good example.”

I write a lot about the virtues of buying stocks and sitting on them. My coffee can portfolio, for example, requires that you sit still for 10 years.

But how about sitting still for 80 years?

There is a portfolio that makes the coffee can portfolio look impatient: the Voya Corporate Leaders Trust Fund. It was the subject of one of the best stories I read all week. Ross Kerber wrote it for Reuters, and the headline was “Buy-and-Hold Fund Prospers With No New Bets in 80 Years.”

Now, I know you have no interest in holding stocks for 80 years. I don’t either. In fact, 10 years is pushing it. I know that. Still, that doesn’t mean we can’t learn something from the story.

“The Voya Corporate Leaders Trust Fund, now run by a unit of Voya Financial Inc., bought equal amounts of stock in 30 major U.S. corporations in 1935 and hasn’t picked a new stock since.”

Wow, talk about set it and forget it!

What’s so interesting is the story the portfolio tells. It still has some of the same names it had in 1935: DuPont, General Electric, Procter & Gamble and Union Pacific.

But it also has positions that came about through mergers and/or spinoffs. For example, it owns Berkshire Hathaway via an original position in the Atchison Topeka and Santa Fe Railway. It has CBS via a stake in Westinghouse Electric. It owns Honeywell through a stake in Allied Chemical.

It has shares in Foot Locker because that’s where a 1935 position in F.W. Woolworth wound up. It owns Exxon Mobil and Chevron thanks to an investment in Rockefeller’s Standard Oil.

There are only 21 names left, as some have gone on to the great big board in the sky, such as American Can and the Pennsylvania Railroad.

Remarkably, the fund has beaten 98% of its peers over the last five- and 10-year periods. Writes Kerber:

In fact, it’s beaten the S&P 500 for 40 years. The fund’s website doesn’t go back any further than that, though I wonder what it’s been like since inception.

It is a low-cost fund, with a fee of just 52 basis points. (Most funds are triple that at least.) And there are few capital gains taxes to pay, thanks to low turnover. (The fund still has to buy and sell to meet redemptions and invest new money.)

All in all, a remarkable little story about the power of sitting tight in a portfolio of carefully chosen stocks based on a sensible investment strategy.

The fund’s original sponsor was Corporate Leaders of America. Today, after a series of deals, it wound up under Voya’s umbrella. The original fund had a simple mandate, as described in a brochure on the fund’s history:

“The founders of the Trust bought equal shares of 30 leading companies in 1935 and decreed they could never be sold. The only exception was companies that went bankrupt, merged or spun off.”

You don’t find them making any more funds like this. But back in the early days of the mutual fund industry, most funds looked more like it than not.

In fact, the first open-ended mutual fund in America — and in fact, in the world — was the Massachusetts Investors Trust, established in 1924.

(An aside: Open-ended means you can buy and sell shares of the fund at a price that matches the value of its portfolio. Before MIT came along, funds were closed-end. This meant prices might not match the underlying value of the portfolio. Disclosures were poor. And as you can imagine, sponsors often manipulated prices to their advantage.)

MIT was something new under the sun. It promised transparency and fairness. It promised low-cost professional management for the small investor. It had a sensible and conservative investment policy, with a focus on large dividend-paying stocks. MIT would not trade these stocks, but would aim to buy and hold.

“The transparency and flexibility, and the security and comfort thus offered to small investors, made MIT a uniquely American contribution to finance… Good ideas usually have simple beginnings: it’s the very simplicity of the concept that makes them ultimately successful. This one was brilliant.”

Lowenstein tells MIT’s story well in his book The Investor’s Dilemma, which I highly recommend to anyone who invests in mutual funds. (Lowenstein is also the author of my two favorite books on corporate finance: Sense & Nonsense in Corporate Finance and What’s Wrong With Wall Street.)

But unlike Voya, this tale has a sad ending. MIT’s story also illustrates another old truism: Wall Street often turns good ideas into bad ones. It would soon corrupt that simple, brilliant idea of the open-ended mutual fund… and turn it into just another moneymaker for Wall Street.

The problem with MIT from Wall Street’s perspective is that nobody could make any money off it — except the investors in the fund. So somehow, somebody convinced MIT to take on an external manager in 1969. Before that, MIT had its own managers in-house. This was the beginning of the end.

With an external manager, the fee started to go up. By 1969, the fee was up 36-fold, while assets under management went up just seven-fold. The external manager also managed the fund more aggressively and traded more frequently. A sad decline set in. By 2004, Blackrock bought the fund and merged it with others. MIT was no more.

The typical fund these days charges a lot, trades way too much and trails the market badly. Lowenstein writes in his book that the average fund has 160 stocks and turns them over every year. That’s not investing. But Wall Street makes money.

The establishment doesn’t want you to just sit on carefully chosen stocks. It wants to charge you fees. It wants to sell you stuff.

This brings us back again to the Voya fund. MIT’s tale makes it seem all the more incredible the Voya fund lasted as long as it has with its initial mission intact. It’s a special fund, a piece of Americana.

OK, so maybe you don’t hold stocks for 80 years. And maybe even my coffee can approach — with its 10-year holding period  is still too long for you.

But there is surely some young person in your life who you can share the wisdom of long-term investing with. Tell them about the coffee can idea. Tell them the story of the Voya fund. Make them wise to the ways of Wall Street.

In any event, I urge you to try and hold on to your stocks a little longer. I’ll end with a few words from Thomas Phelps, who wrote the book on 100-baggers and knew a little something about long-term investing:

“Just as a slight change in a golfer’s grip and stance may improve his game, so a little more emphasis on buying for keeps, a little more determination not to be tempted to sell… may fatten your portfolio. In Alice in Wonderland, one had to run fast in order to stand still. In the stock market, the evidence suggests, one who buys right must stand still in order to run fast.”