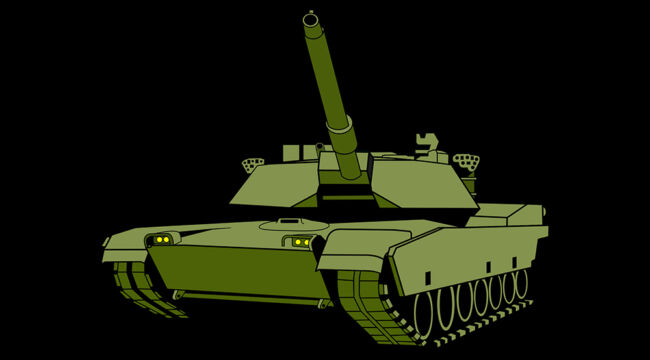 This Tragedy Was Entirely Avoidable

The war in Ukraine will have huge ramifications for the international system in the coming years. Many will prove negative for the U.S. as sanctions backfire and the world moves more rapidly toward dollar alternatives.

Unfortunately, the war in Ukraine was totally avoidable. Had the U.S. pursued closer ties with Russia years ago, rather than antagonizing it and driving it into a deeper alliance with China, it’s highly unlikely the war would have taken place.

But largely because of elites in the U.S. and Europe, hopes of a partnership with Russia were dashed.

I’ve made the argument before, but sometimes we all need to be reminded of basic facts. We need to remember how we got here.

Russia, China and the U.S. are the only true superpowers and the only three countries that ultimately matter in geopolitics. That’s not a slight against any other power.

The U.S. Is the Sucker

One of the keys to U.S. foreign policy in the last 50 or 60 years has been to make sure that Russia and China never formed an alliance. Keeping them separated was key.

The war in Ukraine has only deepened their relationship.

Ultimately, this two-against-one strategic alignment of China and Russia against the U.S. is a strategic blunder by the U.S.

The U.S. is the sucker in this three-way game of poker. The fact is Washington has squandered a major opportunity to turn it in America’s favor.

When future historians look back on the 2010s they will be baffled by the lost opportunity for the U.S. to mend fences with Russia, develop economic relations and create a win-win relationship between the world’s greatest technology innovator and the world’s greatest natural resources provider.

China is the greatest geopolitical threat to the U.S. because of its economic and technological advances and its ambition to push the U.S. out of the Western Pacific sphere of influence.

Russia may be a threat to some of its neighbors (ask Ukraine), but it is far less of a threat to U.S. strategic interests. It’s not the Soviet Union anymore.

Of course, that didn’t happen. And we could be paying the price for years to come. Who’s to blame for this U.S. strategic failure? You can start with the globalist elites…

The U.S. and its allies, especially the U.K. under globalists like David Cameron, wanted to peel off Ukraine from the Russian orbit and make it part of the EU and eventually NATO.

From Russia’s perspective, this was unacceptable. It may be true that most Americans cannot find Ukraine on a map, but a simple glance at a map reveals that much of Ukraine lies east of Moscow.

Putting Ukraine in a Western alliance such as NATO would create a crescent stretching from Luhansk in the east through Poland in the west and back around to Estonia in the north. There are almost no natural obstacles between that arc and Moscow; it’s mostly open steppe.

Completion of this “NATO Crescent” would leave Moscow open to invasion in ways that Napoleon and Hitler could only dream. Of course, this situation was and is unacceptable to Moscow.

Putin didn’t just wake up one day and decide it would be fun to invade Ukraine. It was years in the making.

Prior to 2014, an uneasy truce existed between Washington and Moscow that allowed a pro-Russian president while at the same time permitting increasing contact with the EU.

Then the U.S. and the U.K. overreached by allowing the CIA and MI6 to foment a “color revolution” in Kyiv called the “Euromaidan Revolution.”

In response, Putin annexed Crimea and declared it part of Russia. He also infiltrated Donetsk and Luhansk in eastern Ukraine and helped establish de facto pro-Russian regional governments. The U.S. and the EU responded with harsh economic sanctions on Russia.

Some of this money was used for intended purposes, some was skimmed by the oligarchs and the rest was recycled to Democratic politicians in the form of consulting contracts, advisory fees, director’s fees, contributions to foundations and NGOs and other channels.

Hunter Biden and the Clinton Foundation were major recipients of this corrupt recycling. Other beneficiaries included George Soros-backed “open society” organizations, which further directed the money to progressive left-wing groups in the U.S.

This cozy wheel of fortune was threatened when Donald Trump became president. Trump genuinely desired improved relations with Russia and was not on the receiving end of laundered aid to Ukraine.

Trump was a threat to everything the globalists had constructed in the 2010s.

The globalists wanted China and the U.S. to team up against Russia. Trump understood correctly that China was the main enemy and therefore a closer union between the U.S. and Russia was essential.

Yet the elites seized on this to concoct a story of collusion between Russia and the Trump campaign. The real collusion was among Democrats, Ukrainians and Russians to discredit Trump.

Whatever you think of Trump personally, and he was far from perfect, the collusion story was always bogus.

So Russia became public enemy No.1 because of politics. Ironically, the same people who were soft on the Soviet Union during the Cold War are often the biggest Russia hawks these days.

And here we are today, fighting a proxy war against Russia in Ukraine. It could still result in direct war with Russia, with the specter of nuclear war looming in the background.

Again, it all could have been avoided. Nice job, globalists!