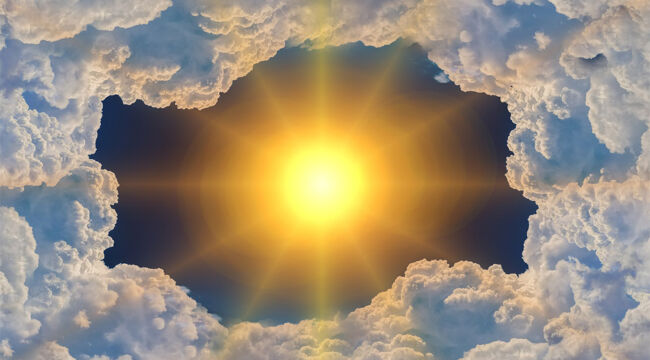 It is official — climate change is a medical pathology. Reports Canada’s Times Colonist:

Doctors have traditionally struggled to clinically attribute mortality and severe illness to air pollution. For [Dr. Kyle] Merritt, this summer’s wildfire season changed all that.

When a patient came in struggling to breathe, Merritt knew the smoke — that hadn’t lifted from the region for days on end — had made a case of asthma worse.

For the first time in his 10 years as a physician, the ER doctor picked up his patient’s chart and penned in the words “climate change.”

Our minions further inform us that ivermectin has yielded superexcellent results in clinical trials. Yet the public health authorities have heaved a heavy blanket upon these results.

These learned men of science cry the thing down as a “horse dewormer” unfit for human use.

We further understand scientists are slaving 24 hours each day to brew a vaccine.

May it prove as safe and effective as the COVID-19 vaccines in current application… no matter how many booster shots it may require… or how many lives it may claim.

It may even win Dr. Fauci’s principled endorsement.

At “the Feet of Power”

Thus they are assembling around “the feet of power.” Times Colonist:

Merritt and about 40 other nurses and doctors are taking their concerns to Nelson’s city hall, where the group will rally alongside at least 130 more health care workers demonstrating at the provincial legislature in Victoria.

“We wanted to do something big. We wanted to gather at the feet of power,” says Dr. Kelly Lau, a family physician based in Vancouver…

Lau says the non-partisan group is calling on the provincial government to, among other things, declare an “ecological emergency” and end subsidies to the fossil fuel industry.

Fighting the Power — or Joining It?

We might inform Dr. Lau that power’s feet — along with its legs, its hands, its arms, its lips and all intervening anatomy — are not against her.

Power presently huddles in Glasgow, Scotland. There it is yoked and leagued against the powerless who do not share its “net zero” zeal.

That is, power is yoked and leagued against those who do not share its zeal to attain net zero greenhouse gas emissions by 2050.

The ledgers must balance, power insists.

This is power’s theory. Is power correct?

We would be very, very surprised if power is correct. We can shovel up few examples of power being correct to any plausible degree.

Truth is to power — we have long concluded — as oil is to water.

The one generally mixes poorly with the other.

They may dissolve into one on rare occasions, we concede. Yet we believe they are overall foes, pushed apart by a sort of natural anti-magnetism.

We hazard power’s climate catastrophism is one example. Here are some questions for power…

What if “net zero” is a fool’s chase, a pursuit of hobgoblins, of nymphs and fairies?

What if the slight fever Earth has endured in recent decades is a natural fever — and a transient fever?

What if it is due to a cyclical absence of clouds? Here is NoTricksZone, an anti-alarmist climate site…

Scientists (Loeb et al., 2021) have determined the [warming trend] from 2005–2019… is “primarily due to an increase in absorbed solar radiation associated with decreased reflection by clouds”…

That is, carbon dioxide is being falsely accused of climate crime — if true.

The caveat is necessary because your editor lacks all credentials within the climate sciences. He is, however, skilled in the picking of cherries that confirm his prejudices.

He is suspicious of power. This suspicion, by his own admission, clouds his judgment.

Wherever you find power, you will likely find him in a location across town.

Other scientists (Dübal and Vahrenholt, 2021) have also concluded that… a drop in cloudiness has been the “major driving effect,” “dominating influence” and “major heating cause” explaining the 2001–2019 ocean heat content increase.

The authors note these CERES satellite observations “conflict with the assumption further global warming originates mainly from… greenhouse gases… In fact, the… greenhouse effect impact has been negative; it has contributed a net cooling influence (-1.1 W/m²) over the last two decades.

A net cooling influence? Does not net cooling discombobulate the fine theory of net zero?

We hazard it would — again, if the cloudiness hypothesis holds juice. More still…

The summarizing text from another new study (Ollila, 2021) bluntly asserts… “there are natural climate drivers that have rapid and significant temperature impacts exceeding the anthropogenic drivers,” and that any temperature increase since 2015–16 “cannot be due to anthropogenic reasons.”

Our research supports the idea that clouds and albedo… are variables of the utmost importance for current climate change.

It is unlikely that power has seen the studies.

Yet power believes them. Or — let us provide an alternative possibility — power pretends to believe them.

We incline somewhat toward the second theory. That is, power pretends to believe them.

From Green to Red

Where a man stands often depends upon where he sits. And power sits where the catbird sits.

That is because power stands to profit — plentily — from climate catastrophism and its “net zero” mania.

The carbon credit market, as we detailed last week, is already going. Natural resources sage Marin Katusa estimates this market will shame all others in the coming years.

$100–150 trillion! How do you like it? Yet she believes it necessary. We are left to conclude: