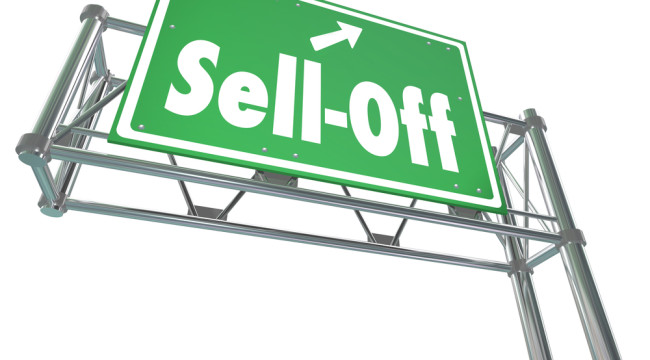 This Is The Start of The Sell-off, Not The End

We don’t know. But at the end of the first quarter, investors held about $24 trillion in stocks. Stock prices are down about 10% since then… leaving the rich $2.4 trillion less rich.

It takes longer to react. Real estate is not “marked to market” immediately. Buyers and sellers discover prices slowly.

The “wealth” created in Stage III of the U.S. credit boom was largely phony. It came as the Fed dropped the price of money to zero.

Underpriced credit gave the gamblers, schemers, and cronies the wherewithal to manipulate markets and bid up their own assets.

All a total waste of time and a fraud. Capitalism is innocent. This was an inside job – a crime committed by the cronies and their enablers in government.

It was their way, not only of giving themselves trillions of dollars of other people’s money, but also of holding onto the power, status, and wealth they’d accumulated over the last three decades.

Politicians had no more interest in solving this “problem” than a wolf wants to solve the problem of too many fat sheep. But don’t worry. A real bear market will take care of it!

Yesterday, the Dow surged up more than 400 points… and then ominously reversed course in the final hour. It ended the day down 205 points, or 1.3%.

Not exactly good news for those expecting a V-shaped recovery from the historic rout on Monday.

Who knows where stocks will go next. But markets rarely go anywhere in a straight line. Instead, like a cat with a mouse, they toy with investors before administering the coup de grâce.

Some readers were disappointed that we didn’t get out Monday’sCrash Alert, from our chief stock market researcher, Stephen Jones, sooner.

But Stephen’s warning is not supposed to pinpoint the moment when stocks sell off. As he put it, the 50%-plus decline in U.S. stocks he sees coming “appears likely to start within the next three months.”

If he’s right, we are just at the beginning of that decline, not the end. What you’ve seen so far was just the cat’s first pounce.

But Stephen’s indicator is just one of many different ideas, research, and recommendations you should use to form your own opinions and make your investment decisions.

And remember, this is the Great Zombie War. It didn’t start last week. It won’t be over this week.

The zombies… their allies, the cronies… and their enablers in government are all fighting to protect what isn’t theirs. They want to hold on to their ill-gotten gains. They won’t give up easily.

The rich got richer because the fix was in…

As we explained yesterday, since 1987 the Fed has been committed to using its power to prop up asset prices.

From an economic perspective, it makes no sense. Central banks have no way of knowing what assets should be worth. Nor do they have any real reason to want to see stocks be more expensive.

As Austrian School economist Friedrich Hayek made clear, economic knowledge is dispersed among individuals, not among government technocrats.

Through the workings of free markets, individuals “discover” asset prices; the professors of finance appointed to the Federal Open Market Committee are not supposed to rig them through market interventions.

But like marijuana in college, everybody does it. Here comes the People’s Bank of China, working hard to rig the markets of the Middle Kingdom. Reports Bloomberg:

China fell back on its major levers… cutting interest rates for the fifth time since November and lowering the amount of cash banks must set aside.

The one-year lending rate will drop by 25 basis points to 4.6% effective Wednesday, the Beijing-based People’s Bank of China said on its website Tuesday, while the one-year deposit rate will fall a quarter of a percentage point to 1.75%.

Mr. Trump’s Fabulous FortuneMarkets discover what a stock is worth based on the expected earnings of the company. Goosing up stock prices doesn’t change that. So, the whole thing is a scam.

But the cronies love it. With the federales propping up the market, the rich – the owners of most of the world’s financial assets – could take chances and grow richer.

They figured they couldn’t lose…

That’s how “The Donald” got so rich – making big bets on rising property prices.

Trump has gone bankrupt four times. You’d never want to trust him with your personal finances. But he may be just the man to head the U.S. government. He’s got the experience we need in Washington!

Trouble is, just when Americans are looking for someone with the Midas touch, Mr. Trump’s fabulous fortune may turn from gold to dross.

His public disclosures are thin. But his business practices – big bets, high leverage – are well known. At the bottom of the last crisis, he was said (by us) to be the “poorest man in the world,” with a net worth of MINUS $100 million.

Who knows what will happen when we get a real crash. Mr. Trump might have to declare bankruptcy a fifth time!

When this sell-off intensifies, Mr. Trump, Wall Street, and the One Percent will lose money.

The feds’ fictitious capital will go back where it came from – nowhere.

The rich won’t be so rich… the poor (relatively speaking) won’t be so poor… and all the do-gooders kvetching about the unfairness of it all can go back to updating their Facebook status.