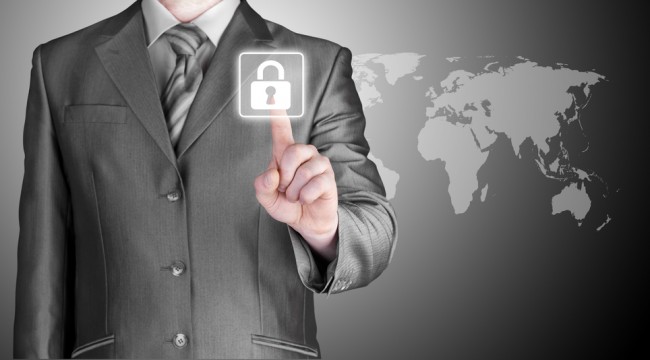 This is Not a Drill: Corporate Concerns Over Cybersecurity

Twice a month on average, someone tries to knock out electricity in the state of New Jersey.

Or so we can conclude from a white paper issued by the state’s Regional Operations Intelligence Center. Between October of last and January of this year, the paper documents eight “reports of intrusions at electrical grid facilities in New Jersey.”

One example: On Jan. 26, “employees found a hole, approximately 3 feet high by 2 feet wide, in the perimeter fence of an electric switching and substation in East Rutherford.”

“Many of the grid’s important components sit out in the open,” the paper says, “often in remote locations, protected by little more than cameras and chain-link fences.”

Thus could saboteurs shoot up a substation in San Jose, Calif., last April, damaging several transformers — a baffling case brought to light only recently in The Wall Street Journal.

The Washington Free Beacon, which obtained the New Jersey white paper, says such attacks have the potential to “wipe out power across large swaths of the country.”

That’s not hyperbole. The U.S. power system is far more interconnected than many of us appreciate. Indeed, there are only three major grids spanning the country — the eastern, the western and — true to its independent roots — the Texas grid.

So intertwined is the system that a software bug at an Ohio power plant knocked out electricity to 55 million Americans and Canadians during the Northeast blackout of August 2003.

And get this: In Clovis, N.M., construction is underway on a “superstation” that would unite the three grids — ostensibly, the experts try to assure us, to make them more reliable.

You can be forgiven for not feeling very assured… 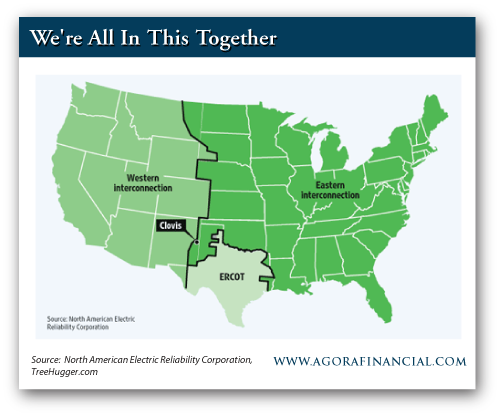 So far, we’ve chronicled only the low-tech attacks on substations, transformers and the like. As you can well imagine, the grid is also vulnerable via the cyber route.

During a drill last November, attacks of both the low-tech and high-tech variety knocked out power to tens of millions.

“In windowless rooms from [Washington] to California,” says a New York Times account, “nearly 10,000 electrical engineers, cybersecurity specialists, utility executives and FBI agents furiously grappled over 48 hours with an unseen ‘enemy’ who tried to turn out the lights across America.”

In the simulation, “active shooters” killed seven cops, firefighters and utility workers checking out transformers and power lines. Meanwhile, “hackers” clogged the computers that keep the system humming. The National Cybersecurity and Communications Integration Center — a division of Homeland Security — responded to reports of 40 simulated cyberattacks.

Result of the drill? “There were certainly surprises for us,” said Venita McCellon-Allen, COO of a power utility that serves parts of Louisiana, Arkansas and Texas. “I sat up straight in my chair.”

Once again, you can be forgiven for feeling a bit insecure.

Undoubtedly, utilities will pour millions into shoring up their cyberdefenses in the months and years to come.

Indeed, cybersecurity’s “moment” has arrived — more than a year after we began covering it earnest in our virtual pages.

“The investors are betting that the time is right for Accuvant to expand and try to win new customers,” says The New York Times. “Hacking attacks like the recent one at Target are weighing on the minds of many corporate executives.”

The Target breach is also cited in a CNBC story recounting a flurry of cybersecurity deals. “During the past year, venture capital firms invested a record-high $1.4 billion in 239 cybersecurity companies… Nearly 80 cybersecurity startups have exited, either through acquisition or IPO, with an average tenfold return on investment.”

Ed. Note: Security breaches all over the world have been wreaking havoc on governments, industries and individuals alike. We’re not sure what the future holds, but our guess is that this is the next face of warfare. As the tensions mount, the arsenals of digital weaponry continue to increase. And that means a handful of savvy investors stand to profit handsomely. Readers of today’s issue of The Daily Reckoning were given a chance to gain exclusive access to a list of companies in the best positions to profit from this new wave of cybersecurity. It’s just a small part of being a subscriber to The Daily Reckoning email. Sign up for FREE, right here, to start getting the full story… and all the great benefits that come with it.