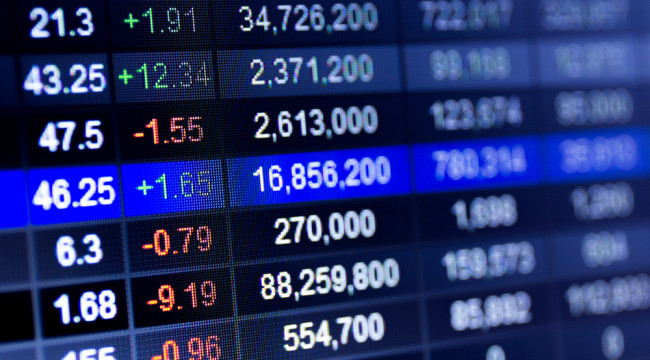 Think You Can Time the Markets? Think Again...

PARIS – What do we know now?

We consult the gods… and the dead.

Yesterday, the Dow eked out a 52-point gain, to the relief of investors.

But crude oil continued its historic slide. As of yesterday’s close, a barrel of U.S. crude oil changed hands for just over $31 a barrel. That is a 71% drop from the $107 price tag at the peak of the oil market about 18 months ago.

There is so much oil inventory that storage tanks are bursting at the seams. And oil shippers are collecting near-record daily rates, as their tankers are used for storage, as well as for transport.

If inventory holders become forced sellers, as some analysts predict, prices could hit $10 a barrel before this bear market is over.

Then inventories will be drained, and today’s lack of investment in new output will send the price up again.

As Bonner & Partners researcher Nick Rokke notes, market prices do not revert to the mean – especially in the commodities sector. Instead, they go to the mean and keep on going.

One extreme leads to another equal and opposite extreme…

In our view, the big drop in oil prices is one of the many unforeseen consequences of Fed policy.

There are other factors at play, too. But by encouraging U.S. oil producers to borrow at ultra-low interest rates, the Fed exaggerated the usual boom-bust cycle of the commodity markets.

Others have a different explanation. They believe the low oil price illustrates the foolishness of the “Peak Oil” hypothesis.

They don’t believe in limits that naturally drive up prices…

As scriptwriter William Goldman famously said about predicting the winners and losers in Hollywood:

Nobody knows anything. Not one person in the entire motion picture field knows for a certainty what’s going to work. Every time out, it’s a guess and, if you’re lucky, an educated one.

Nobody knows anything in the financial world either…

At least, that is what the old-timers say. The young guys know what is going on. The old guys know they don’t.

Even economic wunderkind Larry Summers – a man who has all the answers all the time – says as much:

The Economist reports that, looking across all major countries over the past several decades, there were 220 instances in which a year of positive growth was followed by one of contraction. Not once did International Monetary Fund forecasts anticipate the recession in the April of the growth year.

Joe famously called the top of the stock market in 1981. His subscribers received the following alert by way of a phone call or answering machine message:

This is a Granville Early Warning. Sell everything. Market top has been reached. Go short on stocks having sharpest advances since April.

And his subscribers listened. The Dow plunged 6% on record volume following Granville’s call, wiping out hundreds of billions of dollars in investor wealth.

But within a few years, most of those subscribers were kicking themselves… They probably wanted to kick Joe, too.

One year later, a secular bull market began in U.S. stocks. And investors who rode it out until the top 18 years later made cumulative gains of 1,412% (excluding dividends).

Granville was one of the great, colorful showmen of the newsletter trade. After he died, in 2013, Forbes magazine’s Peter Brimelow remembered:

In Tucson once, Granville began by walking across a swimming pool on a plank hidden just below the surface, then telling the assembled multitude, “And now you know!”…

In Minneapolis, when asked how he could keep close to the market while travelling so much, he dropped his tuxedo pants to reveal boxer shorts printed with stock quotations that he successively identified, finally pointed to his crotch with the delighted cry of “And here’s Hughes Tool.” [Hughes Tool Company was a well-known Wall Street stock. It is now part of Baker Hughes International.]

Granville was at the height of his fame when he made his uber bearish 1981 call.

He had enjoyed a string of prescient calls in the 1970s. His market timing advice was taken seriously by many serious people. And his photo appeared on the front page of the New York Times – perhaps the only time in history a financial newsletter writer got his picture on the front page.

But not only did he completely miss the start of the bull market in 1982, he also ignored it and denied it for the rest of his life.

Our old friend Mark Hulbert, of Hulbert’s Financial Digest, had Granville at the bottom of his 25-year ranking, with “average losses of more than 20% a year on an annualized basis.”

Missing a bull market is no sin, we observed a few days ago.

But betting against the biggest bull market in U.S. history turned out to be a bad career move for Granville… and a bad financial move for his followers.

And so it goes on – from young to old… from know-it-all to know-nothing… from boom to bust… from bull market to bear market… from greed to fear and back again.

All we know is that markets generally do a better job of predicting the future than individual guesswork.

The 1929 Crash, for example, told us there was trouble ahead. The U.S. economy needed a correction. But how could the markets have known that presidents Hoover and Roosevelt would turn it into a long, drawn-out depression?

The great crashes of 2000 and 2008 were both warnings. But each time, the Fed came back strong with new policies to drive up stocks again.

And now… Can the markets predict what monetary experiment Yellen & Co. will undertake next?

Last week’s selloff in stocks was telling us something. But what?

We cup our ear… we bend down… we listen carefully… as the market whispers softly. We can barely make out what it is trying to say. It is so faint…

“Get out…” says a feeble voice.

Tune in tomorrow for more on market whispers… the Oregon Standoff… and more!