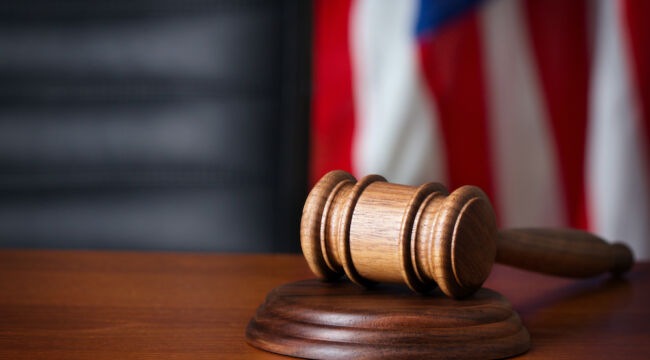 Just when you think things couldn’t get crazier, they have. As I’m sure you know by now, President Trump has contracted the coronavirus.

I certainly wish President Trump and First Lady Melania Trump a full and speedy recovery from the coronavirus.

If ever there was a time to put politics aside for the good of the country, this is it.

I’m not exaggerating. There has never been a presidential election where a fatal disease struck one of the candidates so close to the election date.

In 1919, Woodrow Wilson caught a severe case of the Spanish flu but he was in the fifth year of a two-term administration and was able to carry out his duties, despite what some aides saw as a change of temperament that had important consequences for the treaty negotiations to end World War I.

FDR was clearly ill and fatigued when he ran for a fourth-term in 1944, but he had already served three terms, the U.S. was in the midst of World War II, and his political opposition was weak.

The outcome was never in doubt: Roosevelt defeated Dewey by 432 to 99 electoral votes and had a 7.5% margin in the popular vote. FDR had no specific illness, rather a collection of symptoms associated with aging (he was also a smoker).

Hopefully, Trump will fully recover within days (he tweeted today that he’d be leaving the hospital at 6:30pm) and go to Election Day with the COVID cloud removed. But, that’s not the same as saying the virus has no impact on the campaign.

The second presidential debate is now scheduled for October 15. Many Democrats are calling for the cancellation of the debates, but this is a cynical calculation based on the belief that Biden won the first debate and has no upside from doing two more.

Cooler heads suggest the debate could be pushed back a few days to give Trump a comfortable 15-day window from first symptoms to the actual debate performance.

Still, even with a recovery Trump may be at least slightly weakened and less energetic on the stage and will have had less debate preparation time.

Within a day of the president’s COVID announcement, it was announced that the Trump campaign manager, Bill Stepien, also tested positive and will have to run the campaign from quarantine.

It was also revealed today that Trump’s press secretary, Kayleigh McEnany, has tested positive for the virus.

This spread of infections in the White House and on Capitol Hill (three senators tested positive) may also impact the confirmation hearings for Supreme Court Justice nominee Amy Coney Barrett.

The fact is, no one knows how all of these ripple effects will play out. It’s just one more wild card in a year of wild cards including the pandemic itself, an economic depression, social unrest and a Supreme Court vacancy. The best approach for investors is to expect more surprises.

Nothing is back to normal.