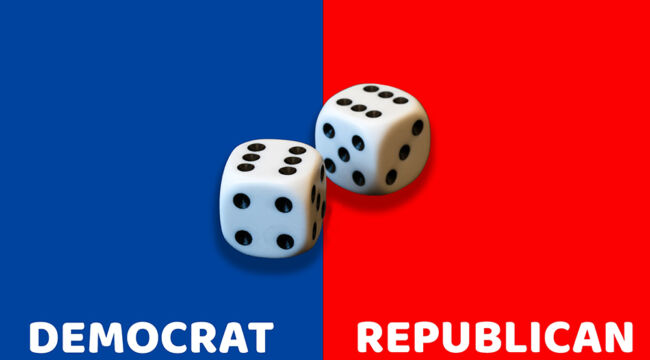 They Want to Ban Election Betting

What a remarkable moment in American history!

The anger of the public is at a greater height than at any point in anyone’s lifetime. The more the perpetrators of existing tyranny plead for “amnesty” the angrier people get.

We’ve spent nearly three years in forced silence and facing a massive wall between public attitudes and regime behavior. That wall is crashing down now and many people are panicking about it.

Consider in the first instance the Elon Musk takeover of Twitter.

His plan for the company is to allow free speech within legal limits and otherwise monetize the platform the old-fashioned way: You pay for the service.

As a result, there is widespread alarm and he is being smeared in the strongest possible terms in every other venue.

He will soon fire about half or more of the employees. This will be just the beginning. As the recessionary climate closes in, the American white-collar workforce is going to face a terrible reckoning. All the preposterous focus on ESG/DEI rather than profitability will vanish.

For nearly three years, Big Tech, Big Media and Big Government have marched in lockstep, spreading propaganda and lies and shutting down every opportunity for a diversity of views. We have all the receipts: the emails, the meeting logs, the Slack messages and so much more. They were all close collaborators.

Now with the Twitter takeover, we have a major platform, perhaps the most important one in the world, suddenly opening up to different views. It’s no surprise that the different views are filled with loathing for our oppressors.

This is why so many people are furious at Elon. If he sticks to his guns, Twitter could be the platform that blows open the entire racket.

Censorship has been the rule now for years, though we did not know just how pervasive it was. Censorship creates a strange culture in which regular people are encouraged to believe they are crazy because no one else seems to share their views.

They feel disempowered, isolated, alone and essentially insane. The world seems to be going mad but no one out there seems to be expressing that view. They gradually come to believe that perhaps they are the nutty ones.

We’ve seen how this works. Early in the lockdowns, there were some protests in Michigan against the egregious orders to stay home and not gather with others. In a matter of hours, Big Media got to work smearing them all as right-wing extremists, science deniers and grandma killers who selfishly wanted the “freedumb” to infect others.

They were taken down hard, as a lesson to others. And it mostly worked. Protests were few and far between after that. The entire population was successfully trolled by a vicious ruling class that had one agenda which was the imposition of a totalitarian shock on this once-free country.

That was the whole point of “social distancing”: to keep you alone, separate, quiet and complacent.

Months went by and the elections came. Disease panic was still in the air, and we were told that we had to permit vast absentee ballots in the name of slowing the spread of COVID. I personally flew across many states in the months and weeks leading to the election. In every state I landed, I had Facebook pushing a ballot on me, which I could easily download and send in.

I swear that I could have voted six times if I had no scruples.

The election betting markets on election night of November 2020 were very clear: Donald Trump was easily the winner. There was widespread shock of course but also it sort of made sense. His campaign events were packed with tens of thousands and the energy was palpable. His opponent campaigned from his basement in a mask.

That night we all went to bed with a sense that it was done. If the betting markets had any sense of what was happening, which is to say that if the smart money knew the power of the mail-in ballots, it would have been reflected in the odds. It was not.

We woke to a different world. The odds flipped in the other direction, and several swing states had been declared for Biden. Even now, the charts reveal that something very odd had taken place. I don’t have strong opinions on the question of “the steal” but there is no doubt that the outcome was manipulated, to say the least.

But among the grassroots, not everyone is as reasonable and calm as I am. I was in New York City at a speech and mentioned in passing that Trump had lost and this large crowd of Republican voters started booing me. Several people got up and walked out. Nothing like that had ever happened to me. I knew at that moment that something fundamental was going on among regular people. The fury was over the top.

Betting and the Truth

The problem: The betting markets told the uncomfortable and unmentionable truth. That’s the moment when the plot was on. The Commodity Futures Trading Commission started targeting election markets. They came after PredictIt, pettifogging them on every new bet.

Finally, they recently declared that the entire company has to shut down. The company negotiated a settlement that it should shut down in February 2023.

The CFTC right now is made up entirely of Biden appointees. They are not only trying to shut down PredictIt — they are stopping other betting markets from opening.

But there’s a problem. Right now there are bets extant for the presidency in 2024. They overwhelmingly favor Republicans: Trump at the top but DeSantis after that. Only 17% favor Biden and no Democrat figures into the mix in any substantial way. What happens to the money after the market shuts down?

It will have to be returned. Then we will be in the dark about what the markets are predicting.

These betting markets are there for the world to see right now. They represent a huge repudiation of the deep state and everything it represents. The government wants to shut them down precisely because they represent a machine of truth-telling.

They end our isolation and make us feel like we are not alone. The smart money is right where the American public is, and the deep state cannot stand it.

And so they shut it down. As Donald Luskin explains: “If investors can express their opinions on the future prices of corn and pork bellies, surely the First Amendment also protects their ability to do the same on elections and other political matters. It’s a matter of free speech that you can put your money where your mouth is.”

There is a war on for your mind and for the future of this country. The markets remain great truth-tellers in the long run. Now that the spigot of ever-cheaper credit is being turned off, the reality is starting to become more visible.

The elections of this coming Tuesday are going to be quite the night. Prediction markets are saying that the red wave will be like no election in a century, absolutely overwhelming in its repudiation of the regime.

What will the final results be? And how much will those results depend on a system that is wildly manipulated and distorted? We shall see, but I will say this. If the final declared winners differ too much from the current betting markets, confidence in the system will erode even further.

This is why they plan to end election betting markets once and for all.