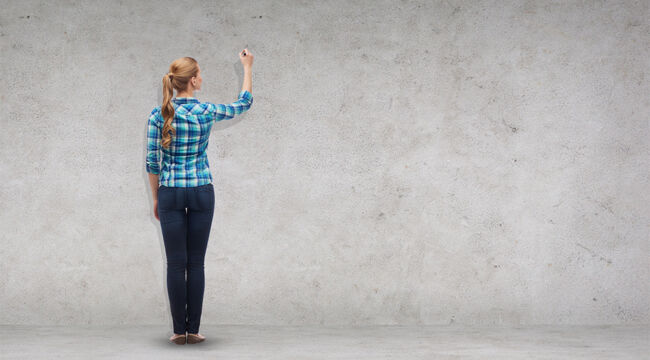 “The Writing Is on the Wall”

“The writing is on the wall.”

This is the studied conclusion of a certain Frank Giustra, co-chairman of the International Crisis Group.

What writing — precisely — adorns the wall?

The writing is on the wall that some form of change is imminent, and a global monetary system reset may already be underway… the U.S. dollar feels like a lame-duck currency. It still rules, but the world is clearly jockeying for what comes next… something will eventually replace the U.S. dollar as the sole dominant global reserve currency, perhaps sooner than anyone expects.

It distresses us to discover that we store our limited wealth in a “lame-duck” currency.

A lame duck is eventually a dead duck — “perhaps sooner than anyone expects.” And a dead-duck currency is a bankrupt currency.

The anti-Russian sanctions merely intensified the hunt. And Russian kingpin Putin brought a shotgun to the recent huddling of the BRICS nations, loaded with buckshot. Giustra:

Couple [monetary and fiscal irresponsibility among other factors] with the frequent weaponization of the U.S. dollar through sanctions and the SWIFT system and you can see why certain countries have been desperately looking for U.S. dollar alternatives…

Russian President Vladimir Putin is advocating that BRICS economies look into creating an international reserve currency using the basket of their own currencies. Finally, he started making noises about creating a gold-backed ruble.

China too is hunting duck. It too is hot to shatter today’s “dollar hegemony.” Like Russia, it too has been hauling in fantastic quantities of gold in recent years.

Could Russia and China lead the BRICS with a gold-backed currency? Jim Rickards has warned about it for years (more on which below).

But China has an extra load of ammunition in its case. Explains our colleague Chris Campbell:

China is the second-largest user of oil on the planet, and it has, for the past few decades, been forced to buy oil using the United States dollar.

It doesn’t want to use dollars to buy oil. Being forced to buy oil in dollars means giving power to your main rival.

In March, news broke that the House of Saud was considering accepting the yuan for oil.

China purchases a whopping 25% of Saudi Arabia’s oil exports. That would be like taking away 25% of the dollar’s power in one fell swoop.

If this happens, it would devalue the U.S. dollar, diminishing its power on the world stage.

Interestingly, the yuan jumped in value immediately after the news.

History reveals that oil-exporting nations follow in Saudi Arabia’s footsteps. This could start a domino effect.

This is a major potential vector of attack for the U.S. dollar. One that you should be prepared for.

“But it’s not the only danger,” Chris warns:

Other experts are worried about what comes NEXT.

And it’s probably worse than you think…

How does a man go bankrupt?

That is how the dollar will likely lose its reserve status: Slowly at first… then all at once.

Alas, the “slowly” phase appears over and “all at once” is in prospect.

The writing is on the wall…