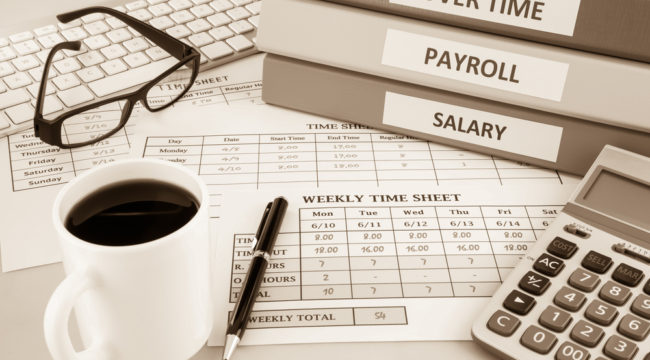 The Worst Jobs Report Since 2017

The big story today is the February jobs report.

In the parlance of the trade, it was a “miss.” And not by a jot, not by a tittle, not by a whisker.

Economists as a whole divined the economy would add 175,000 jobs last month.

A mere 20,000 — miles and miles beneath expectations — and the worst monthly showing since September 2017.

Among the report’s “highlights”:

Manufacturing jobs fell 8,000 below estimate. Retail jobs disappointed to the sour tune of 6,100. Construction jobs fell a full 31,000 short of the glory.

Today’s report sent stocks into red numbers for the fifth straight day — despite a late uprising.

But markets should take heart…

In fact, we suspect Mr. Powell is inwardly pleased today.

The report gives him every excuse to hold — or even cut rates.

And the president will stop battering him about interest rates.

“All of this shows the Federal Reserve can continue to wait before raising interest rates, if at all this year.”

Today fed funds futures are in fact giving a 25% chance of a rate cut by next January — up 5% from yesterday.

What precisely does this morning’s grim report portend for the American economy?

“I don’t think there’s any way to sugarcoat it.”

Mother Nature and Uncle Sam Are to Blame

It was the month’s lousy weather, they bellow. Of course construction jobs are down. And do not forget about the government shutdown.

On hand with his sack of sugar was professional optimist Larry Kudlow, the president’s economic point man.

“Fluky,” is how he describes this morning’s report:

I think you have timing issues with respect to the government shutdown, winter seasonal issues. I think it’s very fluky. I wouldn’t pay any attention to it to be honest with you.

“I think the federal shutdown and the weather are playing games with the numbers,” adds Chris Zaccarelli, chief investment officer at Independent Advisor Alliance.

We are in no position to question a director of the United States National Economic Council… or a chief investment officer at Independent Advisor Alliance.

The professional men had forecast 175,000 jobs.

Were they not aware of the lousy weather… the government shutdown… and all the temporary hobgoblins tormenting February’s employment market?

What is the point of having experts?

And if the number did come ringing in at 175,000 — depend on it — the same experts would seize upon it as proof of a raging economy.

We wonder when they will be exhausted of excuses.

Nearly 10 years running, disappointing economic data have resulted from the weather. Or this temporary malady. Or that brief detour.

It has been a permanent chasing of rainbows.

Yet there has been no pot of gold at rainbow’s end.

The economy is staggering to a crawl.

After today’s botchwork you must dose any expert prognostication with heaping amounts of table salt.

The Federal Reserve’s New York garrison has it at 0.88%.

But the same John Williams is neither concerned… nor surprised.

Plenty of Bang, Not Much Buck

The United States government has borrowed in excess of $10 trillion over the prior decade.

To hone in closer, the nation’s debt increases roughly $100 billion per month.

We are getting plenty of buck, that is. But not much bang.

What Manhattan Project is the United States government financing?

So Far, So Good

Yet the president of the New York branch of the Federal Reserve is unconcerned.

We are reminded of the blind fellow who falls off the 100-story building.

Either way, the pavement is coming up fast…